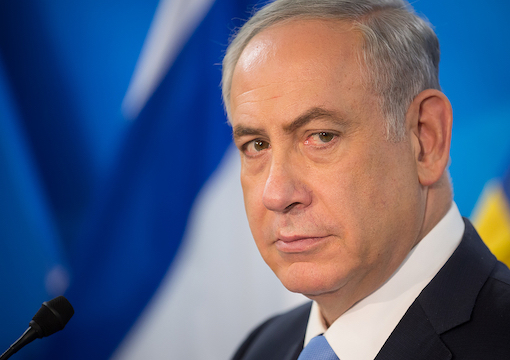 The Week’s Most Grandstanding, Rebranding, and Winter Wonderlanding Headlines

DEAF COMEDY JAM
Blackface, meet blackhand. Last month, the sign-language interpreter for Broadway’s The Lion King was fired for being white. The black performers who comprise the musical’s cast felt it was insulting to have a white man sign their dialogue for the hearing-impaired.

It should be noted that these same black performers dress as animals every night to entertain the mostly white audience members who’ve spent more than the GDP of Botswana to watch black people scoot about a stage hooting and squawking like jungle beasts.

These are the actors who felt insulted that a white man was doing sign language in their theater.

Apparently, only black hands can sign for black speakers. The problem is, it’s still technically illegal to sack people on account of skin color, so last week, after being hit with a federal discrimination suit, the Broadway nonprofit responsible for the firing offered a hefty settlement to the aggrieved signer, and while this can’t be confirmed, word has it that after getting the money, the interpreter gleefully gave the nonprofit one final “sign” that involved a single finger.

As reported in the NY Post, word of the settlement was met with outrage by “black Broadway,” many members of which supported the canning on the grounds that it’s racist for white hands to sign for black mouths. That said, seeing how ASL was developed by a white man, Thomas Gallaudet, perhaps black Americans should simply create their own alternative.

A good place to start would be the Bloods and Crips, who back in the 1980s truly innovated what could be communicated with hand signs.

While Broadway learned an expensive lesson that skilled professionals can’t be fired for having pink pinkies, producers are nevertheless finding alternative ways to make deaf theater more black-friendly. A new iteration of The Miracle (Disgruntled) Worker will see Helen Keller, played by Gabourey Sidibe, shoot up a McDonald’s after receiving cold fries.

“I might be blind an’ deaf,” Keller says in the new production, “but I can still taste.”

Expect the play to sweep the 2023 Tonys.

NAPPY MEAL
Speaking of cold fries, last week was an especially busy one for people of color who fight the good fight to ensure that any fast-food dissatisfaction is met with bloody violence.

In Gastonia, N.C., honor student Jerrell Oates was no Quaker when he learned that the barbecue sauce he demanded for his Baconator burger at Wendy’s would cost thirty cents extra. Enraged, Gentle Jerrell pointed a gun at the drive-through cashier, threatening to shoot her if she didn’t give him forty acres and a meal.

Police arrested W.E.BBQ Du Bois as he sat in the parking lot, awaiting sauce that never came. His uneaten Baconator was donated to the National Museum of African-American History, but because it arrived cold, five museum staffers died in a shoot-out.

Meanwhile, in Atlanta, the cast of Hamilton got into a free-for-all in a McDonald’s parking lot as customers brawled with workers over an order that contained an incorrect item. The bloody fight resulted in multiple arrests and injuries. Police said it could’ve been much worse had McRibs been involved.

And at Habit Burger Grill in Antioch, Calif., 19-year-old assistant manager Bianca Palomera lost an eye after intervening when a group of traffic light inventors assaulted a mentally retarded boy while standing in line. Palomera was badly beaten by the Netflix extras, who fled without their food (but in the end, is it really about the food, or the friends we blind along the way?).

Finally, in a Miami-Dade courtroom, a gent named Jermaine Bell reacted to his conviction for a series of armed retail robberies by drinking a cup of bleach. Thankfully, years of fast-food ingestion had rendered his stomach impervious to caustic poisons, so he survived.

Upon returning to court, he pulled a gun on the judge for not giving him a packet of BBQ sauce as a chaser.

“Benjamin Netanyahu is back in power, with a coalition so right-wing, Palestinian homes are collapsing from fear before the bulldozers can even get there.”

Still, one has to ask why a man with so much baggage would seek to steal more.

Brinton’s been placed on leave from his government job, which means the nation’s supply of nuclear waste is no longer under the watchful eye of a man who gets sexually aroused by Marmaduke.

One hopes we’ll survive his absence.

For his part, President Biden has pledged to replace Brinton with someone into even freakier sexual exploits, but he told the AP that will depend on whether Hunter has time while being investigated by congressional Republicans.

NETANYAHU…SERIOUS?
His franchise continues. Israel’s unkillable bogeyman, the monster who keeps coming back.

Kike-el Myers, Freddy Jewger, Pennyweizmann; you cannot kill this beast. Fraud convictions? Lost elections? Scandal after scandal? Nothing cancels this guy. He’s likely the only politician in world history to actually “get tired of winning,” because it’s a streak that never ends.

Benjamin Netanyahu is back in power, with a coalition so right-wing, Palestinian homes are collapsing from fear before the bulldozers can even get there.

And here’s an interesting twist, especially now, when black/Jewish relations are at an all-time low: Netanyahu’s new coalition partner, Itamar Ben-Gvir, is a disciple of the late Rabbi Meir Kahane, an anti-Arab ultranationalist and founder of the Jewish Defense League.

Kahane was murdered 32 years ago in NYC by Muslim terrorist El Sayyid Nosair, who was acquitted of the murder—committed in the open before a hundred witnesses—by a majority-black jury. In fact, jury members convicted El Sawyer Nosehair of owning the murder weapon and firing it, but not of the murder itself, a resolution so bizarre Nosair’s own attorney called it “irrational” and the judge called it “devoid of common sense and logic,” both quotes being synonyms for “a verdict from a black New York jury.”

Nosair, allowed to skate on a murder rap, went on to be involved in the 1993 World Trade Center bombing, proving once again that there’s just so much sympathy you can have for New York.

And now Kahane’s student is arguably the most powerful man in Israel, or at the very least the Leatherface to Netanyahu’s Jason Voorhees.

Perhaps Kanye West will visit Jerusalem to lecture the new right-wing government on the “true identity” of the Jews.

Kanye’s had many recording successes over the years with his rapper friend Mos Def.

KKKARAOKE
Sing, sing a song,
Sing out loud,
Sing out strong.
Unless you’re a white guy in your car just trying to sing along,
Because now, you’re singing wrong.

Marcus Stokes was livin’ the life. Considered one of the best high school football players in the country, the four-star QB had been offered a scholarship by the University of Florida to play with the Gators.

A bright future indeed! But then he had to turn on the damn radio.

Stokes, who’s white, was recorded driving in his car while mouthing the words to a rap song…and one of those words was “nigga.” And instead of doing the right thing once the killing word was heard (ceasing lip-synching, pulling over, acknowledging his privilege, apologizing for his skin color, and writing a check for $1,619 to the Ibram Kendi Fund for Funding Ibram Kendi), Stokes dared to mouth the forbidden word.

And now his life’s over: scholarship dropped, offers from other schools rescinded.

Well, that’ll show him for singing. If music be the food of love, give the white guy the cold fries, because he’ll accept them and declare himself unworthy of the bounty. Stokes released an apology for literally killing every black person in America by saying a word that for some odd reason blacks can hear spoken by whites in Tarantino films without dying.

Stokes wrote that he hopes he’ll be allowed to learn from his mistake and move on with his life, and then he suffered an aneurysm from laughing so hard at the notion that in today’s America such mercy would ever be extended to a white person.

And thus we close this week’s Week coming full circle, back to Helen Keller, the model for the perfect white American of the future. Hear no nigga, speak no nigga. And blind to the wreck that the nation’s become.