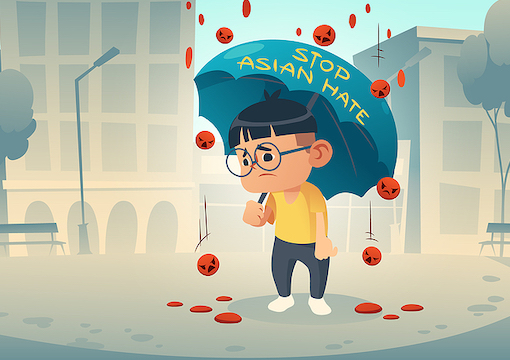 The Week’s Most Hopping, Bopping, and Christmas-Shopping Headlines

REFRIED BEAN
There’s a reason Mexicans do the drywall and not the electrics.

The Miss Sahuayo Pageant in Michoacán is one of Mexico’s largest and most beloved beauty contests. Every year, hundreds of young chicas whore themselves up with enough foundation and blush to repaint Teotihuacán as they compete for the pageant’s top prize: a free coyote ride to America (“Sahuayo” is Zapotec for “have your baby on that side”).

This year’s pageant featured all the usual talent competition categories: the narco cartel bullet-dodge, the “name every El Santo movie” trivia game, the “si, si, this is my child” look-alike contest (where the winner is the woman who most resembles the unrelated minor who’ll accompany her across the border), and “graceful entry and exit from a lowrider” (an audience favorite).

Unlike with U.S. pageants, there are no transgenders at Miss Sahuayo. And no transformers in the electrical equipment. Apparently, the microphones are directly wired to a lightning rod on the roof (if that sounds low-rent, remember, this is a nation that only last year figured out the shoehorn).

Having the contestants grab a live electrical wire may not seem like a great idea, but…

Okay, there’s no but.

As 22-year-old beauty Andrea Granados-Victor strolled to the mic in her festive regional costume to read a poem of national pride (“I think that I shall never see, a poem lovely as amnesty”), she grabbed the poorly wired mic with gusto…and in a split second the electrocuted young Latina became Jerry Lewis, spastically oygenflaygening around the stage, the mic still firmly in hand (either the current was preventing her from dropping it, or she didn’t possess the critical thinking skills to know that she should, a testament to the quality of Mexican public schools).

For most in attendance, seeing a spot-on accurate Jerry Lewis impression was the closest they’ll ever come to visiting France.

Thankfully, Granados-Victor was okay, and while she didn’t win overall best of show, she was proudly awarded the title of Miss Sizzling Carnita.

BRACKFACE
Here’s a joke for the times:

Two blacks and a Chinaman walk into a college administrator’s office.

The Chinaman turns to the other guys and says, “Where’s the Chinaman?”

A silent uncomfortability permeates the room.

Okay, not a thigh-slapper; sometimes something isn’t funny because it’s true.

Remember that episode of The Simpsons where Apu unconvincingly acts like a white American to avoid deportation? Well, turns out that’s fast becoming the only way for Asians to get into a university. According to a piece in last week’s New York Times, Asians are being advised to appear as non-Asian as possible when applying for college, to avoid affirmative-action bans on high-achieving Asian students.

Such news must have come as a great surprise to NYT readers, who’ve been reassured for decades by the paper’s editors that such bans don’t exist. However, it came as no supplies to Asian college applicants, who’ve come to realize that even if they don’t check a race box on the form, their extracurricular interests and activities give them away to the highly paid university ethnologists who have quotas of blacks and Hispanics to fill.

According to the Times, Asian applicants are avoiding any mention of playing chess, violin, or piano, stereotypically “Asian” pursuits. Other dead giveaways to leave off the form: using paramour Eric Swalwell as a reference, and listing as a hobby “making shrill drawn-out vowel sounds and calling it a language.”

Asian applicants are being advised to make themselves seem more “black” on their application form. Suggestions for the personal accomplishments section include “I was tried as an adult at age 13,” “Because of me my local Walgreens has everything behind glass,” and “I can totally pronounce ‘cold fries,’ but if you gimme them someone’s gettin’ capped.”

Also, on the vocabulary section, never under any circumstances know the meaning of “child support.”

Finally, mention that you always vote Democrat no matter how bad it harms your community. Oh, wait…that’s an Asian trait, too.

New census figures show that for the first time in the U.K.’s history, Christians are a minority. At only 46 percent of the population, Christians (of any denomination) have been overtaken by atheists, the irreligious, Hindus, and—with a dramatic 44 percent rise in their population since the last census—Muslims.

To celebrate England’s first Muslim Christmas, secularists have rewritten Dickens’ overtly Christian seasonal classic to make it more relevant to the Albion akbars. In the new version, Scrooge wakes up after a night of having been tortured into accepting Islam by four jihadi ghosts:

Running to the window, Scrooge threw it open: “What’s to-day!” he cried, calling downward to a boy in Sunday clothes.

“It’s Christmas Day!” said Scrooge. “I haven’t missed it! My boy, do you know the toolworks in the next street but one, at the corner?” Scrooge inquired.

“I should hope I do,” replied the lad.

“Go fetch me the largest axe! Come back with it, and I’ll give you a shilling.”

As the boy took off, Scrooge said to himself, “I’ll behead Bob Cratchit for celebrating this blasphemous infidel holiday.”

And Scrooge was better than his word. He carved up Bob Cratchit real good. Tiny Tim, too, whose last words as the axe descended are on the lips of every remaining Christian in “diverse” England: “God help us, every one!”

And that “youth charity” is in trouble.

What kind of trouble? We don’t know. And likely we won’t, because an internal report on the nefarious actions of the org’s former CEO won’t be released because the trannies who run the joint can’t find “a safe space where it can be read.”

As reported by the Daily Mail, that’s an actual quote.

Oh, the trannies would like you to see the report. Transparency is all-important to a bunch of people who lurk behind the backs of parents to encourage children to cut off their breasts and penises.

But darnit they just can’t find a safe place to read the report free of harassment from “transphobes” who might use the details of the report to get funding pulled from an org that mounts the amputated boobs and willies of preteens over the mantel as a big-game hunter would do with lion heads.

It’s really quite a testament to how unfair a world this is that a group of child mutilators can’t find a safe place to read about how foul they are. So in the spirit of the season, The Week That Perished is happy to offer a suggestion: Try going to any theater showing Black Adam.

Well, okay, it’s always the season for hate hoaxes, the gift that, for race-baiting journalists, keeps on giving year-round.

According to the JuPo, comments by Kanye and Kyrie prompted these crimes. Except the main incident cited by the Post, the arrest of two armed swastika militants at Penn Station, happened prior to the meltdown by the black Hebrews. So that retroactive blame-game is kind of like saying, “The Japs only bombed Pearl Harbor because FDR accused them of infamy.”

Worse still, left out of the Post piece is the fact that one of the Penn Station Panzers is Matthew Mahrer, a Jew whose grandpa survived the Holocaust.

Mahrer’s family told the press that they first suspected Matty was a Nazi when as a boy on Hanukkah, instead of wanting chocolate coins from his granddad, he demanded the old man’s gold teeth.

Meanwhile, in Virginia, a verminous Klansman threw a rock through the window of the UVA Black Cultural Center (thankfully nobody was hurt as staff members were several blocks away brawling at a McDonald’s). The campus went on lockdown because who but a genocidal racist would vandalize a black cultural center?

Here’s who: a black woman. Last week police arrested headscarf-wearing proud Afrocentric sista Zaynab Bintabdul-Hadijakien for the crime. Her motive is unknown, but authorities suspect it might be rooted in bitterness due to her name being indistinguishable from a randomly generated confirmation code.

“Thank you for booking your flight on United. Your confirmation code is ZAYNAB BINTABDUL-HADIJAKIEN.”

Add these incidents to the case last month of a gay man who vandalized a Manhattan gay nightclub because [insert insignificant bitchy reason here], and you have a trifecta of Christmastime hate hoaxers for the manger: Jew, black woman, and gay man.