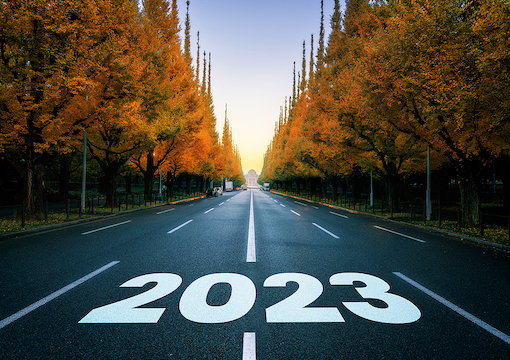 The Week’s Most Cheering, Jeering, and Happy New Yearing Headlines

SLAP UNHAPPY
Poor Will Smith, doomed to a career bookended by plaintively wailing, “How come they don’t want me, man?”

Smith’s reportedly in deep distress over the failure of his latest “Oscar bait” film, Emancipation (can you really “bait” an Academy that’s banned you?). According to reports, Smith sees the film’s disastrous numbers as proof that audiences haven’t forgiven him for slapping Chris Rock, though far more likely it’s just a matter of people not wanting to sit through another crappy “noble slave” film. That said, it surely didn’t help that the star proved himself most ignoble in real life by decking a comedian to please a domineering wife with Charlie Brown’s head but none of his humility.

In Emancipation, Smith plays a slave who flees his plantation after the overseer serves cold fries for lunch (it’s a black history origin story). Battling slave-catchers and a dastardly house negro, Emancipation is like Django Unchained if shot with the pretentious faux earnestness of Schindler’s List. Smith’s character is loosely based on a real slave named “Whipped Peter,” whose scarred back was photographed for abolitionist propaganda. Since Smith has been figuratively whipped by the bowling ball in a Gaultier gown he calls a wife, the casting choice was appropriate.

If it’s true that Smith’s Oscar slap has come back at him to sink his career, his current film should be called Boomerango Unchained.

Other than the photo of Whipped Peter, Emancipation has little to do with real life. Some have criticized Smith’s character as anachronistic—a brilliant slave engineer—and audiences have had trouble with the climax, in which the character evades his oppressors by inventing the traffic light and setting it on permanent red at the bayou entrance.

12 QUEERS A SLAVE
At least gay congressman-elect George Santos never claimed to be descended from black slaves. And that’s likely the only lie he didn’t tell. Santos lied about having a degree from Baruch College; turns out he never went to any college (but he did see How High three times, which counts as a degree in California). He also lied about having “clerked at Goldman Sachs” (he meant to say “jerked Gary Oldman’s sacks”).

But by far Santos’ worst fib was the one about being a Jew whose grandparents were European Holocaust survivors. That’s the kind of falsehood that makes Rachel Dolezal go, “Daaaaaamn.” And it’s one to be especially avoided in New York.

In reality, Santos is just a run-of-the-mill Catholic Latino whose family came from Brazil.

When Santos’ Holocaust lie was exposed by the NY Times last week—prompting the log-crappin’ Republican to soil himself in shock—he responded by telling the press that when he said he was “Jewish,” he meant “Jew-ish,” as in, “like a Jew, but not” (yes, he really said that). He also argued that he never claimed his grandparents escaped the Holocaust; he said they fled the Olácaust to get away from overbearing Brazilians constantly saying “hello.”

In retrospect, reviewing Santos’ long trail of lies, there were obvious tip-offs that he’s a deceitful Hispanic pretending to have connections to the Holocaust. He claimed that his grandfather had been interned at Ay Chihuaschwitz and his grandmother at Sobibarrio. He cited as his favorite Holocaust author “Ese Wiesel,” and he bragged that on one of his Israel trips, he tagged the Wailing Wall for the Latin Kings.

Too bad no eagle-eyed journalists caught any of that until after the election. In fact, the media stayed mute about the Santos bombshells until after he won.

There’s a movement to stop House Republicans from seating Santos as the new Congress convenes. Silence from GOP leadership on the matter comes not from stonewalling but from the fact that all GOP House members have also soiled themselves in shock over the fact that for once mainstream media election-year journalistic malpractice worked in their favor.

A spokesman for the MSM apologized, saying, “Look, we were distracted. Taylor Lorenz was crying about misogynist tweets. We had to prioritize!”

RECTUM? IT NEARLY KILLED ’IM
How bad are the French at fighting wars? So bad that they continue to take casualties from a war that the other side lost more than a hundred years ago.

Last week an 88-year-old Frenchman walked into a hospital in Toulon with a World War I German artillery shell stuck up his rectum. Why did he have a relic from the war to (rear)end all wars inserted up his butt?

According to the hospital, it was something the proctogenarian did “for sexual pleasure.”

It stands to reason that any nation that actually likes Jerry Lewis films would be into other freaky crap as well.

The bomb squad was called, but it was determined that the shell is an antique. And thus was born the most uncomfortable episode of Antiques Roadshow ever.

Eventually, doctors removed the shell from Louis Sphincteur’s behind. When news of the objet d’arse made its way to the U.S., a now-jobless Sam Brinton found inspiration in the story: Security cameras can’t catch you walking out of an airport with a stolen item if they can’t see where you put it!

Word has it that Hollywood is eyeing the Toulon incident for a big-budget period piece, All Quiet on the Western Rump.

Word also has it that Richard Gere has volunteered to star for free.

SNOW MISER? MORE LIKE SNOW NAZI!
A big-freeze “bomb cyclone” is wreaking havoc across the U.S., sowing destruction in states from Colorado to New York. Sixty fatalities have already been recorded; people dying in their homes and cars, air travel at a standstill, cities crippled as streets become impassable and water pipes are frozen solid.

So of course the real villain is racism!

According to United Nations “racism rapporteur” Tendayi Achiume (a rather grotesque female-identifying figure who resembles Meshach Taylor in the Mannequin films), not only is climate change racist, but so are attempts to fight it. According to Achiume (a name that, when spoken aloud, is almost always met with “gesundheit”), “green solutions to the climate crisis” like “electric cars and renewable energy” are “racist” because only racism causes climate change and therefore any solution not “centered” on fighting racism will perpetuate the problem.

Achiume teaches at UCLA, but that’s only because she found Oberlin too conservative.

Achiume isn’t clear about how racism influences weather, but knowing the climate alarmist obsession with flatulence, it might have something to do with black people farting too much. Although considering their diet, that’s more likely a problem for Mexicans.

According to Achiume, the climate crisis will only end once “people of color” get “reparations for slavery and colonialism.” And wouldn’t you know it, black folks in Buffalo are working on that as we speak. With the city so frozen that authorities are telling residents to stay indoors at all costs, doughty reparations-seekers have been breaking into retail shops to steal “life-saving necessities” like flat-screens.

Kind of calls into question the idea that blacks need mail-in voting because going to a polling place is too taxing for them.

Still, one must sympathize with Buffalo’s black residents; it’s easy to lose morale—indeed, to lose hope itself—in a land in which all fries are cold.

RETURN OF THE SPREAD-I
If the Chinese are going to put the world through another round of Covid, could there at least be a ban on dancing nurse videos this time? And if not, then maybe it’s preferable for China to skip straight to the Taiwan invasion and global nuclear war. Because frankly, if it’s a choice between being inundated with those asinine videos again or being vaporized, most people would likely choose the latter.

It turns out China’s “zero Covid” policy was a bust. Hard to believe that dealing with a pandemic by welding people into their homes and starving them was a bad idea.

Are the Chinese really that smart, or does it just seem that way on standardized tests because the curve is so badly thrown off by American students?

By employing a policy of brutal isolation of its citizens after having already spread Covid to the world, the Chinese government left its people with no natural immunity for when the disease inevitably came around after going around.

So now the CCP is facing a new Covid surge, even as it abandons “zero Covid” and allows its subjects to travel freely again. All that’s needed to solidify the January 2020 time loop is for Nancy Pelosi to urge Americans to greet the incoming Chinese disease-carriers at the airport with hugs and kisses.

As the world braces for the return of disease-spreading Chinese tourists, looking at the bright side that at least people whose language consists of one long, shrill vowel sound don’t spit as much when they talk as those who use consonants, remember that 2023 isn’t an election year, meaning that Democrats will welcome renewed reasons for mask mandates, school closures, lockdowns, and other unpopular leftist obsessions.

If only the Biden administration can find a way to end Title 42, America can be inundated with disease-carriers from all sides!

So have a Happy New Year, but a wary one.

Democrats are never more dangerous than in an off year.