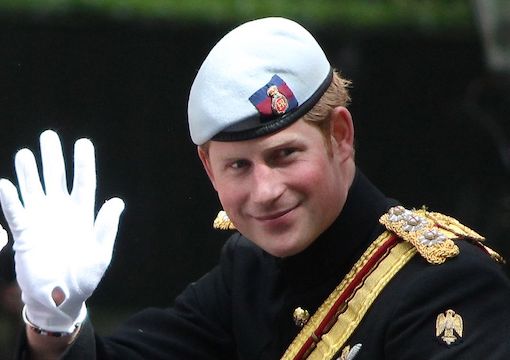 The Week’s Most Creamy, Steamy, and I-Have-a-Dreamy Headlines

At least Muslim terrorists had demands. Today’s woke terrorists-of-color want to make you squirm just because they can.

In Australia (a.k.a. the place where Steve Irwin dying suddenly after being jabbed by a slippery bottom-feeder should’ve served as a warning to a compliant populace about mandatory vaxxing), the owners of Redleaf Wollombi, “a magnificent, luxury country retreat located in New South Wales’ picturesque Hunter Valley,” decided that the best way to repent for being white people who own a luxury resort frequented by white people was to decorate their rooms with paintings depicting evil whites massacring innocent POCs.

How better to kill the buzz of whites paying tens of thousands of Australian dollarydoos to hold fancy wedding receptions than to remind them of their genetic malevolence?

“We’ve renamed our honeymoon suite the Dachau Room. The cries of a million tortured souls are your alarm clock; human bodies stacked like cordwood are the actual cordwood for the fireplace. And there’s just one channel on the telly, and it only shows Schindler’s List. ’Appy ’oneymooning, mates!”

Well, that should reduce the number of white honeymoon-conceived babies!

Last week, “black Instagram” noticed a photo of a white wedding party at Redleaf. In the background of the photo was a huge painting of European soldiers slaughtering indigenous natives.

An outrage! “How dare white people enjoy themselves in front of a reminder of genocide!” black Instagrammers bellowed. Redleaf’s owner, Schmuckodile Dundee, tried to explain that the portraits are intended to remind whites of their “negative history” (indeed, he pointed out that accompanying each painting is an explanatory note of why whites suck), but no dice. Redleaf was branded racist, and reparations are now being demanded.

DUTCH CARBUNCLE
Sticking with a theme…

The Dutch were never great slavers. During the heyday of the Atlantic slave trade, the Dutch bought black slaves to import to their colonies in the Americas, but they never had success when it came to obtaining slaves directly from Africa. The problem was, Africans kept mistaking their language for the sound of jungle beasts.

Dutch tradesmen in Africa would invariably end up confusing the local cannibals. “Wait, it looks like a human, but sounds like a demonic animal. Should we eat it or make a god of it?”

However, even though the Dutch were never master slavers, being Europeans, these days they nevertheless feel a need to prostrate themselves before the world’s black population. One would think that decades of Amsterdam’s legal pot, shrooms, and white hookers would be enough reparations for Third Worlders to merit a little forgiveness for slaving that, at most, accounted for 5 percent of the total trade. But one would be wrong.

In December, the Dutch government agreed to issue a formal apology for slavery. The apology would include the erection of an official monument to Dutch slaves, which has yet to be built, but you can see the artist’s conception here, and frankly, it looks like a giant outdoor barbecue pit with weather-vane castings of black people swimming.

So, it combines black people’s most desired pastime with their least.

Unfortunately for the Dutch, who foolishly believed that good intentions matter when it comes to whites, six Surinamese organizations sued to prevent the apology from being read…because it was written by the Dutch and not the Surinamese.

Yes, the Surinamese insist on writing the Dutch apology for the Dutch. Which in any other circumstance would make people say, “But what good is an apology if you make it for the person whose apology you demand?” But as with all POC reparations strong-arming these days, it ain’t about the apology but the control. The Surinamese, like hostage-takers forcing their victim to read a pre-written statement “of his own free will,” want to show that they can manipulate the Dutch, ventriloquist-style.

Fortunately, as nobody on earth speaks Dutch but the Dutch, whatever eeps and aaks they recite won’t be understood by anyone else.

“How was school today, my little bubbeleh?” his mom asks.

“Well, what about the wonderful one that instructs you how to fellate your male friends?”

“Well, surely you read the stupendous one about how sex with an adult man is as fun as a day at Disneyland?”

“Not that one, either,” Timmy responded.

“Really, my little dahling? Then what banned books did you read?”

“Well, there was this one by a guy named Jean Raspail. In 1973 he predicted that the West would be flooded with Third World rapists and murderers, and white leaders would sell out their people in the name of ‘anti-racism.’ And boy, did he call it!”

“What?” the mother shrieked.

“How better to kill the buzz of whites paying tens of thousands of Australian dollarydoos to hold fancy wedding receptions than to remind them of their genetic malevolence?”

“And this one called Irreversible Damage, about how transgender pseudoscience is destroying an entire generation of young girls.”

At this point, the mother could only gasp; she had no air for words.

“Oh, and this one from a Jewish guy named Cole who claims that historical accuracy matters, even regarding the Holocaust. That one’s so banned, Amazon doesn’t even allow used copies to be privately sold.”

And with a mighty “oy,” the mother’s body hit the floor. Stroke, fatal. She was buried at Temple B’nai Hill the next day.

DUKE OF CHURL
And speaking of penises…

One of the most stunning revelations in Spare, the autobiography of the con artist formerly known as Prince Harry, is that several years ago during an arctic expedition, this useless appendage nearly lost his own useless appendage, as the whipped royal’s little wee-wee got frostbite.

What Harry was doing on an arctic expedition is left unsaid, although speculation is he was searching for a yeti, as he has a great fondness for frigid monsters.

Fortunately, Harry’s frusen tädjér was quickly thawed by the brimstone breath of his betrothed.

Considering that Harry’s father once wanted to be a tampon, the chilly willy tale doesn’t seem so bad in comparison.

The publisher of Spare, Transworld Penguin Random House (“trans” because it’s a house of schlock that identifies as a serious publishing concern), bragged that Harry’s tome has outsold every nonfiction book ever.

So those numbers are less impressive when viewed in that context.

Hillary Clinton’s postelection memoir What Happened only made it to 300,000 (Bill had counseled that it would’ve sold more copies had she used his title suggestion, which he believed better represented the contents: Dog Farts Loudly).

Or at least Idiot Falls Through Glass Ceiling.

AIRPLANE EVACUATION
In the Hindu faith, the elephant god Ganesha is considered a good luck charm for travelers. Indeed, Indians often carry statuettes of Ganesha with them on international flights. But last week one overhydrated Hyderabadi couldn’t find the discipline to keep his own “trunk” tucked away in his carry-on.

Shankar Mishra, vice president of Wells Fargo in India, voided more than a check on an Air India flight from New York to New Delhi. In the middle of the journey, the dotty dot-head decided to shake the dew off his bud-bud-bud by urinating on the 72-year-old woman sitting in the adjoining seat.

According to police reports, not only did the poor old bat find her clothes and phone soaked in a stranger’s pee-pee, but her soft drink, a Coke, was contaminated as well.

Mishra was charged with assault, disorderly conduct, and cultural appropriation for impersonating a Chinaman.

Wells Fargo released a statement assuring the public that Pishra has been terminated for his unauthorized withdrawal. Outrage over the fact that a top Indian banking executive would golden (temple) shower an innocent bystander was compounded by public disbelief that India actually has its own airline.

“They mastered air travel? But they haven’t even mastered the toilet.”

And at that point it all starts to make sense. Generally speaking, it’s best to housebreak a populace before putting them on planes.

Air India: where intercontinental flights are incontinental, and nothing is doody-free.