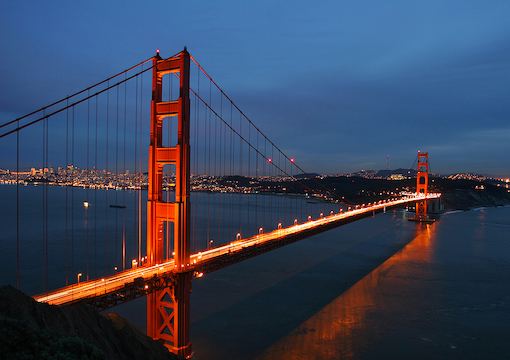 The Week’s Most Swarming, Norming, and Storming Headlines

THE FINAL SOIL-UTION
It’s a popular meme: A wolf, spying a bunch of hunter-gatherers, muses, “Maybe I’ll befriend those humans; what’s the worst that could happen?”

Cut to an image of a toy poodle dressed up like a pansy by its owner.

The joke is that something deadly allowed itself to become sissified.

Which brings us to the Germans. Hard to believe that a mere eighty years ago Germans were ruthlessly stomping through the world, braving Russian winters, Alpine cliffs, Arab BO, and French VD as Aryan supersoldiers mercilessly crushed all who stood before them.

Today? Germans get defeated by mud.

As the world’s calcified, corrupt elites take temporary leave of their private islands, mountaintop mansions, diamond-studded Bugatti La Voiture Noires, Fabergé egg omelets, and child sex-slave dungeons populated by clones of Ricky Schroder in his prime, to fly to Davos for the WEF summit to lecture the poor about extravagance, and as their private jets create more CO2 in one week than a Chinese factory town releases in a year, the Germans, driven to energy austerity by wind and solar, decided to raze a long-abandoned town to mine the coal beneath.

Enter Greta Thunberg and a bunch of hippies, who decided to blockade the desolate town to prevent the miners from entering.

And when German police tried to confront the protesters, they got stuck in a mud puddle. Yes, all of them. And then a nerd in a wizard costume pushed them down.

Yes, all of them.

A people who once came this close to taking Moscow now can’t cross a muddy field.

Quoth every Jew in Europe: “I wish they were as incompetent back then.”

Here’s mud in your oy.

We can’t teach Third Worlders to fish, Oygenflaygin McDweeb stated, because they can’t learn no matter how hard we try.

“We haven’t figured out how to make poor countries grow,” he screeched. “The fact remains that we don’t really know how to teach people to fish. We do, however, know how to give people fish—and we know it leaves them a lot better off as a result.”

In a perfect world, nobody would listen to brain-damaged white Urkel. But in California—a place made perfect by nature but rendered septic by man—San Francisco’s “slavery reparations committee” has ruled that the black descendants of San Francisco slaves (there was no slavery in San Francisco or anywhere in California, but never let reality get in the way of a good racial grift) should get $5 million apiece for having been enslaved in the slavery that never existed in the state.

Cut to the shifty eyes of every Chinaman whose ancestors lost property following the confiscation of Chinatown land after the 1906 quake. “So, you give the brack man repalations for what no happen here, but I get nothing for what did?”

And right there is why the Golden Gate reparations scheme will fail. San Fran is 5 percent black and 37 percent Asian. And as much as Asians are willing to sacrifice a lot in the name of wokeness—street beatings, academic rejection, dine-and-dashes in their restaurants—when it comes to cold hard cash, woke takes a back seat. The idea that every black SF resident will get $5 mil but Asians will get nothing ain’t gonna fly (or as they say, “fry”).

So there’ll be no free fish for the black market.

Thankfully for local blacks, San Fran is a great place to learn how to fish, if you’re comfortable on the water.

BLACK MUZZLE-IMS
Even if San Francisco’s Five Million Dollar Maaaaaaan scheme fails, Rep. Sheila Jackson Lee of Houston (a.k.a. “the part of Texas where conservatives from other states don’t move”) has proposed a bill to criminalize the speech of whites.

“An irony that AOC, a former barista, made a film that took in less money than the theater’s coffee concession.”

Under Lee’s bill, if a white person utters any words that are critical of nonwhites, and if someone who hears those words harms a nonwhite, the white person who spoke the words—even if he had no contact with the harmer nor any intent to do harm himself—would be arrested as a terrorist.

Perhaps most important, the bill mandates that “no fries shall be served to a person of African descent at a temperature below what constitutes ‘them good fries.’ No person of African descent shall be served ‘them cold-ass fries.’ Any violation of this law shall entitle the aggrieved person of color to kick one (1) cash register off the counter, or throw not more than three (3) wet floor signs at the staff.”

House Republicans are expected to support the bill to prove that Democrats are the real racists.

And Republicans are the real morons.

HOLLYWOOD DOESN’T GET THE MESSAGE
Turns out audiences aren’t that into ideological “change the culture” message movies, left or right. Last week, the AOC “documentary” To the End, which charts the meteoric rise of America’s favorite googly-eyed congressional Chihuahua, ended its theatrical run having earned a grand total of $15,801 from 120 screens. That’s roughly $131 per screen. An irony that AOC, a former barista, made a film that took in less money than the theater’s coffee concession.

When your film earns less than the average ghetto-dweller’s daily EBT allowance, that’s a sign that nobody wants to see you.

Trying to put a happy face on the matter, AOC told the press that her movie was actually part of her “green energy” wind power plan.

“Nothing blows harder than this film,” she proudly stated.

Not to be outdone, last week Gina “I gave up a lucrative Disney gig to tweet about Nazis” Carano’s newest Ben Shapiro-produced epic Terror on the Prairie grossed only $13,115. Professional gift horse mouth-puncher Carano grew irate when Twitter trolls mocked her for trading a cushy Star Wars gig for a Shapiro yawnfest about a strong woman something something family values something something Nick Searcy in a ten-gallon hat.

Even rightists criticized the Carano film for aping the leftist Hollywood trope of the “superwoman” heroine who can beat up twenty guys twice her size (though in fairness, the casting director was initially told to only cast Ben Shapiro-size villains. But every dwarf in town was busy working on Rings of Power).

That’s why the Post ignored the Hunter Biden laptop story, FBI Twitter meddling, Covid vaccine side effects, the harm inflicted on children from masking, the border crisis, and the relationship between murder rates and police defunding.

Sheer insignificance! Of zero relevance to the average American.

On the other hand, Joe Biden eating a burger? That’s news!

Last week the Post ran a 900-word front-page article about how Biden ordered a hamburger over the phone from Ghostburger, a D.C. restaurant. The Post covered the groundbreaking story from all angles, interviewing the woman who took the order, Brittany Spaddy, and the Secret Service agents who picked up the food.

The article has already won ten Pulitzers and a Peabody.

However, The Week That Perished can scoop the Post by publishing for the first time the actual transcript of the call. Enjoy!

Spaddy: Thank you for calling Ghostburger! How may I help you?

Spaddy: Monterey Jack? We only have Swiss or American.

Biden: In the top half.

Spaddy: You want the cheese on the top half?

Biden: No, I graduated in the top half of my law school, Corn Pop U.

Spaddy: We don’t have corn, sir.

Biden: I was raised by Puerto Ricans in a house that got struck by lightning with my wife in it.

Spaddy: Sir, can you just give me your order?

Biden: I arrested Nelson Mandela on an Amtrak.

Spaddy: One tuna melt coming up.