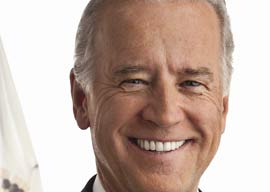 The Week’s Most Divided, Misguided, and Lopsided Headlines

BIDEN’S PAST BITES HIM IN THE ASS
Joe Biden is an unnecessary politician from an unnecessary place named Delaware—a grim, postage-stamp-sized patch of land which became the nation’s first state and then gave up. Through extensive and often gory plastic surgery, as well as a hardline regimen of teeth-whitening that borders on the carcinogenic, he often manages to convince people he is less than 900 years old.

Polls show that, as a white man among a ragtag gaggle of one-eyed communist Muslim lesbian competitors, Biden has the best shot at winning 2020’s Democratic nomination for president.

But there’s one problem besides his personality: He wasn’t always as fond of Negroes as he now pretends to be. Yes, we realize he was Barack Obama’s deferential Chattanooga Shoe Shine Boy and that he once marveled that, for a black man, Obama was amazingly “clean” and “articulate,” but no amount of groveling these days can atone for once, a long, long time ago, saying things that imply that black folks are anything less than gods among humans.

Comments have recently emerged from a 1975 interview Biden gave to some local Delaware publication that nobody has ever heard about—not even in Delaware. In a political climate where one may be forgiven for raping children but never for saying bad things about The Blacks, these comments threaten to cast a Grim Reaper-sized shadow over Biden’s looming candidacy:

I do not buy the concept, popular in the ’60s, which said, “We have suppressed the black man for 300 years and the white man is now far ahead in the race for everything our society offers. In order to even the score, we must now give the black man a head start, or even hold the white man back, to even the race.” I don’t buy that…. I don’t feel responsible for the sins of my father and grandfather. I feel responsible for what the situation is today, for the sins of my own generation. And I’ll be damned if I feel responsible to pay for what happened 300 years ago….

We’ve lost our bearings since the 1954 Brown vs. School Board desegregation case. To “desegregate” is different than to “integrate.”… I am philosophically opposed to quota systems. They insure mediocrity….

It is one thing to say that you cannot keep a black man from using this bathroom, and something quite different to say that one out of every five people who use this bathroom must be black.

I oppose busing. It’s an asinine concept, the utility of which has never been proven to me.

Biden’s handlers are scurrying to reassure us that when he was young—which would have been sometime around the Civil War—Biden fought to desegregate a movie theater and thus force whites to miss all the dialogue because blacks like to scream at the movie screen. They also tell us that he was once the only white employee at a black swimming pool, which surprised us because we were unaware that black people are able to swim.

However, we are glad that these 1975 comments have been made widely available to the public. We had no idea that Joe Biden was so cool, and we plan to vote for him in 2020.

WALKING WHITE MEN ON LEASHES
It comes as no surprise to anyone with two brain cells to rub together like a cricket rubs its legs that the main reason Donald Trump and all his supporters are inhuman is because they see others as inhuman. You don’t even have to be “woke” to realize that. Basically, you simply don’t have to be in a coma to realize that it’s wrong to dehumanize others, which is why Trump and his supporters all need to be dehumanized—constantly.

“Indecline” is a group of righteous freaks who are so firmly on the right side of history that they are in danger of falling off the planet. They gained some notoriety for installing naked statues of Donald Trump all across the country as if they weren’t secretly jealous that he gets more tail in one week than all of them do in a lifetime combined.

Their most recent project, which was unveiled to a gasping public of junkies and tourists last Sunday, was called “Hate Breed,” and it involved placing dog collars on 20 white men dressed in white T-shirts and MAGA hats, then walking them with leashes on all fours to visit Donald Trump’s star on Hollywood’s Walk of Fame. Each self-loathing white beta who volunteered to be part of this conceptual abortion also wore a dog tag bearing the name of someone the group considers to be racist—Ann Coulter, Steve Bannon, David Duke, and Richard Spencer all received personal dog tags.

A press release from Indecline attempts to make sense of this live-action chemical spill:

The project, entitled “Hate Breed”, speaks to race relations in America, specifically the patience exhibited by those most affected by racism and bigotry and their willingness, despite having the greatest right to anger, to walk their attackers down a path to empathy….

Even though those afflicted by hate have the greatest right to anger, often it is only through their kindness or sacrifice that we are able to walk down ignorance until it’s worn out enough to debate in earnest.

NAZI PARTIES AROUND THE WORLD
All over the world, it seems like people wanna party like it’s 1939.

A furor of righteous outrage has spread like wildfire throughout the Southern California town of Newport Beach, inflaming the loins of decent locals who can’t wrap their innocent brains around why a group of kids suspected to be either current students or recent graduates of a local high school would dare to arrange red plastic cups to form a swastika at a recent weekend party.

Thankfully, officials at the Newport-Mesa Unified School District polished their good-guy badges and sent a letter to reassure local parents that they were not in any way, shape, or form, cool with forming swastikas out of red plastic drinking cups:

We were recently made aware of social media postings involving some students who created inappropriate anti-semitic [sic] symbols, and possible underage drinking. While these actions did not occur on any school campus or school function, we condemn all acts of anti-semitism [sic] and hate in all their forms.

Notice how they’re far less concerned with the “possible underage drinking” than they are with the swastika? Underage drinking kills over 4,300 American youths yearly. When was the last time a swastika killed anyone?

…yeah, OK, but that was a long time ago and as the saying goes, swastikas don’t kill people, but people wearing swastikas sometimes killed people.

In Washington, DC, students at the super-posh Sidwell Friends School—a Quaker joint where the yearly tuition is $42,000 and where Barack Obama sent both of his daughters—recently caused an anti-Hebraic kerfuffle when they disrupted a public presentation by flashing usernames that included swastikas onto a large projection screen, causing heartache and heartburn throughout the school and several local communities.

Once more, the school’s headmaster sent out a letter to the parents, reassuring them yet again that he was not “down” with Hitler:

I am disappointed, dismayed, and deeply sorry that such an incident could take place at our School. Racism and anti-Semitism will not be tolerated in this community.

In Belgium, as reported by a journalist named Cnaan Liphshiz, the president of the Belgian League Against Anti-Semitism Joel Rubinfeld is kvetching about an anti-Semitic parade float that his fellow tribesperson Mr. Liphzhiz described thusly:

The display features two giant puppets with streimels, hats favored by some Orthodox Jews, in pink suits. They both have sidelocks. One of the puppets is grinning while smoking a cigar and extending a hand, presumably to collect money. That puppet has a white rat on his right shoulder. Both puppets are standing on gold coins and have money bags at their feet.

All along the parade route, the puppets danced to a song about “bulging coffers” that had “Jews getting extra fat.”

“Prices are rising, so who do they blame?” Rubinfeld asked and then answered before giving anyone else a chance: “The fat, greedy Jew.”

Further outrage was engendered when Belgian carnival enthusiasts on Faebook described Jews as “dick cutters” and “whiners with sausages for ears and woolly curls on their heads.”

PUTTING SAUDI ARABIA FIRST
As the desert kingdom of Saudi Arabia stretches, yawns, and wipes the sand from its eyes to face the modern world, a new wave of nationalism threatens to supplant the old wave of theocratic religious psychosis.

Although the Saudis are making sensible moves such as curtailing the power of the nation’s religious police, they are also doing absolutely insane things such as allowing women to drive.

Whereas “infidel” used to be the social-shaming epithet of choice, it is being replaced by “traitor.” And ordinary, poor-as-dirt Saudi citizens are being urged to go on witch hunts against anyone perceived as less than 108.9% loyal to their homeland:

Accusations of betrayal are lobbed online, printed on threatening notes and trumpeted in red letters on newspaper front pages. Anyone perceived as showing the kingdom in a bad light can be targeted, even comedians poking fun at its idiosyncrasies.

Most people, sadly, can’t seem to breathe without feeling entitled to abuse others, whether in God’s name or that of the almighty state. Under such circumstances, being an impenitent sociopath is clearly the only moral choice.

BILLIONAIRE DIAMOND TRADER DIES DURING PENIS ENLARGEMENT
If it isn’t emasculating enough to require penis-enlargement surgery, how much more horrific is it to die during the surgery, only to be carted off to heaven by guardian angels who are laughing at you?

Thus was the fate of bloodthirsty diamond merchant Ehud Arye Laniado, who suffered a fatal heart attack after having his penis injected with an unidentified substance during a doomed quest to have his diminutive schvanz match his bank account in size.

It was a mere four years ago that Laniado sold the world’s most expensive diamond to a Chinese businessman whose last name, ominously, was “Hung.”