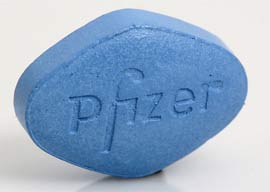 The Week’s Most Acidic, Hasidic, and Druidic Headlines

NEW YORK STATE GIVES FREE VIAGRA TO SEX OFFENDERS
If you are a convicted rapist living in New York State who’s having trouble achieving and maintaining an erection in order to give a new victim a right proper coercive rogering, take heart—the state’s Medicaid program will provide you with erectile dysfunction medicine at no cost!

State law prohibits using Medicaid for any sexual treatments, whether you’re a sex offender or not. But according to an audit released last Wednesday by state Comptroller Thomas DiNapoli, the state doled out nearly $1 million in boner pills and other performance-enhancing treatments between 2012 and 2018. This includes $63,000 for 47 convicted sex offenders.

Although Viagra and other erectile-dysfunction drugs are used to treat other conditions such as prostate problems, the state audit noted that none of the 47 sexual assailants had received any such diagnoses.

While needing a little blue pep pill in order to commit rape is one of the saddest things we’ve ever heard, it is hard to feel pity for these sexual misfits who have trouble getting hard.

LAID-OFF REPORTERS LAUNCH EFFORT TO “SAVE JOURNALISM”
A former BuzzFeed News Washington bureau chief and a former political reporter at the Huffington Post—with emphasis on the “former,” because both of them were laid off as part of the ongoing nationwide purge of journalists due to a failing and thankfully downsizing mass media—have joined forces to “save journalism,” although it’s doubtful that either one ever practiced legitimate journalism, seeing as how they worked at BuzzFeed and Huffington Post.

According to stats these alleged reporters have compiled, Big Tech is in the process of murdering legitimate journalism—a profession whose practitioners pride themselves in being capable of “saving democracy”—by nearly monopolizing online ad revenue:

• In the year to date, over 2,400 journalists have lost their jobs.
• Over 32,000 newsroom employees have lost their jobs in the past decade.
• 60% of counties in the USA have no daily newspapers.
• Nearly two-thirds of all online ad revenue is controlled by Google and Facebook, with an additional 12% gobbled up by Amazon, Twitter, SnapChat, and Microsoft.
• This leaves a mere quarter of all online ad revenue being generated by other publishers, including news organizations.
• 90% of all new ad revenue every year is snapped up by Google and Facebook.

These stats are all highly disturbing, especially in light of the fact that Big Tech is actively stamping out all discourse that does not align perfectly with the globalist homosexual agenda. The problem, though, is that these two bold reporters offer no suggestions for how they intend to “save journalism” beyond whining about Big Tech.

Maybe they should learn to code.

YOUTUBE KEEPS CHIPPING AWAY AT “HATE”
Last Wednesday, YouTube—which is owned by Google, which is owned by Satan—announced that it is fed up, sick and tired, and has had it up to HERE with all the “hateful” and “supremacist” videos that are clogging its servers. YouTube boldly announced that it intends to round up all those videos and send them on a train to the death camps.

Not only is it kicking “hate” in the balls, YouTube will also be exterminating anything that questions the official narrative about the Sandy Hook shooting and something called “the Holocaust.”

According to a statement by the company that we presume was written by a bisexual dragonkin from India:

Today, we’re taking another step in our hate speech policy by specifically prohibiting videos alleging that a group is superior in order to justify discrimination, segregation or exclusion based on qualities like age, gender, race, caste, religion, sexual orientation or veteran status….Channels that repeatedly brush up against our hate speech policies will be suspended from the YouTube Partner program, meaning they can’t run ads on their channel or use other monetization features.

“We predict that the next film to get the YouTube ban-hammer will be Gone With the Wind for daring to depict Southerners as human.”

Perhaps the most high-profile YouTuber to be demonetized and rendered a freshly shaven digital eunuch last week was Steven Crowder, who allegedly called some queer a “queer.”

To show that they aren’t merely horsing around, YouTube also banned Leni Riefenstahl’s 1935 masterpiece Triumph of the Will because it made Adolf Hitler look like something greater than the piece of wormy dogshit we’ve been told he is since nursery school.

We predict that the next film to get the YouTube ban-hammer will be Gone With the Wind for daring to depict Southerners as human.

PROGRESSIVE TECH JOURNALIST ARRESTED FOR CHILD SOLICITATION
If it seems as if 95% of modern male progressives are fat, bearded, balding, and bespectacled, that’s because they are.

Peter Bright also rocks that most hideous of anti-styles, with the added touch of being an alleged pedophile. Bright is a tech blogger who, like most modern tech bloggers, has been brainwashed into thinking that Donald Trump is the evilest man who ever lived except for maybe Adolf Hitler, and only maybe. On Twitter, Bright—who describes himself as “pervy”—once suggested that Trump is an incestuous perv:

it’s unacceptable to call trump a motherfucker. As we all know, it’s one of his daughters he wants to fuck, not his mother.

Bright was recently ensnared by an FBI sting operation and is being charged with Attempted Enticement of a Minor to Engage in Illegal Sexual Activity after failing to realize that the person he was talking with online was not, in fact, a sexually deranged mother who wished for him to teach her seven-year-old daughter and nine-year-old son about “the birds and the bees” but was rather a federal agent.

After Bright asked the “mother” whether her seven-year-old daughter was a virgin, the agent wrote, “She has had the tip inside but not the whole cock … Does that excite you lol?,” Bright responded, “Yes. But I think the tip might be all I can manage.”

Bright also claimed that he was sexually mentoring an 11-year-old Bronx girl in the ways of the flesh. He reportedly sent the agent pictures of his penis as well as a recent document claiming that he was STD-free. He also said he wanted to molest both children and rape the seven-year-old girl.

BOSTON MAN PLANS “STRAIGHT PRIDE PARADE”
As the sweltering summer sun beats down on the cobblestone streets of Boston, one wonders what Paul Revere would have thought about the city’s current mayor openly touting a Gay Pride Parade but having severe reservations about issuing a permit to a man who has applied to have a Straight Pride Parade.

John Hugo is a rather lumpy middle-aged man who helms something called Super Happy Fun America and explains his desire to have a Straight Pride Parade thusly:

We want people to be aware that there is not only one side of things. There’s a lot of people that are uncomfortable with a lot of things that are going on in our country and they’re afraid to speak up.

Boston Mayor Marty Walsh, while not outright denying the parade permit—at least not yet—has said that such a parade would not reflect Boston’s values, and we are left to presume that Boston wants everyone to be gay.

HUFFINGTON POST SAYS MEN CAN GET ABORTIONS
We didn’t know that men could get abortions, and we bet you didn’t know that, either. However, since it is smarter, wiser, and morally superior to us, the Huffington Post recently published an article claiming that “Women Aren’t The Only People Who Get Abortions.”

The article, written by someone with the suspiciously fake-sounding name of Alanna Vagianos, profiles two colored chicks who think they’re dudes. One of them, a certain Cazembe Murphy Jackson, is a scowling “man” who looks like Notorious B.I.G. and got knocked up in college after “he” was raped. In between bites of curly fries dipped in ranch sauce (we made that up), Jackson explained:

For me, abortion can be a women’s issue. You can talk about women power and all of that. But that means a few things: One, you’ve got to include trans women in the conversation because trans women are also women. And, two, you have to include trans men and nonbinary folks because we are also affected by this.

We don’t have to include anyone, you sexually confused bucket of lard, and we want to know that you will not under any circumstances be receiving a Christmas card from us this year.