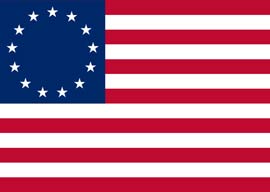 The Week’s Most Chancrous, Rancorous, and Cantankerous Headlines

BETSY ROSS DOES NOT REFLECT AMERICA’S VALUES
When he isn’t failing as a professional quarterback, the angry, big-nosed mulatto known as Colin Kaepernick likes to ignore his personal fortune of $20 million and pretend that America is a horrible place to be black.

In 2016 while he was leading the San Francisco 49ers to an abysmal season of only two wins amid 14 losses, Kaepernick gained tons of undue attention for taking a knee during the playing of the National Anthem to protest the false notion that racist police are out randomly shooting black people to death on America’s streets.

Last year the sporting-apparel colossus Nike—which is based in Oregon, an extremely white state that is extremely displeased with the fact that it is extremely white and will hopefully get what it’s wishing for good and hard—made Kaepernick’s aggressively ugly mug the face of its ad campaign, which had something or other to do with “risking everything” but wound up increasing the company’s value by nearly $1 billion.

Now, just in time to take a poop in everyone’s punchbowl for July 4, Kaepernick and an unnamed posse of undoubtedly disgruntled social activists who likely have never experienced a full minute of being perfectly gruntled in their lives have successfully petitioned Nike to yank a sneaker emblazoned with the flag of the original 13 American colonies. The flag, which is like the modern American flag except for the fact that it features 13 stars in a circular pattern, is often referred to as the “Betsy Ross” flag, although there is scant historical evidence that Ms. Ross had anything to do with its design.

According to “sources,” the Betsy Ross flag is a toxic and cancerous symbol not only of the slave era, but of white supremacy, right-wing extremism, lynching, the Tuskegee Experiment, police brutality, income inequality, redlining, and that horrible joke about how it takes black women nine months to defecate.

Although Nike had already sent out shipments of the sneakers—which bore the transparently white-nationalist moniker of “Air Max 1 Quick Strike Fourth of July”—to stores in time for a July 4 arrival, it buckled under Kaepernick’s disapproval and recalled them.

In response to the recall, Arizona Governor Doug Ducey, who is guilty of both being a Republican and a Caucasian-American and whose state had promised Nike subsidies to open a new plant near Phoenix, wrote:

Instead of celebrating American history the week of our nation’s independence, Nike has apparently decided that Betsy Ross is unworthy, and has bowed to the current onslaught of political correctness and historical revisionism….Nike has made its decision, and now we’re making ours. I’ve ordered the Arizona Commerce Authority to withdraw all financial incentive dollars under their discretion that the State was providing for the company to locate here. Arizona’s economy is doing just fine without Nike. We don’t need to suck up to companies that consciously denigrate our nation’s history.

Interesting that he would use the term “denigrate,” since it contains the word “nigr.”

THOMAS JEFFERSON DOES NOT REFLECT VIRGINIA’S VALUES
The City of Charlottesville, VA used to be known as the stomping grounds of Thomas Jefferson, one of America’s Founding Fathers who planted the evil demon seeds of racism, white supremacy, white hegemony, and White Castle hamburger restaurants like so many demonic zygotes in this once just and prosperous land.

Charlottesville gained notoriety two years ago when a peaceful protest was interrupted by tiki-torch-bearing Nazis who set about murdering and slurring everyone in sight.

“Is there any way out of this mess that doesn’t involve a spaceship?”

To rectify this situation, the town’s city council voted last week to no longer celebrate Jefferson’s birthday (April 13) as a city holiday. To further shove this rectification up your rectum, they will now celebrate March 3—the day that Union forces arrived in Virginia in 1865 to destroy the South—as “Liberation and Freedom Day.”

ESKIMOS GONE WILD!
The humble and overweight Inuit people of Alaska used to be known as “Eskimos,” a term which we find much more adorable and pronounceable than “Inuit” but that somehow has been declared offensive, which is precisely why we’re using it.

Betcha didn’t know that Alaska has the country’s highest per-capita crime rate, much of it clustered in remote Eskimo villages accessible only by boat or plane where you thought they were gently chewing whale blubber in igloos. A reported third of Alaska’s communities, nearly all of them glutted primarily with Eskimos, has no local police force and are havens of meth, heroin, and rape.

US Attorney General William Barr, obviously embarrassed by this situation and what it says about the ability of indigenous peoples to take care of themselves, announced last Friday that the Department of Justice will allocate $10 million in emergency funds to provide at least one policeman for each of these villages. Reports did not specify how much of this $10 million would be set aside for extra-large handcuffs to handle Eskimos’ legendarily chubby wrists.

ANTI-ENGLISH STABBING SPREE IN LONDON
When British soldiers fought the Nazis in World War II on behalf of the Rothschild banking family, they were probably unaware that seventy years later, Afghan asylum seekers would be quizzing indigenous Britons about their ethnicity and then stabbing them with a ten-inch knife if they confirmed that they were ethnically British, but as Adolf Hitler used to say, “them’s the breaks.”

Thirty-two-year-old Samiulahaq Akbari, who is allegedly claiming he was “too drunk to intend to kill anyone,” stands accused of swinging the giant blade at three different Britons over a 10-minute span this past January.

According to prosecutor Heidi Stonecliffe:

This defendant had set out deliberately to threaten, harm and kill members of the public by virtue of their nationality, or what Mr Akbari perceived to be their nationality – they were English.

In court, Stonecliffe read transcripts from an emergency phone call Akbari’s cousin made the following statements:

He said he wants to kill the English people. I can see his eyes, he’s serious….He will do it. He’s trying to run and he will kill someone. Please come quickly.

What do you call someone who seeks asylum in a country where they also seek to kill the inhabitants of that country? We believe the only suitable term for such a person is “jerk.”

PRIDE PARADE TOO “CORPORATE” FOR SOME FAGS
Gay pride is the idea that stuffing one’s face with the genitals of a same-sex person is not merely an act or a preference—it’s something you need to bark at the world until they all submit and accept you. It has nothing to do with insecurity of the methinks-the-lady-doth-protest-too-much sort.

Just like some homos were unhappy that the wholesomely gay presidential candidate Pete Buttigieg made a point of declaring that he did not meet his husband on the AIDS cesspool that is the gay dating app Grindr, now many radical homosexuals are unhappy that the corporate world aggressively accepts them—although they’d be just as unhappy or perhaps even less “gay” if the corporate world rejected them.

In defiance of New York’s official “Pride” parade, terminally un-gay gay activists strutted down the streets of NYC only a few blocks away with something they called the “Queer Liberation March” in which they staged a “die-in” wherein everyone supposedly honored dead AIDS victims by lying down in the street and pretending they, too, had died of AIDS. They also chanted snappy slogans such as “Every gender, every race! Punch a Nazi in the face!”

These extremist homos kept reminding everyone that Stonewall was a riot rather than a parade. A marcher by the name of Jo Macellaro held a sign that said REVOLTING LESBIANS and announced, presumably with a bitter, lemon-sucking expression on her puss, that “We’re here today because we are tired of the police and corporations taking over Pride.”

We liked you guys better when you were tired of police beating you up.

SEMI-RETARDED CONGRESSWOMAN IN GOOFY COWBOY HAT SAYS IT SHOULD BE ILLEGAL TO MAKE FUN OF HER
Although she has likely never roped a doggie nor branded a bull, Democratic Florida Representative Frederica Wilson wears extremely goofy DayGlo-colored cowboy hats and says that Donald Trump suffers from a “brain disorder.”

Last week she openly called for the criminal prosecution of people who mocked her on the Internet:

We now inhabit a world that demonizes Thomas Jefferson and elevates Frederica Wilson. Is there any way out of this mess that doesn’t involve a spaceship?

After police determined that it was Ms. Cherie who’d downloaded the images, she claimed she did so because her husband had prevented her from seeing the kids; that, plus she had been high on meth and therefore obviously wasn’t responsible. She also said that after being booted out of the house, she met a man on Craigslist, hooked up with him in a motel where they did more meth, and then got into an argument with that man, who kicked her out of his motel room.

Regardlesss, you should always believe women—at least if you don’t want to wind up being falsely accused of rape.