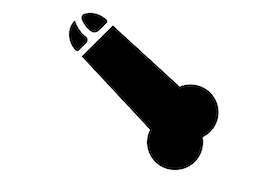 NEW YORK TIMES: SEXUAL ASSAULT IS NO BIG DEAL In a move that will shock and traumatize those who have been victimized by sexual assault—as well as all those who pretend to have been thusly victimized—The New York Times recently tweeted that having someone shove their penis in your face at a party is something about which only a sissy-baby would complain. As ancient complaints about newly minted Supreme Court Justice Brett Kavanaugh sticking his wee-wee in a pretty girl’s face were dredged up yet again, whoever manages the Twitter page for the Times’s opinion section thought it would be a good idea to post the following:

Maybe if you’re some kind of psychotic masochist, it might. Or, even worse, maybe it seems like “harmless fun” to some kind of weirdo who tweets for The New York Times when they aren’t busy shoving their penis in girls’ faces at drunken dorm parties.

In the classic fashion of a predator seeking to avoid a long prison term for their innumerable sex crimes, the Times quickly deleted the tweet and issued a statement that sexual assault was wrong.

WEALTHY WEST HOLLYWOOD SEX FIEND FINALLY ARRESTED AFTER THIRD MAN OVERDOSES
West Hollywood is an independent city in Los Angeles County that was specially hand-crafted for men who enjoy trading the most intimate of bodily fluids with other men.

Ed Buck is described as an “animal-rights and LGBTQ activist who has donated to Democratic politicians and once ran for West Hollywood City Council.”

Oh—and last week he was finally arrested after a third man overdosed at his West Hollywood home. Court documents say that on September 4, Buck shot up the victim with a massive injection of methamphetamines that had him fleeing Buck’s cabana and seeking medical help. An apparent glutton for punishment, the man returned a week later, received two more injections, and overdosed before regaining consciousness, fleeing the meth cabana yet again, and calling authorities from a local gas station.

Buck is being charged with three counts of battery causing serious injury, administering methamphetamine and maintaining a drug house. The official filing describes Buck as a “violent, dangerous sexual predator” who “manipulates [victims] into participating in his sexual fetishes.” In a press release, the LA County DA’s office called Buck’s West Hollywood Apartment a “drug den.”

Luckily for himself but unluckily for Buck, the latest victim was the first out of the three to survive.

The first, 26-year-old Gemmel Moore, died in July 2017 of what was ultimately ruled to be an accidental overdose.

The second, 55-year-old Timothy Dean, died of methamphetamine and alcohol toxicity in January of this year. His autopsy report says that he died at least 15 minutes before anyone called 911. His death, too was ruled accidental.

Like the first two alleged victims, Buck’s latest victim is also black, while Buck is white. Buck should have realized that interracial sex is the first step on the long road to perdition. There are plenty of nice white gay boys who would die for the chance for a wealthy Democratic donor to spike them with meth.

A DARKIES-ONLY SYMPOSIUM ON SCIENCE AND TECHNOLOGY
If it ever seems as if white people invented almost everything, that is because white people are racist and kept other races down from inventing things.

To help rectify this—and in case you were wondering, rectification has nothing to do with what is classically known as “sodomy”—the private Massachusetts-based liberal-arts academy known as Williams College is hosting a science and technology symposium that is open only to students of color. The event’s official call for papers has invited scholars to submit only if they come from a “historically underrepresented group,” which they go on to explain covers the following clusters of poor and huddled masses:

What the hell is a “Latinx,” and why should we prefer any of them taking a gander at our esophagus compared to a completely normal and wholesome white doctor?

“If you don’t know what ‘inclusive’ means, it’s a word that signifies anything that excludes white people.”

The school also announced that “we aim to create an inclusive, intellectually enriching experience for all involved, including the visiting speakers and the faculty and students of Williams.”

If you don’t know what “inclusive” means, it’s a word that signifies anything that excludes white people.

EX-NFL PLAYER ACCUSED OF STAGING HATE CRIME AGAINST HIMSELF
Edawn Louis Coughman is a black man whose mother condemned him to a life of crime by naming him “Edawn.” He is also a former NFL player who bounced around between three different teams from 2012 to 2016.

Last week a pizza parlor and ice-cream shop that Coughman owns in suburban Atlanta was burglarized. TVs were ripped from the walls and horrible words such as “nigger,” “monkey,” and “MAGA” were spray-painted in their place.

Coughman was arrested near the crime scene, and fresh black paint on his hands allegedly matched that of the paint used to write those awful and frankly unacceptable words.

A mug shot of Coughman shows that although he has long, silky, billowing waves of black hair, he is severely balding on top.

WOMAN FALSELY ACCUSES BLACK MEN OF GANG RAPE TO “GET HER BOYFRIEND’S ATTENTION”
As if black men don’t have enough problems simply by dint of being black men, a woman on Spain’s Costa del Sol had to up and falsely accuse a bunch of them of raping her. But now she’s been arrested and charged with filing a false complaint. She told police that after being dropped off by a taxi driver in a sketchy part of town, one “dark skinned” man raped her while two other “dark skinned” men watched. But after a brief investigation, it was concluded that she knew the taxi driver, was allegedly in love with him, and fabricated the entire story simply to get his attention in the manner of a petulant, bubble-gum-snapping, false-rape-accusing child.

OBESITY: 754 TIMES DEADLIER THAN MASS SHOOTINGS
Although he’s only three feet tall and has a nose that could fit a pound of smuggled cocaine, talk-show host Bill Maher is universally recognized as an elderly Hebrew sage and a healer of hearts. He recently said the following on whatever he’s calling his TV show these days:

In August, 53 Americans died from mass shootings. Terrible, right? Do you know how many died from obesity? Forty-thousand.

Maher was citing statistics that show obesity levels in many parts of the country have reached a heart-clogging forty percent. He also said that rather than being banned, fat-shaming should be brought back on a large and terrifying scale.

For once, we agree with him. Fat people need to be humiliated again. They’re disgusting.

FIRST SHOTS FIRED IN THE WAR ON DICK PICS
If you’re a woman who’s ever received an unsolicited photograph of a man’s hairy, misshapen excuse for a penis, take hope—web developers and law-enforcement officials are galloping to your rescue.

Web developer Kelsey Bressler is the rare woman who publicly solicited men to send her some dick pics, but not for the reasons you might think…but because she’s trying to develop an app that automatically screens out any dick pics from someone’s inbox. To accomplish her mission, she set up a Twitter account called @ShowYoDiq. She then intends to feed the countless dick pics through an artificial-intelligence program that slowly learns the difference between a human penis and an eggplant emoji.

Then again, if your penis is so unattractive that it would impel someone to call the police and send you to jail merely for forcing them to look at it, you might want to consider genital cosmetic surgery before sending your next dick pic.