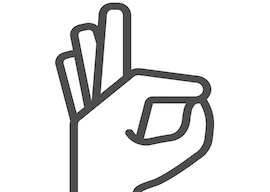 The Week’s Most Shocking, Rocking, and Cock-Blocking Headlines

BLACK-POWER-FIST-RAISING OLYMPIC ATHLETES FINALLY ADMITTED INTO HALL OF FAME
One of the most iconic—don’t you hate that word?—Olympics images in history is that of two black American runners named Tommie Smith and John Carlos raising their fists in defiance as they begrudgingly and rather petulantly accepted their gold and bronze medals for the 200M sprint in Mexico City in the summer of 1968.

At the time, many Americans perceived Smith and Carlos as a bunch of uppity would-be janitors who were disrespecting the Stars and Stripes and the mighty righteous global military empire that tattered-and-blood-splattered flag represented.

In the grand scheme of things, the only difference we see between a black-power fist and a Sieg Heil is that the latter is open-handed and light-skinned. Otherwise, it’s the racial equivalent of a full-armed middle finger. As they stood their flashing the world their big racial “fuck you,” they also wore black socks with no shoes because this somehow symbolized black poverty.

As punishment, Smith and Carlos were banished from the team and sent home prematurely. The controversial nature of their protest also prevented them from landing the lucrative advertising deals they would have snagged if they’d just kept quiet and pretended they actually liked white people. They also were never inducted into the US Olympic Committee’s Hall of Fame…until now.

Brothers and sisters, the times, they have a-changed, and now being a septuagenarian black radical former sprinter is just about the coolest thing this side of toasted keto bread with sliced avocado. Smith and Carlos are now in the Olympic Hall of Fame, and everyone’s saying that yes, we were wrong and those two upstanding young black men were right, and it’s good to finally be on the right side of history, and everyone wants to pretend that they were secretly on Smith and Carlos’s side the whole time, and what the hell were we thinking back then, and although we’ve made progress there is still much more progress and racial shaming to be done, and Mein Gott if we don’t get over this endless guilt-tripping soon there’s a strong possibility that every last one of us is going to snap simultaneously.

MR. CHINAMAN, HE NO LIKEY THE MUSLIMS
About 22 million Muslims—imagine the smell—are currently huddled in China, a country of 1.4 billion Chinamen and Chinawomen. And because Islam has a special appeal for low-IQ inbreds and those whose limited cognitive functioning and lack of an ethical core make them vulnerable to fanaticism and collective acts of senseless violence, Chinese authorities are slapping Muslims on the wrist across the country.

Maybe that’s a bit harsh—what’s actually going on is that Islam poses a threat to the authoritarian fanaticism of Chinese communism, and so it must be crushed wherever it threatens to take root.

In 2015, Chinese General Secretary Xi Jinping promoted what he called the “Sinicization of Islam,” urging that all ideologies and cultural influences should submit to Chinese culture and the Communist Party. A directive was issued prohibiting the use of the Islamic financial system, forbidding Arabic-language schools from teaching religion, and banning the traditional call to prayer. In extreme instances, minarets and domes have been ripped off of mosques in what must certainly be an emasculating sight for your average hapless minority Muslim living in China.

We have no dog in this fight. There are roughly as many Muslims on this planet as there are ethnic Chinese people, so let them have at each other, and may the most hygienic group win!

IS GRETA THUNBERG A PAWN, OR ARE WE?
Greta Thunberg is a 16-year-old Swedish girl who braids her hair, has been diagnosed with (at last count) three mental disorders, and has emerged from nowhere to become the Howard Beale of climate alarmism.

“Whether or not the climate actually changes, we are certain that most people will remain stubbornly annoying.”

She first shot to fame after encouraging students worldwide to play hooky on Fridays as some sort of vague protest about environmental degradation but was instead an ingenious way to exploit children’s innate hatred of school and tendency toward laziness and delinquency.

She has handed out leaflets that say, “I am doing this because you adults are shitting on my future.” She says that global warming is the greatest crisis in human history—even greater than the international emergency that erupted after David Lee Roth left Van Halen—and that everyone should panic and freak out and scream at corporations and politicians and listen to the scientists and a 16-year-old mentally ill girl unless you all want to boil in lava while being tormented by the hauntingly shrill condemnation of dead souls whispering “shame on you” into your ears.

Some people are suggesting that Greta might not be the best PR person for the environmental movement. Others suggest that she perfectly represents radical environmentalism’s youthfully naïve tantrum-throwing and that the movement couldn’t have found a better spokes-teen.

Whether or not the climate actually changes, we are certain that most people will remain stubbornly annoying.

BOWL HAIRCUTS AND “OK” SIGN ADDED TO A.D.L.’S HIGHLY ENTERTAINING HATE-SYMBOL DATABASE
The Anti-Defamation League is a nonprofit organization designed to fight evil on behalf of good. As long as you understand that and don’t ask any questions, nobody will enter your bedroom at night and kill you in your sleep. The ADL maintains a database of hate symbols that is best enjoyed if one pretends that it’s a T-shirt catalogue.

This year the ADL has added 36 new entries to its hate database, including:

• The “OK” hand symbol , which was never simply a mild affirmation but instead a sinister gang sign which forms the letters “WP,” i.e., “White Power.”

• The “Happy Merchant” cartoon, a universally beloved anti-Semitic caricature of a big-beaked man in a yarmulke gleefully rubbing his hands together.

THIS WEEK’S BRUTAL STREET ATTACKS THAT KINDA SEEM AT LEAST A WEE BIT RACIAL
Dozens of people across the Anglosphere began to doubt that this whole “multiculturalism” thing was all it was cracked up to be after a string of violent black-on-white attacks subverted The Narrative and made all the egalitarians seem like the drooling dupes that they are.

Minneapolis police have charged 18 suspects ranging in age from 15 to 27 in connection with a pair of vicious black-on-white robberies that were captured on video. One clip shows 24-year-old victim Brendan O’Brien being beaten unconscious. According to O’Brien, who says he suffered a concussion and now lives in constant fear:

I didn’t realize how hard I’d been kicked in the face. It was much more brutal than I thought it was going to be. I assumed that they hit me a couple of times and I gave up and they went on their way but I was knocked unconscious…I don’t feel as safe as I used to. I think that’s the best way of putting it is that something like this kind of takes a part away from you and I don’t know if I’m gonna get that back.

In Maryland, a pair of black brothers aged 15 and 16 have been arrested in connection with an attack on a 59-year-old white man at a local fair that left the man dead. The teens were reportedly angry that the man refused to give them a dollar as requested. The boys’ father says that the son who allegedly landed the fatal punch “made a mistake” but is “not an animal.”

In London’s Finsbury Park, a group of 16 youths or teens or whatever euphemism they’re using over there these days allegedly attacked a group of six males who were leaving a gym. According to Dynamic Sports Academy coach Adrian Klemens:

They were being tailed by one of them on a bike. Then there were 16 of them. They circled them and picked one off to the side and said: ‘Give me your phone or I will stab you – put in your Apple Pay password.’…Out of our group three were white and three were black and they said to the black guys: ‘You’re good,’ and just attacked the white guys.

Pardon us for thinking that sounds a little discriminatory.

STUDY: WHITE WORKING CLASS SHRINKING INTO OBLIVION
According to a study released by the Federal Reserve Bank of St. Louis—which we thought was involved in the business of printing worthless currency rather than statistical analyses of American demographic trends, but what do we know?—the white working class now accounts for a paltry 40% of the country’s entire population. This is in contrast to 1975, when it accounted for 70% of the country’s population. Although white workers still represent the nation’s largest single racial/class demographic, researchers predict they will be overtaken by someone else in around 15 years—but they aren’t sure exactly whom.

Whether or not the Immigration and Nationality Act of 1965 was intended to neuter America’s white working class, that has been the end result. But as long as they don’t publicly complain about what’s being done to them, we should all get along just fine.