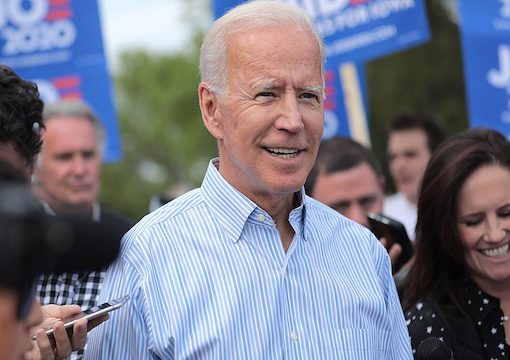 The Week’s Most Laconic, Tectonic, and Cyclonic Headlines

NORTH KOREA: JOE BIDEN SHOULD BE “BEATEN TO DEATH WITH A STICK”
The combination of Donald Trump and pint-sized Korean dictator Kim Jong-un is a classic comedic pairing along the lines of Abbott and Costello or Dick Van Dyke and Morey Amsterdam. Both are skilled at dropping vulgarities on their enemies like so many nuclear bombs. The deep mutual affection that Don and Kim have for one another is like a light unto the nations.

Our greatest ally in Asia does not feel nearly as warm about Joe Biden and his shiny fake teeth, though. Last May, North Korea’s official news agency demeaned Biden as a “low IQ individual…seized by ambition for power.”

Last week, North Korea’s official news agency did itself one better and called Biden a “rabid dog” who is in “the final stage of dementia.” It declared that the “time has come for him to depart his life”:

Rabid dogs like Baiden [sic] can hurt lots of people if they are allowed to run about….They must be beaten to death with a stick, before it is too late.

We love you, North Korea. Please don’t ever change.

DEPORTATIONS: TRUMP LAGGING BEHIND OBAMA AT THE SAME POINT IN HIS PRESIDENCY
Even though Donald Trump built his campaign and scored a soul-stirring and breathtaking surprise electoral victory by promising that he would build a wall that reached to the sun, place all the journalists in work camps, and kick all the wetbacks and Muzzies out of our great and noble nation, he’s basically done nothing more than deliver political handjobs to whomever is pulling his son-in-law’s brittle marionette strings.

At this stage in his presidency, Barack Hussein Obama had deported 1.18 illegal aliens; Trump has yet to crack the 800,000 barrier.

In 2012, Obama oversaw the deportation of 409,849 people who had no gosh-darned right to be in this country and were selfishly slurping away on the public teat.

Although Trump promised to deport “millions” of immigrants, he hasn’t even cracked 260,000 deportations in a single year.

Oh, and how’s that wall coming along?

Mr. Trump, we thought you hated the illegals as much as we did. The fact that you don’t makes us love you just a little bit less.

REPORT: MUSLIM POLITICIANS ARE SOMETIMES CALLED MEAN NAMES
You’d figure that after all the terrorist bombings and the genocidal actions toward Christians in the Middle East and all the threats to destroy the decadent infidel West and swallow it whole, people would realize that Muslims are their friends and that Islamophobia is worse than herpes.

According to Niraj Warikoo—a swarthy-looking writer with a set of dark-brown “anus eyes”— “Muslim candidates faced hatred in 2018 political races.”

“We love you, North Korea. Please don’t ever change.”

It’s always sad when people are forced to face hatred, especially when hatred is so cowardly that it doesn’t show its face. How can you face a hatred that won’t face you? Imagine coming to this country, refusing to assimilate, and displaying open hostility toward your host to a degree that signals an ultimate plan of genocidal replacement…and then only being greeted with hatred.

Mr. Warikoo cites a 97-page study from scholars at four universities titled “#Islamophobia, Stoking Fear and Prejudice in the 2018 Midterms” which allegedly “details the hatred that 166 Muslim political candidates in the U.S. endured during the midterm elections”:

While many Muslim candidates reported limited encounters with Islamophobia among their constituents, we found a social media narrative of manufactured outrage that was disproportionately Islamophobic, xenophobic, racist, and misogynistic. It was heavily influenced by a small number of agents provocateurs, whose hate-filled messages and disinformation were amplified by networks of accounts operating on a scale that signals the involvement of organized networks.

Actually, that sounds kind of cool and dangerous. We’re always looking for exciting new ways to indulge our Islamophobia.

SOUTH DAKOTA’S WACKY NEW ANTI-DRUG SLOGAN: “METH: WE’RE ON IT”
The best thing about South Dakota is that it’s not North Dakota.

The second-best thing is that someone in the state government thought it would be a good idea to run an anti-meth campaign with the slogan “METH: WE’RE ON IT.”

They must be making some Grade-A meth up there in South Dakota these days.

MEXICAN CARTEL HITWOMAN CLAIMS SHE HAD SEX WITH DECAPITATED CORPSES AND DRANK THEIR BLOOD
A 28-year-old woman named “Juana” caught our attention because she sounds like an interesting chick.

Sitting in a cell in Baja, California, Juana—AKA “La Peque” (the Little One)—is a former hitwoman for the Zetas drug cartel who humblebrags that “Ever since I was a little girl I was a rebel, and then became a drug addict and an alcoholic.”

To finance her illicit lifestyle and support her illegitimate child, she first worked as a prostitute and then moved on to more wholesome employment as a lookout for the cartel who, whenever she botched her job, would be bound with rope and fed only one taco per day.

Juana says that the cartel’s mind-peeling violence was a turnoff for her at first. She says she felt sad after witnessing someone’s face get crushed with a mace, but over time, she claims she developed quite the taste for the old ultraviolence herself.

A minor Mexican news site called Denuncias quotes Juana as saying she began to “feel excited by [blood], rubbing myself in it and bathing in it after killing a victim. I even drank it when it was still warm.” The site also says Juana “insinuated” she’d “had sex with the cadavers of those decapitated, using the severed heads as well as the rest of their bodies to pleasure herself.”

Again, not the type of gal you’d find on eHarmony.com. Maybe Plenty of Fish, but definitely not eHarmony.

STARVED FOR ATTENTION, GAY MAN FALSELY ACCUSES HIS BOYFRIEND OF RAPING HIM
When men falsely accuse other men of raping them, all men suffer.

Not only does it foster distrust in the male community, it breaks the sacred bond that exist between both straight and gay men, who are united in the realization that women can often be very annoying and even malicious.

Therefore, let’s toss a stinking tuna bucket of shame on the head of a 34-year-old Indonesian gaybird named Fredy Kosman Wee, who called police three times claiming his 50-year-old “partner” Lui Cheng Kiat force-fed him a sleeping pill and then raped him after he fell unconscious.

When police became suspicious about his account, Kwee folded like the little sissy-baby he is and said he made the false claim because he was angry his boyfriend wasn’t giving him all the attention he felt he needed due to the fact that he has some sort of terminal medical condition that we will assume is AIDS because that’s the likeliest suspect.

“SLAVE FOR SALE”: TEEN FACES HATE-CRIME CHARGES OVER CRAIGSLIST AD
Was it one of the most horrifying hate crimes to strike an Illinois high school in recent years, or was it a simple joke between friends that shows how horrifyingly hysterical American society has become over its guilt complex regarding the long-gone slave era?

An unnamed 14-year-old white boy in Naperville, IL—which recently endured another ridiculous scandal when it was reported that a white patron didn’t want to sit next to black people at a local chicken-wings restaurant—is now facing two felony hate-crime charges and one count of misdemeanor disorderly conduct after posting an ad on Craiglist with the following header:

The ad featured a picture of a black teen at a lunch table.

According to the accused’s lawyer, it was a simple prank between friends.

How far has our country fallen when a pair of teen boys who’ve flouted societal taboos and become friends despite the fact that they come from opposite races can’t even pretend to reenact their ancestors’ master/slave dynamic without being punished rather than applauded?

WELSH METEOROLOGIST APOLOGIZES FOR REFERRING TO TRAFFIC JAM AS A ‘HOLOCAUST’
Sian Lloyd is a former TV weather presenter in Wales who recently came under fire for referring to a traffic jam in her hometown of Swansea as a “holocaust.”

When people started screaming at her for daring to liken a mere traffic inconvenience to The Worst Thing That Ever Happened in History, she noted that she purposely spelled the word with a lower-case “h” and that holy heck, she’s half-Jewish anyways:

Hey guys, it’s the noun with a small h. I’m half Jewish myself. Would never want to cause offence. Huge apology if I did….I did not do that [compare traffic to the holocaust]. And would never do so. It’s the noun with a small h, which is a bona fida [sic] word. Not the historical one with a big H. But clearly a bad choice. Big apologies….I meant the noun with a small h. I so did not mean it in the historical way, with the big H. Big sorry if iit [sic] caused offence. Obvs the wrong word to use. So sorry….I’ve been [to Auschwitz] & I’m half Jewish….A big mistake to have used the noun. So sorry to have offended folk.

“Folk?” You know who else used that word? Adolf Hitler, that’s who.