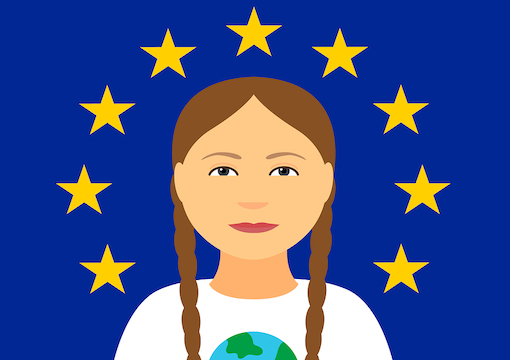 The Week’s Most Impure, Insecure, and Immature Headlines

GRETA THUNBERG: BRATTY AND ILL-INFORMED YOUNG GIRL WITH ANGER-MANAGEMENT PROBLEMS SELECTED TIME PERSON OF THE YEAR
Have you noticed that the climate this morning was a little bit different than it was a week ago? Based on prior experiences, do you suspect that in a week, it’ll probably be different than it is right now?

It keeps changing, right? No one is arguing that the climate never changes.

Therefore, the only thing that the little sour-pussed Swedish “activist” Greta Thunberg has ever accomplished in her 16 years is to encourage mass truancy among students on Fridays, which probably leads to them being dumber, and no one would argue that stupidity doesn’t make the climate worse.

Extending a wee bit more charity, Vladimir Putin referred to her as a “kind but poorly informed teenager.”

In reaction to the fact that she just edged out Donald Trump as the TIME Person of the Year for 2019, the prez tweeted that Greta has an anger-management problem.

We agree with all of this. We also think her personality is just as disagreeable as her face. She speaks very disrespectfully to her elders and should probably learn how to put on makeup at this point in her life.

Edward Felsenthal is some guy who claims to be some sort of big-shot editor over at TIME, even though he looks like a lecherous woodchuck. He explains why the mag chose Greta to “become the youngest figure to ever be named TIME’s Person of the Year in the 92-year history of the distinction”:

That Thunberg is the youngest individual ever named TIME’s Person of the Year says as much about the moment as it does about her. The 92-year-old franchise is rooted in the so-called Great Man theory of history, the notion that powerful individuals shape the world. Historically that has meant people who worked their way up the ladders of major organizations and were at home in the corridors of power. But in this moment when so many traditional institutions seem to be failing us, amid staggering inequality and social upheaval and political paralysis, we are seeing new kinds of influence take hold. It is wielded by people like Thunberg, leaders with a cause and a phone who don’t fit the old rubrics but who connect with us in ways that institutions can’t and perhaps never could.

Someone open a window. The climate in here is beginning to stink.

NIKE’S EXCITING NEW LINE OF ISLAMIC HEADGEAR FOR CHICK ATHLETES
It didn’t occur to us until very recently—like, within the last three minutes—that you don’t really see Islamic female athletes too much on the TV set, and this is troublesome and problematic for both our future as a nation and our self-perception as individuals.

Nike is a company that manufactures athletic gear, in case you’ve been living under a rock and smoking angel dust for the past thirty years. The company’s net value is around $30 billion, so naturally they identify with the struggles of the oppressed.

The company recently unveiled its new Pro Hijab for female Muslim athletes who want to stay true to the Quran while they are running the 100-meter dash, swimming the butterfly stroke, grunting very loudly while whacking a tennis ball, and beating the snot out of infidels in boxing competitions. It is aerodynamic and allows for ease of movement while proclaiming to the world that you believe in a God who hates your guts and wants rocks thrown at you if you get raped and who provides your husband with 72 virgins when he dies no matter how pathetically obsequious you act toward him.

If that isn’t progress, we don’t know the meaning of the word.

CANADIAN MAN CLAIMS THAT BANK REFUSED TO PROMOTE HIM BECAUSE HE’S NOT A HOMO
Aaren Jagadeesh is a man who lives in Canada even though, judging by his name, he probably shouldn’t. As if it wasn’t already annoying enough that he misspells his first name, we suspect that his surname means something derogatory in some exotic Middle Eastern tongue—“That guy’s a real jagadeesh; ignore him.”

“Someone open a window. The climate in here is beginning to stink.”

Even though it’s kind of gay and effeminate, Aaren went mincing to the Canadian Human Rights Commission a little while back complaining that he was unable to climb the corporate ladder at the Canadian Imperial Bank of Commerce because he is not a homosexual. He even says that his boss, whom we presume is a turd-burglar or at the very least a pole-smoker, informed Aaren that he had “no hope” of being promoted unless he joined their little gay “group” of men who lie down with men as if they were women.

Aaren filed a discrimination suit with the Canadian Human Rights Commission, who laughed it away because they were too busy doing things like destroying the lives of standup comics who heckle back when drunk lesbians heckle them.

But now a higher court has ruled that the CHRC has to review the lawsuit again, but they’ll probably laugh at Aaren again because even though he’s probably not a white male, he’s not gay, either, and that can’t be tolerated in the New Canada.

MILLIONS OF ARMED SOCIALISTS ROAM VENEZUELA’S STREETS, SCARING THE BEJEEZUS OUT OF PEOPLE
“Political power grows out of the barrel of a gun,” quoth Chinese communist leader Mao Zedong, but dude was weird-looking with hair that stuck out in little puffballs on either side like Mouseketeer ears.

Even though Venezuela’s National Assembly declared back in January that some guy with really big teeth named Juan Guaidó was the nation’s interim president, Nicolás Maduro—who sort of looks like the bastard love child of Saddam Hussein and Cenk Uygur—has been the country’s president since 2013 and refuses to relinquish power.

Maduro still largely has the military on his side, but to cement power he has been handing out free guns to form citizen militias across the country who harass normal citizens and threaten to blow their tiny brown coconut-shaped heads off their scrawny spines if they don’t straighten up, fly right, and act like good socialists who are happy to be living on three shelled peanuts and four grains of uncooked rice a day. He says he aims to form an illegal citizen army that’s four million strong in a country of only 28 million.

Venezuela seems hopeless. The only thing that could possibly save it would be if Greta Thunberg came down and gave a speech.

You get a tranny!

And just like gay guys and women, they tend to complain so much that you almost suspect it gives them sexual pleasure to do so. We’ve heard for years now about how America’s streets are the killing fields for the transgender community, with hate-filled transphobes lurking around every corner just itchin’ to murder a guy who says his name is Marie.

We recently heard about some alleged “epidemic” of tranny murders in the USA.

But Wilfred Reilly—a black fellow who released a book about hate-crime hoaxes earlier this year—crunched the numbers and found that nearly everyone else except real women gets murdered at a higher per-capita rate than do the delusional sad sacks that comprise the bulk of the transgender community.

Reilly compared recent death tolls for trannies nationwide—usually about a couple dozen every year, most of them black trannies and most of them killed by black guys, many if not most of whom thought they’d gone home with a woman that night—against a common estimated quotient of the population, which is around six-tenths of one percent, and found that the overall population gets murdered at nearly three times the rate of trannies, that men get slaughtered at nearly five times the rate, and black people at over ten times the rate:

We always enjoy when black men use the word “remarkably,” because it makes them sound intelligent.

TRUMP DANCES THE “HAVA NAGILAH” AND SPINS THE DREIDEL FOR THRILLED ONLOOKERS
It was a busy week for President Trump and the Jewish community.

Speaking at the National Summit of Sheldon and Miriam Adelson’s Israeli-American Council, an organization that clearly wants to put America first even though it doesn’t even put America first in its own name, Trump told many members of the audience that even though he knew they were “brutal killers,” they were going to vote for him anyway because “Pocahontas” would take all of their money.

Actually, we didn’t know that.

Last Wednesday, Trump signed an executive order allowing for federal funds to be withheld from any university that fosters a climate of “anti-semitism” on its campus.

Where are all these campuses, anyway?

STUDY: MEN AND WHITES SAY MEDIA IS GETTING WORSE; OTHERS SAY IT’S GETTING BETTER
A new study from RAND—which, due to the very impersonal name and capitalization scheme, we always assumed to be some giant metallic robot—finds that men and white people say the media is less trustworthy than it used to be.

We suspect they started developing these attitudes around the time that the media started endlessly bleating that white males were evil and need to be exterminated, but it’s nothing more than a hunch.