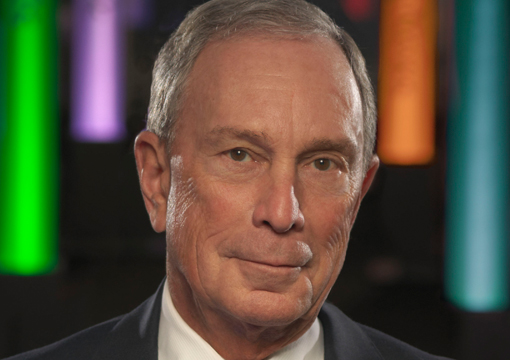 The Week’s Most Degraded, Debated, and Denigrated Headlines

BIDEN ’N’ BLOOMBERG GO BLACK
Joseph Biden is 77 years old, which is exactly how much time it would take to spend all of Michael Bloomberg’s money.

Both are running for president, and neither one of them has an Italian water ice’s chance in hell.

Both of them, since they’re Democrats, are making direct appeals to black voters by reminding them of how horrible white people have been to black people. Subtly, they also conveyed the message that we now live in a world where all serious politicians are forbidden from making direct racial appeals to white people no matter how many times they directly address black people.

Biden appeared at a black church, told them that black laughter and group hugging is “contagious,” and insinuated that Donald Trump was in cahoots with the KKK and that their entire agenda consisted of “hate”:

This president and his — the Ku Klux Klans and the rest of them, they think they’ve beaten us again. But they have no idea — we’re just coming back….I thought you could defeat hate. But hate only hides. It never fully goes away….Dr. King didn’t give up on the dream, and I’m asking you all, don’t give up on it. We can defeat this moment of hate.

Campaigning in Tulsa, OK, Bloomberg recalled not only the race riot that occurred there a century ago but other white mob attacks in other states which, as we’ve already noted, occurred long before any of us was alive, so it’s a little weird for him to be bringing this up now unless he’s trying to rekindle some kind of race war or something:

In just that short period, from 1917 to 1923, more than 1,000 black Americans were killed by white mobs in cities and towns all across the country. But the truth is: What happened during that period was part of a continuum of violence that black Americans faced even after the end of slavery — violence that denied them their lives, their liberty and their pursuit of happiness.

Bloomberg further stuck his proboscis up the black community’s posterior by admitting that his “story might have turned out very differently if I had been black.”

He was born Quantrelle Bloomberg to an unwed mother in East Harlem…During an infamous 1951 incident, young Quantrelle Bloomberg was bicycling when he was injured by a member of Chabad who’d lost control of his vehicle. When a private ambulance agency showed up and took the Chabad driver to the hospital first, riots erupted for days….

“Joseph Biden is 77 years old, which is exactly how much time it would take to spend all of Michael Bloomberg’s money.”

Toney, 28, is described as a man with anti-government beliefs. He has been charged in Orlando, FL, with murdering his boss William Knight, also 28, by stabbing him with a trowel on a construction site, draping an American flag over his corpse, and escaping in a vehicle while shouting that onlookers were “terrorists.”

Knight has been described as a supporter of Donald Trump.

As we go to press, that’s the only “evidence” that the stabbing had anything to do with Donald Trump, but aye, the press be one bloodthirsty beast.

TRANNY DOLL FOR KIDS DEBUTS IN RUSSIA (MAYBE)
If you were to describe Russia as a fag-friendly country, you’d be incorrect.

That’s why the appearance of what is thought to be the world’s first transgender doll in a Siberian toy shop has led to outrage, consternation, befuddlement, and the torrential unleashing of repressed desire in this resolutely homo-hostile nation.

The doll looks sort of like the ugly young blonde girl in Family Ties, yet jutting out from under her dress like a sore thumb is a penis.

Some have suggested this is merely a manufacturing blunder, but for those weirdlings who think what the world really needs is female children’s dolls that have dicks, this is a milestone.

HILLARY POOPS ON BERNIE: “NOBODY LIKES HIM”
Hillary Clinton is an almost assuredly lesbian sociopath who failed to win the presidency not because Americans don’t like women, but because nobody likes Hillary Clinton.

In a four-hour biographical documentary on Hillary with the clever and catchy title Hillary, Clinton decides to open up her moldy womb once more and fire vaginal flame-darts at Bernie Sanders:

He was in Congress for years. He had one senator support him. Nobody likes him, nobody wants to work with him, he got nothing done. He was a career politician. It’s all just baloney and I feel so bad that people got sucked into it.

She also seriously said this:

We do have some well-off people who support Democratic candidates, there’s no doubt about that, but they’ve never bought a TV station. They’ve never gobbled up radio stations. They’ve never created newspapers in local communities to put out propaganda.

Did you ever get the sense that half of the world sees a completely different world than you do?

UNDERAGE MEXICAN MIGRANTS GET STRANDED IN TIJUANA, AND NOBODY SEEMS TO CARE
The sleepy Mexican border town of Tijuana, home of cheap sombreros and even cheaper donkey shows, currently boasts the world’s highest homicide rate.

Experts—apparently somebody employs bean-counters to tally mini-beaners as they cross from Mexico into America—say that recent years have seen an upsurge in underage Mexican minors attempting to find employment at a Hardee’s restaurant somewhere in Los Estados Unidos.

However, many of these aspirant service-industry workers only get bounced back to Tijuana, where they are subject to the predatory wiles of pimps and pushers.

Nicole Ramos is a migrants’ advocate who claims that American and Mexican authorities are doing nothing to improve the situation:

Under the Trafficking Victim Protection Act and the Convention on the Rights of the Child, an unaccompanied minor has the right to present themselves directly to U.S. immigration authorities. The idea that Mexican and U.S. officials are collaborating to prevent human trafficking is not credible in the slightest. If that were actually true, U.S. immigration officials would not turn unaccompanied minors away from the port of entry in violation of U.S. and international law and back to the streets of Tijuana, one of the most dangerous cities in the world, and the site for epic levels of human trafficking, particularly the sexual exploitation of children.

All we can say about these kids is that it must suck to be them.

MICHAEL MOORE: WHITE PEOPLE “ARE NOT GOOD PEOPLE”
Michael Moore is a stupid white man who wrote a book called Stupid White Men. Like so many people, he seems to find some virtue in finding no virtue in his people.

He recently did a podcast for the music-journalism dinosaur Rolling Stone where he pulled a reverse Jesse Jackson and says he actually gets scared rather than relieved when he sees white people walking down the street:

[Whites] are not good people….I refuse to participate in post-racial America. I refuse to say because we elected Obama that suddenly that means everything is okay, white people have changed. White people have not changed….Two-thirds of all white guys voted for Trump. That means anytime you see three white guys walking at you, down the street toward you, two of them voted for Trump. You need to move over to the other sidewalk because these are not good people that are walking toward you. You should be afraid of them.

If that’s the case, why did he until very recently live in a lake house in a small Michigan village that’s 95% white and 0% black?

Something smells here, and we think it’s Michael Moore’s gunt.

MEN DON’T GET PERIODS—PERIOD!
Kenny Jones is a “male model” despite the fact that he menstruates, which strongly suggests that he is not a male at all.

He is now the star of a film called Pandora’s Box: Lifting the Lid on Menstruation, which seeks to uplift and not disgust us by peddling the idea that males are able to menstruate. The film is directed by a certain Rebecca Snow, who did some sort of movie about Hitler and the Holocaust that sounds like really groundbreaking work.

Riddle me this, though, Twatman: If gender is only a social construct and males can menstruate, how come it’s only females who menstruate throughout the rest of the animal kingdom?