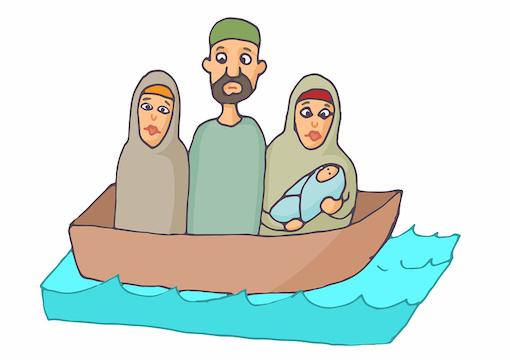 The Week’s Most Mannish, Clannish, and Spanish Headlines

BLOOMBERG BUYS SAMOA FOR $550 MILLION
Billionaire Michael Bloomberg has now become painfully aware that despite all his money, he will never be able to buy two things he’s yearned for his entire life:

In only three months of campaigning, the pint-sized would-be potentate blew a giant gooey $550 million wad of his own cash trying to convince Democratic voters that he really wasn’t a charmless shriveled turtle who is so out of touch with common Americans that his election would most assuredly lead to riots, arson, and an outbreak of murderous (if enthusiastic) pogroms.

After nearly half of the states had voted in the Democratic primaries, Bloomberg was only able to convince the voters of American Samoa to give him the nod. There are only 55,000 people in all of American Samoa, any one of whom is large enough to swallow Mike Bloomberg whole. According to rumors, Bloomberg paid off every island resident with a $1 million bribe and an offer of free liposuction. This is the only plausible explanation for why he edged out Tulsi Gabbard, who was born in American Samoa, 50% to 29%. We would all have preferred to see Tulsi become president, if only for the ukulele-playing and the low-cut white suits.

After Joe “What’s My Name?” Biden and Bernie “Cranky” Sanders emerged from Super Tuesday the only two Democrats left standing, even Bloomberg wasn’t high enough on the fumes of his own flatulence to think he had a chance. He dropped out of the race and endorsed Biden, whose response was, “Who’s Mike Bloomberg again? Was that the big fat black fella that those cops strangled on Staten Island?”

The day after shuttering his campaign, Bloomberg accepted a job with the Central Intelligence Agency spreading the coronavirus by licking his fingers and then touching food in public.

Others think he’s the sinister kingpin of a worldwide pedophile extortion racket.

Others think he’s a mind-control zombie puppet of the International Communist Conspiracy.

We think that with all the treasures the Vatican owns, he could at least do with some teeth-whitening and an ear reduction.

We also think he’s pretty cool for telling Catholics to give up trolling for Lent.

While speaking to a typically Dago-heavy throng of thousands at St. Peter’s Square in late February, the serial washer of Muslim feet beseeched the faithful to stop calling one another pedophiles and libtards and shitheads and cucks and retards and idiots and poopy-pantses during the forty days leading up to Easter:

[Lent] is a time to give up useless words, gossip, rumours, tittle-tattle and speak to God on a first-name basis….We live in an atmosphere polluted by too much verbal violence, too many offensive and harmful words, which are amplified by the internet….Today, people insult each other as if they were saying ‘Good Day.’

Once the last Easter egg is eaten, though, it’s back to the stalking and smearing and fighting and shaming. God didn’t sacrifice his only son so that Catholics wouldn’t be able to insult people online for most of the year.

ANTI-MIGRANT HATRED EXPLODES IN GREECE’S LESBIAN COMMUNITY
Although people tend to blame the modern “PC snowflake culture” on the Frankfurt School from the 1930s, it was actually a butch-looking Greek woman named Sappho who lived 2,500 years ago on the Isle of Lesbos that started the whole ball o’ yarn that held Western culture together to start rollin’ down the slippery slope to where you now have trannies doing pole dances for preschoolers on the taxpayers’ dime.

“World War III has probably already started and the entire world is in denial about it.”

Despite a face that looked like Patti Smith’s, Sappho had a set of decent bite-sized B-cuppers that might keep your average man’s interest for a day or two, but NO—she had to “make it” with the ladies instead. Driven by guilt for her sexual crimes against nature, Sappho is rumored to have committed suicide, and for a degenerate of her ilk, it wasn’t a moment too soon.

Modern inhabitants of the Isle of Lesbos are known as Lesbians. And the Lesbians of Lesbos say they’ve had it “up to here” with all the migrants that are sailing to their shores from Turkey, stinking to high heaven and demanding free shoes.
Turkey recently announced it would no longer honor a 2016 agreement not to inflict Syrian refugees on Greece in exchange for billions in cash bribes from the EU. This has led to clashes between migrants and Greek cops, who reportedly have taken to mustard-gassing the unwanted intruders, which has led to Turkish President Tayyip Erdogan’s claims that Greek cops murdered two migrants, which led to denials from Greece, which will likely lead to mutual escalation, which may likely set off World War III, although World War III has probably already started and the entire world is in denial about it.

IRANIANS LICK HOLY SHRINES TO SPITE INFIDEL VIRUS
As the coronavirus spreads around the world and eventually kills everyone but George Soros and Mike Bloomberg, the leader of Islamic Revolutionary Guard Corps is claiming that the USA developed COVID-19 as a biological weapon against China.

At the moment, Iran has reported more coronavirus deaths than any country outside of China.

Late in February at a press conference where he attempted to downplay the spread of the virus, Iranian Deputy Health Minister Iraj Hirarchi sweated so profusely that he was forced to keep sopping up his brow with a limp white hankie. He later tested positive for the virus.

But even a global pandemic can’t prevent a fanatical Muslim from licking his holy shrines. It’s some weird thing that Muslims do—the shrine-licking, that is. Apparently they think that some of the holiness transfers to their tongues and spreads throughout their entire bodies.

It’s more likely that in Iran, the coronavirus will spread through the shrine-licking Muslim’s body rather than any of Allah’s wisdom. Assuming that Allah exists, even Allah would tell one of his followers that it’s not wise to go around licking shrines.

Despite that, and despite the fact that we’ve just basically proven scientifically that even Allah wouldn’t be in favor of shrine-licking during a global outbreak, many Muslims continue licking shrines and say they don’t even care if they get sick.

Clips have spread on social media depicting defiant Muslims licking door handles and walls of sacred shrines throughout the country.

And this, we fear, is why Muslims will defeat the West—the only Christians crazy enough to do something like that all live in the hills and hollers of Appalachia, and they’re rapidly dying out.

WELL-ADJUSTED NEGROES FOR TRUMP
For tomorrow’s blockbuster feature article, we will examine why black voters seem to prefer Joe Biden over the Jewish and gay candidates.

For today, we will examine Donald Trump’s continued efforts to reach out to a black community that used to worship him but gave him a piddlin’ 8% of their support in 2016.

For years he has trotted around two sassy obese sistas who call themselves Diamond and Silk to whoop and holla and wag their fingers and swivel their heads in support of the Trump Train, but it still seems that your average everyday black person on the street would rather see Donald Trump sodomized on live TV by Snoop Dogg than to even think of saying anything positive about him.

Although Trump has consistently boasted that his term has seen the lowest black unemployment rates in history, racists would suggests that there’s a huge quotient of the black community that would prefer not being employed.

Still, the New York Post recently rounded up a group of black New Yorkers who say they’ll be voting for Trump this time around. They say they feel disgruntled, deceived, disenchanted, disappointed, dejected, despondent, and disgusted with the Democrats. Instead, they say that Trump is cool because of a bunch of reasons that no one who isn’t black really cares about, so we won’t go into them here.

If Joe Biden is the nominee, Trump will face a formidable opponent who used to be a lifeguard at an all-black school, where he met a shady black gangster named Corn Pop and where black children marveled at the texture and volume of his leg hair.

WACKY SPANISH HOLOCAUST PARADE SPURS COMPLAINTS
Why doesn’t Spain, and by implication all Spaniards and Spanish-speaking people worldwide, get more flak for their long history of fascism? After all, Franco ruled Spain longer than Hitler and Mussolini ruled their countries combined, so what’s the Spanish Secret?

By the way, when was the last time you saw a “carnival parade…depicting Nazi soldiers dancing with Jewish prisoners” in Germany OR Italy? Certainly not since 1945.

According to a description of the procession in Badajos:

The show included a banner emblazoned with a swastika locked inside a Star of David….Some of the Badajos show’s participants were dressed in costumes with blue and white vertical stripes, evoking the uniform of Nazi concentration camp prisoners, with a Star of David emblazoned on the backside.

A video of the event shows them waiting excitedly for dancers who carried out elaborate choreography.

Again, this is all happening in Spain. In case you didn’t know, that’s where the Spanish Inquisition happened, which was none too kind toward the Judenvolk.

It’s time for a second Spanish Inquisition, but this time conducted against the Spanish. They can’t keep getting away with this.