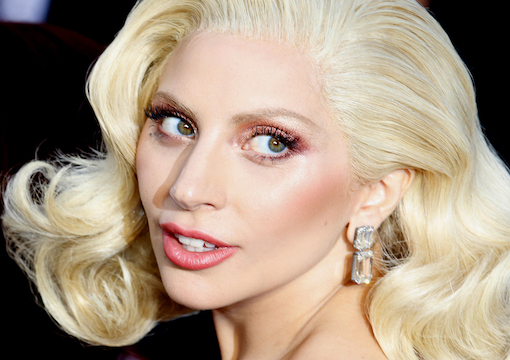 The Week’s Most Arbitrary, Ancillary, and Coronary Headlines

NOTE: Due to the global pandemic, we are officially quarantining coronavirus-related stories on the next page.

The Kaikai gaga is an absolutely hideous beastie who was named by the has-to-be-gay entomologist Brendan Morris of the University of Illinois at Urbana-Champaign, who describes his decision to name a repulsive rare treehopper from Nicaragua after the mysterious and possibly autistic pop performer:

If there is going to be a Lady Gaga bug, it’s going to be a treehopper, because they have these crazy horns and a wacky fashion sense about them. They are unlike anything you’ve seen before. The frontoclypeus, which is like the face, was shaped totally different. The genitalia also looked more like treehoppers from the Caribbean.

When you pause for a moment that this is a guy who studies equatorial insect genitalia, you don’t know who should be more insulted: Lady Gaga or the bug that was just named after her?

IGNORING WHAT HAPPENED THE LAST TIME THEY DID THIS, S.P.L.C TARGETS PRO-FAMILY “HATE GROUP” AGAIN
The Southern Poverty Law Center is an absurdly wealthy hate group that works out its guilt complexes by accusing white people of modest means of being the real hatemongers.

Although they posture themselves as smart and enlightened, the SPLC traffics exclusively in weasel words and false inferences.

Take, for example, this quote from Lecia Brooks, Token Black Woman at the SPLC, regarding an alleged uptick of the number of anti-gay “hate groups” in the USA:

Our research — and everyone’s research — will show that this increased rhetoric leads to an increase in hate crimes and hate incidents targeting LGBTQ people. When you denigrate an entire group of people, that’s what happens. It becomes open season.

Shall we unpack this, ladies and germs?

Their research consists of the following Yellow Brick Road of bad faith:

Let’s say Trump cuts funding for unnecessary tranny breast reductions and liposuction or something. Although not a hateful word is spoken, the SPLC wrangles this into something along the lines of “Trump purposely created a powder keg of charged hate rhetoric that both openly and indirectly encourages the mass murder of LGBTQ people.” Then their “research” will consist of asking an “expert” whether this imaginary climate of hate will lead to violence. The expert says, “Yes, of course!”

Or they’ll talk about a grim “epidemic” of tranny-slayings across the country, ignoring the fact that on a per-capita basis, trannies get murdered at a rate lower than that for straight men.

In short, there is nothing academic or logical or peer-reviewed or quantifiable about anything the SPLC ever pontificates over, but it doesn’t stop most major American news organizations from slavishly reprinting their press releases unquestioned and unedited.

One of the allegedly “anti-gay” groups the SPLC targeted in a recent report was the Family Research Council, which stands accused of openly encouraging fag-slayings by saying that marriage should be between a man and a woman.

In 2012, a black man who by his own admission was spurred to violence by reading and SPLC report on the Family Research Council, entered the lobby of the FRC’s headquarters in DC and shot a security guard for the crime of enabling hate.

If someone shoots up the FRC again, will the SPLC get away with it again?

THE EGYPTIAN KIDDIE-TORTURE RACKET
In a revelation even more shocking than that time they foolishly allowed women to drive, Egypt has apparently been torturing thousands of minors with impunity.

“Due to the global pandemic, we are officially quarantining coronavirus-related stories on the next page.”

According to a report released by Human Rights Watch and an Egyptian rights group called Belady, 75% of previously incarcerated minors aged 12-17 reported that they had been tortured in pretrial detention. More than a third said they’d received electric shocks. One out of ten said their shoulders had been dislocated by being hung by their arms. A 12-year-old boy named Abdullah allegedly endured “horrific torture including beatings, electric shocks and waterboarding” while his father watched.

According to spokeswoman Aya Hijazi of Belady, who everyone could agree would look a lot better if she lost 20 pounds:

The harrowing accounts of these children and their families reveal how Egypt’s machinery of repression has subjected children to grave abuses. Egyptian authorities act as though they are above all laws when it comes to children in detention.

How’s that Arab Spring working out for you guys over there, anyway? We’ve been meaning to ask.

FEDS CLAIM “RACIST EXTREMIST GROUPS” ENCOURAGE SPREADING CORONAVIRUS TO COPS AND JEWS
In news that is startlingly evasive even to grizzled, jaded, cynical, seen-it-all nihilists, the FBI recently created a moral panic about a grand plan of bioterrorism among “neo-Nazis and other white supremacists” without even bothering to cite a single quotation from any identifiable member of these groups.

It’s almost shocking how much they expect you not to notice.

In an alert obtained by ABC News, the FBI’s New York office reports that “members of extremist groups are encouraging one another to spread the virus, if contracted, through bodily fluids and personal interactions. The FBI alert, which went out on Thursday, told local police agencies that extremists want their followers to try to use spray bottles to spread bodily fluids to cops on the street.

In an article written by someone called Margolin, ABC quotes a man who runs a Jewish watchdog group, who is quoted as saying:

While the world faces a deadly pandemic, it’s a stark reminder that certain groups – notably the Jewish community and law enforcement – must also continue the battle against those who wish to hurt or kill them. As the economic situation remains fragile and civil society disrupted, the potential for the followers of hate to act becomes more likely … and more deadly.

Despite our rigorous efforts, we could find no recent FBI report on the subject, but we DID find something from the Department of Homeland Security report that contains this shocking allegation:

White Racially Motivated Violent Extremists (WRMVEs) have recently commented on the coronavirus stating that it is an “OBLIGATION” to spread it should any of them contract the virus.

Really? You’re calling them “WRMVEs” now? OK, where are these self-identified WRMVEs saying this? Just give us one name. Hell, just give us one quote.

Just remember: It’s racist to call a virus that originated in China a “Chinese virus,” whereas it’s anti-racist to blame white people for plotting to spray Jews with coronavirus even if you don’t have any evidence that this is happening.

RUSSIANS MULL LAW THAT WOULD IMPRISON CORONA-TERRORISTS FOR UP TO SEVEN YEARS
Last Wednesday, the Kremlin announced that it will look over legislation that would criminalize the act of breaking the nation’s new anti-coronavirus quarantine. Merely breaking the quarantine would result in sentences of up to seven years. But purposely infecting someone with the virus could even bring terrorism charges.

Whether or not this means that Ramzan Kadyrov is a sadist, in this time of crisis we can at least all join together and agree that he needs a new stylist.

ASIANS SQUINT HARDER AND FOCUS ON ALLEGED ANTI-ASIAN CORONA-FUELED WAVE OF HATE
Without explicitly—or, if you’re Japanese, “expricitry”—claiming that most of the assailants seem to be black, a pair or racist hate groups called Asian Pacific Policy and Planning Council and the Chinese for Affirmative Action announced the formation of an online snitch service whereby Asians can snitch on people they claim are attacking or demeaning them about the coronavirus pandemic.

Experts—there’s that word again—insist that merely referring to a virus that originated in China as a “Chinese virus” could lead to an outbreak of violent attacks on Asians.

However, Utah State Representative Kim Coleman—another person in desperate need of a new stylist—is ignoring the plaintive wails of all those diminutive Asians and referring to the virus as not only a Chinese one, but also a communist one:

Let’s be clear: the coronavirus plague facing us comes exclusively as a courtesy of the Chinese Communist Party. No Communist China, no crisis.

If only she’d followed that up with “No tickee, no washee,” we wouldn’t have made fun of her hair.