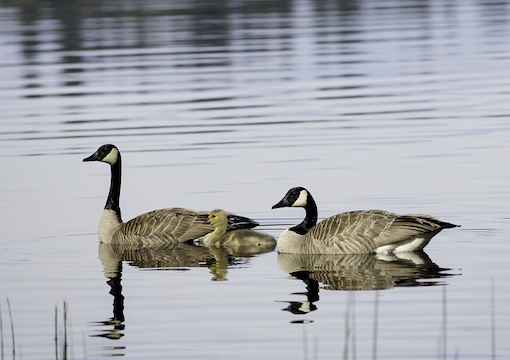 The Week’s Most Hungarian, Contrarian, and Vulgarian Headlines

HUNGARY FORCES TRANNIES TO TELL THE TRUTH
The idea that someone’s sex is somehow arbitrarily “assigned at birth” rather than determined in the womb is one of the most pervasive and damaging myths of the modern era. And on the outside chance that it actually IS randomly assigned at birth, what are the odds that these capricious decisions match the baby’s genitalia in all but about one out of every thousand cases? It almost sounds impossible!

Therefore, while we are pleased as punch to announce that Hungary, that Last Bastion of Ballsiness in Europe, recently passed a bill that “makes it impossible for people to legally change gender,” we bristle at the fact that the verbiage still includes the phrase “sex assigned at birth.” Like we’ve already proved, it’s etched in stone before birth.

To the credit of whatever Magyars wrote the bill, it states that “completely changing one’s biological sex is impossible.” But of course, those wicked enablers of the Tranny Delusion are screaming that this bill is “extreme” and “earth-shattering” and will naturally lead to “violence.” It’s almost as if such people simply can’t sleep at night without fantasizing that most people want to hurt them.

In less encouraging news, the US Navy recently allowed an exception to Trump’s military transgender ban by letting an unspecified “woman” continue to serve.

SOUTH AFRICANS FORBIDDEN FROM WEARING FLIP-FLOPS
The COVID-19 pandemic has touched Africa only slightly because most people are smart enough never to travel to Africa. The “government” in South Africa—if that’s what you the drum-beating Zulus who run the joint—recently issued a directive outlining what forms of clothing are not to be sold during this crisis.

You can buy wooden clogs but not flip-flops or sandals, because any form of “open-toed” shoe is, according to them, likely to enable the disease’s spread.

You’re allowed to buy long-sleeved shirts, but not T-shirts. Apparently the virus can enter the bloodstream through one’s bare biceps.

You can buy a balaclava so long as it’s knitted.

Or, if you’re remotely sane and stuck in South Africa, you can buy a one-way ticket out of that open-air asylum.

But we have to commend them for the no-flip-flops rule. That’s long overdue and needs to be enforced worldwide.

HONKING GEESE DISRUPT BIDEN LIVESTREAM
Nine-hundred-and-forty-three-year-old presidential candidate Joe Biden has handlers who, fearing he’ll do or say something stupid again, have prevented him from emerging from his cryogenic chamber except to do carefully managed livestreams from his Delaware home. On a recent livestream with attractive-yet-cunty Michigan Governor Gretchen Whitmer, Biden’s babblings were repeatedly interrupted by the honking of Canadian geese on his premises. Biden even referred to them as “Canadian,” not realizing that to most people, this is a racial slur. Biden also made the following preposterous claims about Donald Trump:

The pandemic has unleashed familiar forces of hate, fear and xenophobia that he always flames…that have always existed in this society. But this president brought it with him, has brought with it a new rash of racial messages, verbal and physical attacks and other acts of hate, some subtle, some overt, against the Asian American and Pacific Islanders.

Blow it out your prolapsed anus, Rapey Joe. Everyone knows that those geese were placed there by Secret Service members who wished to cover over the sounds of you soiling your adult diapers.

DUMB MEXICAN VILLAGERS SAY GOD SENT DOWN CORONAVIRUS-SHAPED HAILSTONES
With an average national IQ of 86 and a history of never having invented anything beyond the humble nacho, Mexicans aren’t exactly known for being a bunch of Einsteins.

This point was underlined with a thick black Sharpie recently when news emerged that the humble peasants of the city of Mentemorelos thought that spiked hailstones that fell from the sky were “a message from God to stay at home” to prevent the spread of the coronavirus.

Has anyone ever noticed how passive-aggressively indirect this God of theirs is? Wouldn’t it have been easier for him to peep out of the clouds and intonate in his famously booming voice for everyone to “STAY AT HOME”? Or to have prevented the SARS-CoV-2 from existing in the first place if he actually cared so much about all his little sheep? Instead, he has to give creepily vague signals such as this, dropping inscrutable clues all over the place like a serial killer in an 80s slasher film.

“Has anyone ever noticed how passive-aggressively indirect this God of theirs is?”

A Mexican meteorologist attempted to explain the spiked hailstones:

Inside a storm, a hailstone will start off as a small spherical form and accumulate layers of ice on top. During very strong storms when the hailstones are already quite big and smash together, many of them fuse together, smashing together and squashing each other, forming spikes of ice. So what is falling is a squashed disks of ice, smashed into that shape by a violent blow or the fusing of different sized hailstones, which results in this star shape.

As of press time, we have yet to confirm whether the meteorologist was pelted to death with spiked hailstones by superstitious Mexi-peasants.

MORBIDLY OLD PELOSI CALLS TRUMP MORBIDLY OBESE
Nancy Pelosi’s repulsively stretched-out face continues to sag despite the fact that she appears to have spent at least $10 million in cosmetic surgery in a vain attempt to fool the world into thinking that she’s not really so old that rodents burrow inside her vagina for the winter.

Still, despite her physiognomic handicaps, she recently called Donald Trump “morbidly obese” after he claimed he’d been taking daily doses of hydroxychloroquine to fend off the coronavirus:

He’s our president and I would rather he not be taking something that has not been approved by the scientists. Especially in his age group and in his, shall we say, weight group, what is morbidly obese, they say. So, I think that it’s not a good idea.

In response, Trump called Pelosi a “sick woman” who “has a lot of mental problems.”

In response to Trump, Pelosi berated him for being “sensitive” and mocked the hypocrisy of someone who is always fat-shaming others.

And this is a news story because no one wants you to know the national debt is over $25 trillion and the average taxpayer is indebted to the tune of over $200,000 and the greatest depression in US history is right around the corner.

REALITY STAR BUYS ROLLS-ROYCE WITH LOCKDOWN LOAN
If you’re unfamiliar with the name “Arkansas Mo,” that’s probably because you’re a racist, but we’ll forgive you as long as you repent.

His legal name is Maurice Fayne, and Arkansas Mo is a featured player in the reality show Love & Hip Hop: Atlanta, where black people with funny names share the struggles and sorrows, the triumphs and tribulations, of being vain, dumb, and shallow while surrounded by racist whites. He recently applied for a $3.7-million loan to keep his trucking business afloat during these uncertain pandemical times. It was originally granted, but the government then lowered his disbursement to $2 million because, as we can’t say enough, the government is racist.
But now the racist government has arrested Arkansas Mo and charged him with using money from this loan to purchase a new Rolls-Royce and close to $200,000 in jewelry. After being released on bond, Mo rightly claimed that these were all business investments, because any valuable item increases in value once it’s touched his rich, chocolatey skin.

They put them in chains, and now they won’t let them wear gold chains. This country is sick.

80-YEAR-OLD WOMAN OBSTRUCTS PATH OF KNIFE-WIELDING BLACK JOGGER
Rosalie Cook was an 80-year-old white woman who had basked unfairly in white privilege since before the USA entered World War II. There is no evidence she ever apologized for being white or offered to give away all of her belongings to black people so she could start atoning for her sins.

In a Walgreens parking lot in Houston recently, Cook made the racist decision to stand in front of innocent black jogger Randy Lewis, a 38-year-old man of color who had been unfairly arrested 67 times previously by white cops who can’t stand the sight of black men jogging. Frustrated and obviously reaching a breaking point because in Donald Trump’s America, a black man can’t go for a simple jog without being gunned down by murderous white animals, he stabbed Cook to death, went through her belongings, and tried to steal her car—which really isn’t much when you stack it up against 400 years of oppression.

Because he was obviously waiting for an opportunity to gun down an innocent black jogger, a racist cop showed up and fatally shot Lewis.

Two more videos have recently emerged in the tragic case of black jogger Ahmaud Arbery—one shows racist cops interrupting his jog in a Walmart parking lot to falsely accuse him of shoplifting a television, and the other shows a racist white cop harassing him and attempting to tase his black body for sitting in his car and quietly contemplating whether he should take another jog.