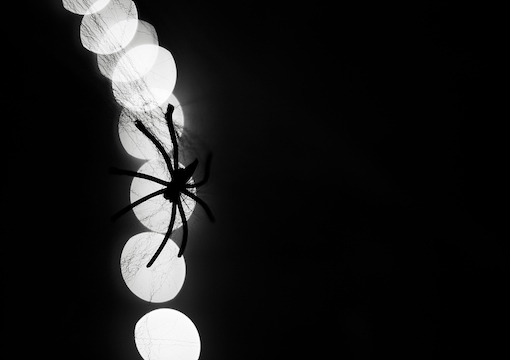 The Week’s Most Dated, Faded, and Hated Headlines

BIBI GO BYE-BYE?
Rumors have long circulated among Mossad insiders that the nation of Israel doesn’t actually possess any nuclear weapons and that the “Samson Option” was merely an inside joke referring to Prime Minister Benjamin Netanyahu’s infamous bursts of silent-but-deadly flatulence.

We cannot confirm this rumor at press time because we do not control the media, but we can report that as of last week, Netanyahu becomes Israel’s first “sitting” prime minister to be hauled into court on corruption charges.

No wonder he seems so paunchy—it’s all that sitting he does.

The charges stem from three different “affairs,” which kind of sounds exciting until you realize they had nothing to do with sex. He is accused of bribing a media owner to give him positive coverage in exchange for some behind-the-scenes string-pulling; for breach of public trust as a result of “receiving hundreds of thousands of shekels in gifts from rich tycoons”; and another breach-of-public-trust charge for allegedly helping one media outlet grind another one out of existence in exchange for glowing coverage of Netanyahu.

We wish Bibi the best of luck in fighting off charges which are clearly motivated by anti-Semitism and a nihilistic urge to drag Israel down to the status of Third World countries such as the United States.

WHY CHILDREN SHOULDN’T READ COMIC BOOKS
No one has ever accused Bolivians of being intelligent—at least not to our knowledge, and we know a lot. With a national mean IQ of 85, it’s no wonder that so many of them have yet to figure out how to get out of Bolivia.

It is an established scientific fact that comic books make people less intelligent—point-blank, period, end of discussion, sign on the dotted line, pack your bags and head for summer camp. But since everyone knows this is true, why are they allowing an already intellectually deprived Bolivian populace to read comic books?

In the sleepy, dopey, sneezy, bashful town of Chayanta, Bolivia—actually, we’re pretty sure that all of the seven dwarfs live there—three boys aged 12, 10, and 8 were recently herding goats (that may or may not be a euphemism) when they chanced upon a black widow spider, a lethal species that was originally named in honor of Coretta Scott King. Being so superstitious that they actually thought the legend of Spider-Man was true, they figured they would be able to scale buildings and squirt cobwebs from their wrists like so much Silly String if they could provoke the poisonous critter to bite them. They kept poking li’l Coretta with a stick until she obliged. They were rushed to the hospital, where they would spend a week before the fevers and tremors subsided.

According to one Bolivian official, “for children, everything is real, movies are real.” Sure, if you define “children” as “everyone up to age 100.” One of the major problems of modern civilization is that to most people, especially the younger generations who are almost entirely composed of pop-culture inbreds, movies are more real than their own lives are.

SWISS GROUP PUBLISHES COVID-FRIENDLY SEX POSITIONS FOR HOOKERS
Our website analytics suggest that at least one of our readers is a legitimate Swiss sex worker—yes, the government actually sanctions them there—who is simultaneously impoverished by the COVID-19 epidemic and outraged by the fact that a black market has emerged for “real” hookers to scoop up cash and spread infections by filling the gaping market demand.

“No wonder he seems so paunchy—it’s all that sitting he does.”

A sex-workers’-rights organization with the unwieldy name of ProKoRe recently issued some safe-sex guidelines for government hoes who will shortly be returning to work after a lockdown that started two months ago is lifted. Among these guidelines:

• Sex workers should wear mouth and nose coverings at all times, which is going to put a serious hurtin’ on their oral-sex revenues.

• Rooms where hookers and their pathetic clients have recently finished performing sex should be ventilated for a minimum of 15 minutes.

• Bed sheets should be washed at a minimum of 140 degrees Fahrenheit.

• To help raise money for a nationwide facemask fund, clients will be charged $5 extra for receiving either a Dirty Sanchez or a Cleveland Steamer.

Just kidding about the last one. We were just checking to see if you were still paying attention.

POSSIBLE IMMIGRANT WOMAN ARRESTED FOR LEAVING ANTI-IMMIGRANT NOTES
With her boxer’s nose and swarthy features, 52-year-old Nancy Arechiga of San Leandro, CA would, by most observers, be classified as a nonwhite woman.

She also writes like someone for whom English is not a first language:

If you are a woman or man and was born in other country, return, go back to your land immediatly, [sic] fast, with urgency.
If you are a woman was born in other country, takes your children with you, under 21 years old, consider a bless of God….
We the People:
do ordain you to leave this house.
One American, white, brave, that serves the Nation or USA is going to live here.

That is an excerpt from one of five notes police say Arechiga taped to the front doors of predominantly Asian households in San Leandro.

Police have arrested the dark-skinned woman with the odd Basque surname and charged her with—Public Racism? Public Speaking? Felonious Taping of Angry Notes? We’re not sure what the crime is here, because the news accounts haven’t specified.

We’ve been subjected to the usual volleys of “Hate has no home here,” “We won’t tolerate intolerance,” “Let’s kill this type of person before they start killing our type of people,” but Nancy may have the last laugh—from all appearances, this broad ain’t even white!

NORMAL WOMAN CLAIMS TRANNIES BULLIED HER
It’s getting to the point where a normal woman can’t tell some guy who thinks he’s a woman, “Tag—you’re a man and I’m a woman because I have a vagina and you don’t” without swarms of mentally disturbed trannies swooping down on her and pecking her to bits like bitter gulls attacking Tippi Hedren in Alfred Hitchcock’s The Birds.

Such is the unenviable fate of Raquel Rosario-Sanchez, who is considering a lawsuit against Bristol University for refusing to sanction a group of “masked protestors” who allegedly distributed leaflets encouraging people to give Sanchez “hell” and chant “scum, scum, scum” whenever they saw her.

“Trans activists used bullying in an attempt to stifle my free speech as a defender of women’s rights while my university did nothing to stop them,” Sanchez laments.

If this goes the way these things typically go, authorities will wind up forcing Sanchez to get a sex change with no anesthesia to atone for her transphobia.

WHEN IS IT WRONG TO REMOVE A SWASTIKA FROM A NAZI SOLDIER’S TOMBSTONE?
In case you were unaware—we were—that the US Army kept thousands of captured German POWs in America during WWII, that’s exactly what they did. And according to international convention, when those POWs died in American custody, they were given burials that honored their service to their homeland.

In at least three cases, their tombstones feature a swastika inside an iron cross along with the inscription, “He died far from his home for the Führer, people and fatherland.” Apparently this is required by international preservation laws and is in accordance with what is traditionally deemed to be a proper burial.

No one had a problem with this until a week or so ago when the usual suspects began barking and howling and kvetching about it. People with surnames such as Weinstein and Rosenshein and Wasserman-Schultz began demanding that at the very least, each swastika-toting tombstone be replaced.

It occurred to us that we’ve never seen Germans trying to meddle with what’s on tombstones in Jewish cemeteries. As each day goes by, it becomes clearer who won that war.

FRENCH CHEF AT GERMAN RESTAURANT: “CHINESE ARE NOT WELCOME!!!!”
Jean-Claude Bourgueil is a top-ranked chef who plies his trade at a little place called Im Schiffchen on the east bank of the Rhine River near Düsseldorf, Germany. He jumped on board at the restaurant in 1977, earned it a Michelin ranking a decade later, and in 2006 received the French Legion of Honor Medal.

But now he’s gone and blown it all to hell by announcing on Facebook that his restaurant was reopening after the months-long lockdown but that “Chinese are not welcome!!!!”

NURSING-HOME BEATING STORY QUIETLY GOES TO SLEEP
As of this writing, several major US cities are ablaze because it appears—at first glance, at least—that black Americans and the American media may have finally found a case where a white cop murdered a black man on video. It’s been the top story in the country for days.

The publicity comes at the expense of a ghastly pair of videos allegedly filmed and posted online by a burly 20-year-old black man, an alleged COVID-19 patient who’d been assigned a bed in a Detroit nursing home, repeatedly punching two elderly white men, bloodying one and causing head injuries to the other.

In one of the videos, Jaden T. Hayden—hey, that rhymes!—is shown pummeling an old white man, whose face is shown streaming with blood, before dragging him off a mattress and growling, “This bitch-ass nigger wouldn’t get off my bed.”

Although Hayden is being charged with assault, he has yet to be accused of a hate crime. That’s right—even in 2020 a man can use the “N” word and get away with it. Such is the state of “justice” in Donald Trump’s America.