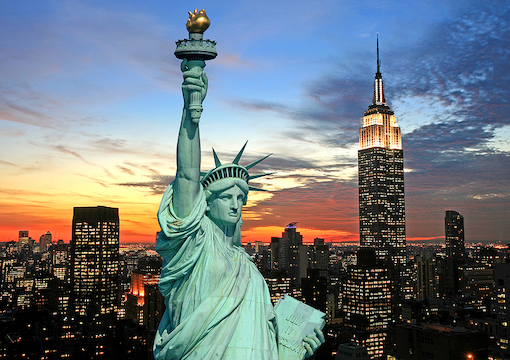 The Week’s Most Freewheeling, Unfeeling, and Unappealing Headlines

WILL JEFFREY EPSTEIN’S SPIDER LADY BE DEAD NEXT WEEK?
Nearly a year after hi-stakes pedophile Jeffrey Epstein was mysteriously suicided in his jail cell under mysterious circumstances while video cameras were mysteriously ceasing to function and guards were mysteriously failing to check up on the high-risk inmate, his former girlfriend and alleged pimp Ghislaine Maxwell has been taken into custody and will likely mysteriously disappear before the next installment of this weekly feature.

On Thursday, US Attorney for the Southern District Audrey Strauss said:

Maxwell enticed minor girls, got them to trust her, then delivered them into the trap that she and Epstein had set for them. She pretended to be a woman they could trust, all the while she was setting them up to be sexually abused by Epstein in some cases, by Maxwell herself.

According to Epstein’s former boss Steven Hoffenberg, Maxwell “knows everything” and will “totally cooperate” with authorities, which should make Prince Andrew squirm a bit in his cricket pants.

Andrew is pictured here with Virginia Roberts Giuffre, who accuses him of boinking her when she was underage and who also publicly gloated about Maxwell’s arrest:

Thank you to the FBI, Southern District of New York and anyone involved in the arrest of this insidious creature. Hope the judge throws the book at her. So so so happy- she’s finally where she belongs.

Among sundry other improprieties, the indictment accuses Maxwell of procuring and grooming underage girls for Epstein; undressing in front of them in order to gain their confidence; asking them sexual questions; massaging their breasts; engaging in “group sexual massages” with the girls and Epstein; and simply flat-out having pedo-lesbo sex with the fair maidens.

But she’ll be dead next week, so none of it matters, anyway.

U.S. SETS ONE-DAY COVID-19 RECORD
As the post-lockdown riots seem to cool down just a tad, it turns out that COVID-19 infections are exploding yet again. Last Thursday, the USA reported over 55,000 new COVID-19 cases, which is a global one-day record, edging out Brazil’s former record by about 500 infections. Cases are rising in 37 out of 50 states, and remember—this is an influenza analogue, and this is the freakin’ midsummer. Prepare for a grim autumn. And another lockdown. And then another round of riots that will make the past month look like an episode of The Mickey Mouse Club.

FARRAKHAN OPPOSES BILL GATES’S EVIL DEPOPULATION SCHEME
We have always found Louis Farrakhan to not only be one of the most talented transphobic calypso singers of all time, he’s also been telling absolutely hilarious jokes for decades now about white people being created by an evil scientist and about a giant, African-guided UFO hovering over the planet waiting for the word to murder every last white person.

The man is a laugh factory.

“America may be so dumb that it’s ready for Kanye West as president.”

Farrakhan’s latest Andy Kaufman-esque bit of performance art is to pretend that Bill Gates wants to vaccinate everyone on the planet to death:

I say to my brothers and sisters in Africa, if they come up with a vaccine, be careful. Don’t let them vaccinate you with their history of treachery through vaccines, through medication….They’re making money now, plotting to give seven billion, five-hundred million people a vaccination. Dr. Fauci, Bill Gates and Melinda — you want to depopulate the Earth. What the hell gave you that right? Who are you to sit down with your billion to talk about who can live, and who should die? That’s why your world is coming to an end quickly, because you have sentenced billions to death, but God is now sentencing you to the death that you are sentencing to others.

If he actually wanted black people to live longer, he’d tell them to stop living around other black people.

KANYE FOR PRESIDENT
Kanye West is well-known as the dumbest billionaire in world history. He’s also known as an ardent defender of Donald Trump. But if you knew as much about black people as we do, you’d realize that deep down they are intensely racist, which inspires Brutus-level acts of treachery against kindhearted white men who only wish to see them succeed.

On July 4th, the man who compares himself to Jesus even more than Jesus ever did announced that he is running for president this year. Mind you, he’s already missed the filing deadlines in a handful of states including New York and Texas, meaning he’s missing out on over 100 electoral votes already. Then again, his ilk aren’t exactly known for snatching Fields Medals like they win Grammys. If anything, he’ll draw black votes away from Biden and hand Trump the reelection.

West stated that he will call his political party the “Birthday Party,” because if he’s elected, every day will be like your birthday.

America may be so dumb that it’s ready for Kanye West as president.

NEW YORK’S BLOODY SUMMER
It appears as if the Ferguson Effect has come to the Big Apple.

In June of this year—during which New York Mayor Bill de Blasio snuggled up with his appallingly unattractive wife and let the city be laid to waste—NYC saw a 257% rise in the number of shootings compared to last year. Even though black lives are supposed to matter and all that jazz, murders are up 23% this year compared to the first six months of 2019.

New York also has also suffered nearly twice as many COVID-19 deaths than any other state. Things are so dire, and so reminiscent of the dark days of the mid-70s when it seemed as if the city was about to die, that an estimated half-million residents have already fled since the lockdowns started in March.

Since New York has never shed a tear for the rest of the country, we shed no tears for New York.

BLACK UNEMPLOYMENT REMAINS HIGH; RACISM BLAMED
As people return to work after the first round of COVID-19 lockdowns, headlines are screaming that the gap between white and black unemployment rates is the largest it’s been in five years—in other words, since Barack Obama was president.

White unemployment is currently at around 10%, while the black rate hovers around 15%, and the stats do not account for laziness and general incompetence.

While the black unemployment rate in America is 1.5 times that of whites, the ratio in South Africa—which is supposed to be a black paradise—is a staggering four to one.

And on a per-capita basis, black American households use government assistance at a rate over three times higher than white Americans, but don’t hold your breath waiting for a headline about that statistical disparity.

NO MORE “URBAN” MUSIC—NOW IT’S JUST “BLACK”
Apparently nothing is more important to black people than being black. Now, after years of insisting that music is a universal language that brings people together, the segregationist members of a racist hate group called the Black Music Coalition have demanded that music-streaming giant Spotify no longer refer to “urban music” as “urban,” because living in a city is apparently far more offensive than simply being black and despite the fact that 84% of black Americans live in metropolitan areas.

Despite the fact that black music absolutely dominates the charts way out of proportion to blacks’ percentage of the population, members of this so-called Black Music Coalition sent an open letter to Spotify claiming that the music industry fails to address “structural and systematic racism.” They also claim that by calling it “urban” music—despite, let’s be honest, a huge dearth of black bluegrass instrumentals, sea shanties, and coal-mining songs—“strips away the actual blackness” of the music.

These people are making it really hard to care about them.

SOMEONE FINALLY GETS ARRESTED FOR VANDALISM
After weeks and weeks and weeks of national burning and looting and smashing and grabbing and beating and shooting and statue-destroying and ritual defacement of all sacred symbols, a white California couple find themselves facing vandalism and hate crime charges for painting over the first two letters in a BLACK LIVES MATTER mural. When asked why he was painting over the highly dubious phrase, 53-year-old David Nelson stated, “The narrative of police brutality, the narrative of oppression, the narrative of racism. It’s a lie.”

That’s technically true, but he’s white, so it doesn’t matter.