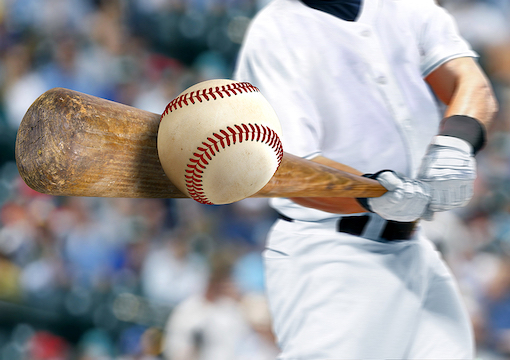 The Week’s Most Narcissistic, Chauvinistic, and Unrealistic Headlines

ROBIN DIANGELO’S FRAGILE IDEOLOGY
Robin DiAngelo is a millionaire white woman who appears to be so filled with inner turmoil that her face looks ready to crumble into a million pearl-white ceramic shards at any second.

Although her 2018 book White Fragility: Why It’s So Hard for White People to Talk About Racism is one of the dumbest books ever written and will one day be appreciated for the camp classic of deep-seated ethnomasochism that it is, it entered the charts at #1 two years ago and is still perched at #2. It has sold an estimated 1.6 million copies and earned DiAngelo about $2 million in royalties. This is in addition to the estimated $1.5 million she earns every year on the lecture circuit telling white people they don’t know what they’re talking about and really need to shut up and bathe in guilt every moment of every day.

The gaping irony is that the runaway success of DiAngelo’s career is a solid testament to the fact that the only acceptable—in fact, it’s mandated by the state, the private sector, and academia—racism these days is the relentless anti-white propaganda eternally being shat out by unbalanced and inept ideological hacks such as Robin DiAngelo.

A recent investigation by the Washington Free Beacon suggests that DiAngelo has falsely created the impression that she donates a massive chunk of her sizeable income toward any cause or charity that would measurably improve black living standards. It also suggests that she has fabricated elements of her supposedly impoverished youth. The piece hints that, based on her husband’s Instagram account, the pair spend time exclusively with other well-heeled white people.

In fact, her only goal seems to involve clubbing white people over the head with brickbats that are entirely fashioned of guilt. Never mind the fact that studies have shown that DiAngelo’s brand of “diversity training” winds up backfiring and engendering hostility toward nonwhites.

Isn’t it funny how it’s always the wealthy whites who are obsessed with white guilt and white privilege? What are the odds it would always skew that way? What are the psychological reasons it always seems to skew that way? Is it remotely possible that middle-class and poor whites never seem to feel those levels of guilt because they have no reason to feel that way?

It would be instructive to see Robin DiAngelo strapped to a chair with her eyelids forced open Clockwork Orange-style as the white lumpenproles whom she verbally defecates on for a living subject her to endless lectures about how she’s wrong about everything.

WHALE-SIZED WOMAN SPOTTED ATTEMPTING TO STEAL RHINO-SIZED TV SET FROM FLORIDA WALMART
A gigantic fat black woman with a titanically ugly face, obviously smarting from the 400 years of oppression she and her co-blacks have suffered under the Pale White Thumb, decided to take justice into her own hands recently in the sleepy little Florida town of Mulberry. Video cameras, which as we all know have been designed to spread white-supremacist propaganda about so-called “disproportionate” black crime rates, captured the hefty heifer hoisting a 65-inch Philips TV out of a local Walmart along with what we presume is her black lesbian lover. The woman, apparently traumatized by the systematic white supremacy under which she must squirm daily, allegedly sashayed right past the Walmart receipt-checkers, whom as we all know operate sort of like a modern-day consumer Gestapo knowing that Walmart operates on land stolen from Native Americans and built on the shoulders of black slaves.

“Isn’t it funny how it’s always the wealthy whites who are obsessed with white guilt and white privilege?”

When she realized that the TV was too big to fit in the car along with her gigantic fat body, she and the other black female that we’re 99% sure is her lesbian lover left the TV behind and floored the gas pedal. But since the woman wasn’t wearing a COVID-19 mask, she is easily identifiable, and the idiot will probably do jail time for failing to realize that she could have escaped scot-free with the stolen loot if she’d just “hooped” it deep inside her undoubtedly capacious lady bits.

But keep worrying about George Floyd.

Recent reports suggest that a cabal of tiny Negro children ranging in age from 10 to 17 years of age—at a time when they should be applying for jobs as gas-station attendants and maidservants—have instead chosen to embark upon a breathtaking spree of carjackings on Chicago’s South Side that involved 13 separate incidents from July 15-18, with a half-dozen occurring on the 18th alone.

Alyssa Blanchard is a Chicago schoolteacher who lives on the South Side and is presumably black, because you’d have to be insane or deeply suicidal to either teach at Chicago public schools or live on the city’s South Side if you’re not. She was recently carjacked by a group of vibrant teens and used her skills of discernment as a middle-school teacher to estimate that children as young as 11 were among the ’jackers. The day after these kids with endless potential stole her BMW at gunpoint, they used it to commit another carjacking at a local hospital.

Blacks account for 56 percent of all carjackings, another activity at which they are clearly superior to other races.

In the time it takes you to make a peanut-butter-and-jelly sandwich, a black person in America will be killed by another black person. But sure, keep cryin’ those alligator-bait tears about George Floyd.

WALL STREET JOURNAL NEWS REPORTERS ATTACK THEIR OWN PAPER FOR ALLOWING CONSERVATIVES TO HAVE OPINIONS
If you have the remotest clue about how journalism is supposed to operate, you’d realize it’s effectively dead in the United States. So-called reporters now routinely capitalize “Black” while keeping “white” lowercase, they refer to people who are clearly a “he” as a “she,” and they keep using the words “racism” and “injustice” as if they were measurable rather than figments of the collective cultural fever dream.

Apparently somebody at the Wall Street Journal still realizes there’s a difference between news reporting and opinion writing, but don’t try telling that to the paper’s news bureau. A whopping 280 WSJ staffers signed an open letter to the paper’s publisher complaining that opinion pieces by Vice President Mike Pence about COVID-19 and by Heather Mac Donald about the myth of systemic police racism were already debunked and discredited and pooh-poohed by WSJ reporters’ hard-hitting, fact-digging journalism.

Apparently they didn’t expect anyone to notice that they did not specify how these opinion pieces were counterfactual, only that they were.

They also said something about preventing minority staffers’ feelings from being hurt, as if that had anything to do with journalism.

CHRISTIAN BASEBALL PITCHER REFUSES TO KNEEL FOR DARKIES
One of the funniest things about the entire Rodney King fiasco/debacle/tragedy is that one of the cops involved in the world-famous clubbing was named Stacey Koon.

Now comes news that out in Los Angeles, a baseball player who stood out from all the members of both teams by refusing to kneel in support of Black Lives Matter during the National Anthem is a pitcher for the SF Giants named Sam Coonrod.

Coonrod said he only kneels for the Big Boss in the Sky:

In other words, he hates black people and wants them to die.

IS THIS FINALLY THE LAST NAZI TRIAL?
The people who won World War II have to be the sorest winners in world history.

In what is thought to be by temporal necessity the last trial of a Nazi in German history because pretty much everyone else is long dead, a 93-year-old man who was a concentration-camp guard at age 17 has been convicted of 5,232 cases of accessory to murder based on the fact that he used to stand at a guard tower at the Stutthof concentration camp.

In news reports, the man is referred to as “Bruno D.,” which leads us to assume he became a hip-hop vocalist shortly after the war.

It mattered not that Bruno D. was not personally involved in any killings and claims not to have witnessed many killings—the judge, who is some chick who obviously was born long after the events in question, insisted that this lowly camp guard at any moment was capable of rising up in righteous fury and singlehandedly overthrowing the Third Reich.

If you know anything about history, you’d realize that World War II was the inevitable outcome of the victors in World War I overplaying their hand. And the same thing is happening again.

GLOBAL POPULATION GROWTH: STRICTLY A SUB-SAHARAN THANG
The entire civilized world—meaning, “the entire part of the world that isn’t sub-Saharan Africa”—is in dire danger of experiencing a population decline that may spell the human race’s extinction—that is, if we don’t all wise up and start importing “educated” young African workers to fill the gaps and save the world.

According to a certain Professor Christopher Murray, the only righteous thing to do would be to immediately begin importing gobs and gobs of bright young African workers to fill the gaps, lest the civilized world return to the demon of national sovereignty and start saying things that hurt women’s feelings:

I think we will see a changing view of immigration, and with it more competition for educated migrants. We will probably see large African migrant populations in many parts of the world, as well as the emergence of large African economies….There is a very real danger that countries try to roll back women’s empowerment, education, the right to choose. We have seen in some countries in eastern Europe and central Asia that the issue is being discussed as ‘demographic security’, a threat to the nation. When you have language like that, you can see governments pressing women to have more children. There are all sorts of ways the rights of women can come under attack.

If you ever got the nagging feeling that the Powers That Be hate your guts and want you eliminated, you would be correct.