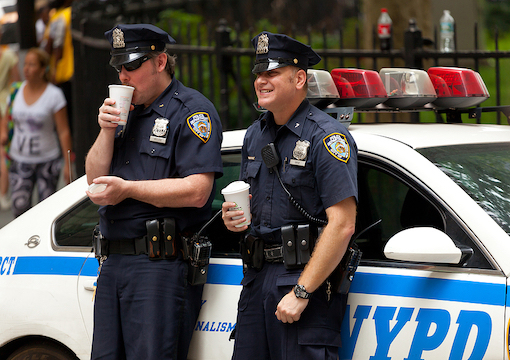 ZIMBABWE PROMISES WHITE FARMERS COMPENSATION, THEN ASKS THEM TO RAISE THE FUNDS
Zimbabwe—formerly the Breadbasket of Africa and now better known as Africa’s Rectum—used to be called Rhodesia when evil white men ruled it. Then they threw all the evil white men out of power, gave the much more ooga-booga sounding name of “Zimbabwe,” and quickly created an economic wasteland of eternal voodoo murder.

Part of this miraculous switch occurred when deceased President Robert Mugabe—mind, you he wasn’t deceased at the time, although he remains currently deceased—spearheaded an anti-white jihad that led to the forcible seizure of anywhere from 4,000 to 5000 white-owned farms and an endless series of rapes and robberies and murders.

Because they’ve probably suddenly realized that native Zimbabweans aren’t really all that adept at the whole “running an economy” thing, the tarnished nation’s leaders have recently promised to compensate white farmers for the savage thievery of their land and livelihoods.

At his residence last week, President Emmerson Mnangagwa—talk about an ooga-booga-sounding name!— signed a promise to compensate the de-farmed whites to the tune of about $3.5 billion. It remains unclear whether that’s in American dollars or Zimbabwean dollars; if it’s the latter, a ham sandwich costs more than that in Zimbabwe.

But there’s a catch. There’s always a catch in Zimbabwe.

Since the nation’s economy is wrecked due to, oh, the lingering after-effects of white racism or something, the agreement contains a clause—the white farmers themselves must help raise the funds with which they compensate themselves.

In essence, it’s an empty promise and maybe even a cruel joke.

After having his farm pulled from under his feet years ago, Miki Marffy moved to Zambia and restarted his business. But like everyone else, he’s skeptical that it will amount to even “a speck of compensation”:

If we got something, that would be wonderful. And if we don’t, or they try to do a currency-conversion trick, then we will just continue to hang on to our title deeds: nothing ventured, nothing gained.

Those Africans are a bunch of sneaky snakes. But you already knew that.

BLACK LIVES MATTER MARCHES TOWARD KKK LEADER’S ARKANSAS COMPOUND
When was the last time you saw the KKK harass anyone?

Better yet, if we’re not talking about TV movies and History Channel documentaries, when was the last time you saw the KKK?

As everyone with two white brain cells to rub together already knows, a group known as Black Lives Matter has disrupted life as we know it in this country for more than two months based on the fraudulent notion that the biggest threat to black lives is anything other than black people.

A recent viral video showed BLM protesters shouting at residents of Harrison, Arkansas, which was subsequently dubbed “America’s Most Racist Town,” a formerly coveted title that very few American towns even seem interested in competing for these days. Harrison is said to be the KKK’s national headquarters. KKK leader Tom Robb allegedly has three PO boxes in Harrison and lives 15 miles away in poor-as-dirt Zinc, Arkansas.

Some agitant with too much time on his/her/zer hands thought it’d be a bold statement to march their black and fat-white-ponytailed asses into Zinc as a show of political force and possibly intimidation.

You know—like the KKK used to do.

A black man wearing an AC/DC baseball cap and Iron Maiden T-shirt along with BLM COVID-19 mask who said his name is “Sonny Cropper” declared to a local TV reporter that he will not tolerate the intolerant:

You’re out here in your little neck of the woods where you think you don’t have to see the people that you hate. We know that hatred is here and we still don’t tolerate it.

Although there was no violence—well, someone shoved a reporter, but reporters don’t count—citizens of Zinc sat on their porches with guns, stood in the streets with guns, and blocked the road to Tom Robb’s compound with cars and guns.

Every visible local white person bore the ravages of a lifetime of dispossession and malnutrition on their faces, yet they were subjected to the scolding lectures of relatively affluent blacks and whites about how they have to stop oppressing people.

“When was the last time you saw the KKK harass anyone?”

Zinc resident (Zincer? Zincite? Zinconian?) Kenny Devore shrugged and wondered what all the hullabaloo was about:

I think if they want to start trouble they should do it in their own town. We didn’t ask for ’em, we ain’t never done nothing to them. And I don’t really see what the reason is for them being here….[We] want them to get done and go away.

But they’re not going to go away. They’ve promised to keep coming back—in larger numbers. It’s almost like they’re forcing it so that someone will finally snap and attempt to chase them away, at which point the feds will swoop in and arrest all the racists.

PENTAGON REMOVES LANGUAGE REFERRING TO PROTESTERS AND REPORTERS AS “ADVERSARIES”
Since journalists don’t mind destroying everyone else’s lives but are extremely touchy if you so much as suggest that they are hardly saintly or honest, there was a recent hubbub about verbiage in a Pentagon training manual that referred to violent protesters and journalists who leaked sensitive information as “adversaries”:

Unfortunately, poor OPSEC practices within DoD in the past have resulted in the unauthorized disclosure or ‘leaks.’ The Department of Defense (DoD) remains committed to transparency to promote accountability and public trust. [However] unauthorized disclosures jeopardize our DoD personnel, operations, strategies and policies to the benefit of our adversaries.”

Although rioters were too busy rioting to even notice, journalists pitched a fit. How dare the government refer to people who provide a false narrative enabling people to attack police officers and bomb federal buildings as “adversaries”?

A Pentagon spokesman said that these so-called “reporters”—who are supposed to check facts—were unconversant with what the term “adversaries” means in a military setting:

An adversary — a common generic term for a person or group that opposes one’s tactical goals — is acting counter to our information security objectives and therefore personnel must understand that. Attempting to read more into the use of the term obfuscates the clear purpose of the training: to prevent information from falling into unauthorized hands regardless of its potential use.

Regardless, the military buckled—soldiers and cops are doing a lot of that these days, have you noticed?—and only a day after complaints first emerged, they purged the term “adversaries” from the manual.

JEWS ACROSS ISRAEL TAKE TO THE STREETS TO SCREAM AT NETANYAHU
Israel is a tiny nation barely the size of New Jersey and whose residents probably even have more attitude than Jerseyites.

Something in Israel called the Black Flag Movement realized that in the summer of 2020, just about the hippest thing you can do is take to the streets to start screaming and burning things. On a recent Saturday night, officials estimate that in 300 locales across Israel, “more than 10,000” protesters stormed the streets and started chanting about how Netanyahu is a putz and a jerk and a schmuck and a real schmendrick.

In the town of Rehovot, a driver attempted to plow through protestors, possibly inspired by rampant footage of disgruntled drivers doing it in the United States of America. There were also reports of “far-right activists” and even members of a nationalist gang called “La Familia” doling out counterviolence to the Bibi-bashers.

Who the hell would want to live in that parched land of eternal crisis?

SHOOTINGS GO WAY UP IN RIOT CITY U.S.A.
Although Georgia has seen two recent high-profile cases where white men shot black men dead, and even though Atlanta is 51% black, rioting has been scattershot in Chocolate City USA.

Meanwhile, Portland Oregon—which, at a piddling 6% black is less than half as black as the entire nation, including all the wheat field and mountain states—has been Congo on Fire ever since late May. Every night downtown is a burning Armageddon of thousands of white people pledging to the city’s smattering of blacks to be nice to them.

Geographically isolated white people who are drunk on their own self-hatred are liable to behave strangely.

Because everyone’s threatening to kill the cops, and because any sane cops’ response to that is, “You’re on your own, kids,” the lack of police presence in Portland made July 2020 the town’s deadliest month since the 1980s.

Someone recently fired over 150 rounds at an apartment complex far from the riots downtown, but no one was hurt.

That’s because all of Portland’s active shooters are also on heroin.

SHOOTINGS GO WAY UP IN NYC, TOO
What are the odds that when you gut a city’s police budget by one billion dollars and dissolve a 600-person plainclothes unit tasked to take guns off the streets that the city’s rate of shootings would go up?

This is exactly what happened in New York City.

Although we’ve barely squeaked into August, the Big Apple has already eclipsed last year’s total number of shootings. The lucky recipient of this year’s 777th shooting was a man who walked into a Bronx emergency room bleeding last Saturday night.

It only gets worse from here. As the shootings continue, so will retaliation. It’s a vicious cycle that the NYPD worked hard to mitigate, but that they are no longer able and in some cases willing to.

One can’t blame the cops for not wanting to get involved anymore. No, all the blame lies with the blinkered fools who thought that defunding the police would save any lives, black or not.