The Wisdom of Spotted Toad 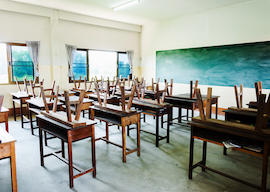 The good old days of blogging when just about any blogger could, at least until he ran out of ideas, be somebody has come and gone. So the few new bloggers who have made an impact in recent years have had to be awfully smart. Ranking up near Scott Alexander of Slate Star Codex among the top new voices of the 2010s is Spotted Toad, the pseudonymous quant-intensive public policy analyst.

Spotted Toad has now written a short, nonstatistical, elegantly oblique memoir of his decade, 2000 to 2010, as a public school teacher: 13 Ways of Going on a Field Trip: Stories about Teaching and Learning.

While Toad abstains from citing data in his new self-published book, his Thoreauvian reminiscences are informed by the latest findings on genes and IQ, which makes for a subtle and unusual literary combination. Most schoolteachers would rather not think about 21st-century intelligence science, but Spotted Toad can’t ever stop thinking.

For example, he recalls naively offering to a fellow teacher who had been a Peace Corps volunteer in New Guinea the famous assertion in Jared Diamond’s 1997 best-seller Guns, Germs, and Steel that New Guinea natives must be more intelligent than Americans.

“Well…” she says, and then tells her own story about how she had bought an electrical generator to run a refrigerator to store medicine for a jungle clinic she’d opened for her Papuan students. But one of the native teachers figured out how to reconnect the generator to a TV. Soon the medicine had spoiled and all the Papuan teachers were sleeping through their classes because they’d been ogling Baywatch all night long.

Yet, Toad demonstrates, being well-informed about IQ science doesn’t make him nihilistic about the value of teaching. He notes that perhaps the single most enduring trend in pedagogy in recent decades, Lucy Calkins’ “workshop model” of individual writing assignments and silent reading, is:

…in many ways a realistic resignation to the fundamental challenges facing American teachers—the vast range in ability, particularly in reading, that confronts teachers within an ordinary classroom….

“Most schoolteachers would rather not think about 21st-century intelligence science, but Spotted Toad can’t ever stop thinking.”

In 2000, Toad had gotten a job as a Bronx middle school science teacher through Teach For America, the once-fashionable charity that recruits graduates of elite colleges, gives them a mere five weeks of training, and then has them work for a few years in downscale public schools.

As you may recall, after the economic crash of 2008, TFA had been constantly featured in the press. High-IQ teachers with no experience were going to save America by Closing the Gap!

Also, post-2008, public school teacher was seen as one of the few old-fashioned jobs still with pensions and strong health insurance. So New York Times subscribers were constantly forwarding admiring articles about TFA to their underemployed children.

It’s not clear why Teach For America is suddenly uncool, but you don’t hear much about TFA lately, as another top blogger of the current era, Ed Real, has pointed out. The number of teachers TFA employs appears to have fallen almost 50 percent since its peak in 2013.

Of course, maybe TFA should never have been cool. Spotted Toad writes:

A few years ago, the governing idea about urban education, if you picked up a magazine or newspaper, was that the reason the school I taught at in the Bronx was screwed up was because the teachers were all lazy or stupid, reading the newspaper instead of teaching…. But the veteran teachers I knew well all worked hard, all tried to understand the kids on their own terms as well as to communicate Rikki-Tikki-Tavi and the Revolutionary War and math proportion problems in the kids’ terms, as best they could, and to present what it was to be a reasonable, thoughtful adult as best they could as well…. It was hard to see that substituting another person in the room instead of them, someone younger or more expensively educated, would make an appreciable or positive difference on average. Putting me in there certainly wasn’t changing the world.

After years of being denounced by neoliberals as the cause of the Gap, the teachers’ unions have the whip hand again, and they want vengeance on TFA. For example, California Democrats are pushing legislation that would, in effect, drive TFA out of the state.

Spotted Toad, who now works in public policy research, is one of the few with both the classroom experience and the quantitative chops to potentially write the definitive history of the Education Reform Bubble of the Bush and Obama years, a remarkable era when George W. Bush and Ted Kennedy teamed up in their No Child Left Behind act to mandate that all children be above average by 2014.

But 13 Ways isn’t intended to be that book. Instead, it is a collection of anecdotes that artfully illustrate his rather upbeat theme that even though teachers can’t save the world, teaching is still an honorable trade.

It starts off with a certain amount of satirical muckraking. Toad first gets hired because the school is reorganizing itself along the lines demanded by a now-forgotten fad: Small Learning Communities.

Ex-terrorist Bill Ayers, among numerous others, had been promoting the nostrum that what would save the schools is shrinking their sizes. Philanthropist Bill Gates fell in love with the idea for a decade. And Bill Gates usually gets whatever Bill Gates wants when it comes to his educational whims. But then in 2009, Gates declared it a waste of time, and he was soon moving on to shinier vogues like Common Core.

Any Educational Agenda will Cause an Equal-and-Opposite CounterAgenda to be Formed. The Agenda and CounterAgenda mingle, interact, make noise, and then dissipate in a cloud of photocopied handouts.

Toad didn’t deal well with the enormous amount of paperwork schools generate. One problem he doesn’t mention is that anything that generates a paper trail that can be tabulated for a racial discrimination lawsuit, such as suspensions, was falling out of favor. The Obama administration declared in 2014 that the higher rate of suspensions of blacks was inarguable proof of systemic racism on the part of school staffs. Not surprisingly, the Obama war on discipline didn’t do teachers (or students) any favors.

The standard school punishment in the 21st century is to call the parents, because that usually doesn’t generate a paper trail that can be audited for racism. Sometimes, however, immigrant parents have Old Country ways. Toad notes:

It was all shadowboxing, of course, getting their parents mad enough for the kids to be a little scared, but not so mad that they hit the kid….

After a rough first couple of years, Toad starts to hit his stride in the classroom. He gets better at winning tests of dominance with children. And he gets less ambitious at dreaming up elaborate dog and pony shows:

So when you become a teacher, one’s natural impulse is to try to destroy boredom with variety and unusual activity. Today, we’re going to play a board game about multiplying positive and negative integers. Today, you’re going to write a poem about the rock cycle.

This produces more boredom instead of less…. First, kids come to school with the expectation of working toward success, that they will put forth effort, and in return they will be rewarded by not getting into trouble….

So students rather like routine work, such as chipping away at a fine Khan Academy tutorial on the computer.

…and a class that is constantly trying one form of instruction and then another gives little in the way of consistent feedback to tell the kid he’s doing what he’s supposed to do.

Second, a class where the teacher is constantly explaining a complex activity tends to require more time listening and less time doing, more cognitive burden just trying to understand what the teacher wants you to do….

Eventually, Toad arrives at an epiphany that helps him avoid burnout:

…despite Teach For America pushing the idea of the outstanding teacher as a transformative force in poor children’s lives, on an average day it probably made more sense to think less about being an awe-inspiring superstar and more about being a “good enough” teacher—passing your own forgiving bar, by your own standards, as best you can.

Similarly, after years of studying the data, Toad finds it hard to argue that American public schools “don’t pass some low bar of adequacy.”

For example, as I’ve pointed out over the years, on the international PISA school tests, Asian-Americans do almost as well as Northeast Asian countries, white Americans outscore most white countries other than Finland and few other northern realms, Latino-Americans outperform all Latin American countries, and African-Americans beat the handful of black Caribbean countries that even try the test.

We Americans do spend a lot to achieve these educational results, but our outcomes by global standards are much less terrible than most Americans assume. (In particular, Indian states that have tried the PISA bomb it, scoring at sub-Saharan levels.)

The lesson I take away from this is that the most glaringly obvious way to improve our schools is to improve their students via smarter immigration policy.

And I look forward to Toad someday writing his big book on what he’s learned about education.