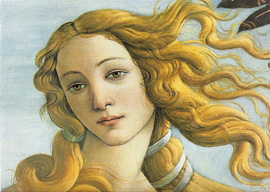 Like firing a fetus from a slingshot, feminism catapulted women out of the kitchen and onto the streets, where they were invited to do anything a man can do”but better. This was a blessing for the few women meant to lead a man’s life, but for the vast majority of womankind, it was like that human cannonball from the Isle of Man who died after being catapulted across the sky and right through his safety net.

As this fascinating article by the Daily Mail‘s Liz Jones explains, feminism hasn”t relieved women of any female obligations; it’s only added male obligations to their burden. The kitchen may have been a prison, but it was a hell of a lot easier than staying at the office all night to prepare the PowerPoint presentation for the Clifford account, especially when you have to make the kid’s lunches the next day. Women now get the worst of both worlds.

The girls I grew up banging had rooms that were light years filthier than mine, and I was quite a sloppy lad. I”d say less than half of my female peers can cook, and big loud walrus belches have become the modern lady’s version of, “Charmed, I”m sure.” After graduating from this androgynous youth, women are invited to join the workforce and either bust their ass doing physical labor or get a desk job sifting through numbers without the testosterone to be able to crunch them. (The president of Harvard lost his job for broaching the subject, but “Exposure to testosterone in the womb is said to promote development of areas of the brain often associated with spatial and mathematical skills.”)

“American women seem to think that once they give birth, they have to visit Rachel Maddow’s barber for the rest of their life.”

Today’s woman is more like an ornery dude than a Southern belle, but there’s still hope. If womankind can follow these 12 simple steps, we will have rescued our nation’s fair maidens from sexual ambiguity’s dry, gnarled weeds and restored their femininity back to the dewy lotus flower it was always meant to be.

1. STOP SAYING “LIKE”
I recently had a wood sign made that says, “You are entering a “Like”-free zone.” While discussing the details with the carpenter, he asked, “You live around a lot of Valley Girls or something?” No, dude, I live in New York City, where “like” has replaced “the” as the most common word in the English language. Unlike, like, many of my contemporaries, I don”t have a fetish for retarded girls. You need to stop talking, like, now! You”re, like, killing my erection.

2. LEARN TO USE TOILET PAPER
We know you don”t poo and we appreciate you never bringing that up, ever (which includes never bringing a magazine into the bathroom because what kind of article could you possibly read in the thirty seconds it takes to pee?), but please learn to wipe yourself. That means: Pull out six squares at a time and fold them three more times until you have one thick square. Now go from the mons pubis toward the anus and drop it in the bowl. Flush the evidence, sterilize your dirty hands, and promptly exit the restroom in a quiet and ladylike manner. Please stop making a beehive-sized boxing glove out of half a roll and leaving the clogged mess for us to plunge out. Once we associate your whole “area” down there with poo, it’s like Chernobyl”ruined.

3. THE SHOES MAKE THE WOMAN
High heels with ankle socks are my Achilles” heel. You could put that shit on Susan Boyle, and I”d do whatever she asked. But as with pigtails and knee-high socks, they look ridiculous after 25, so sow those wild oats while you”re young and you”ll have your pick of the male litter. Also, we realize that high heels are painful”that’s why we like them”but we”re willing to cut you some slack. From now on, you can wear flip-flops exactly three days a week. When you go out on the town you have to wear heels and the rest of the time you can wear flats or boots (not open-toed) or sneakers or something equally non-sandaly. Having the soles of your feet black from city filth is literally a step back from the cave days. PS: Socks destroy us. Any kind of socks. Thigh highs and striped ones are a given, but even gross, black dad socks make our chests tight with lust. Wearing socks is like foreplay, so stop walking around like a homeless lifeguard.

4. DON”T GET SO SHITFACED
Anyone who thinks 60 Minutes’ Lara Logan deserved to be raped deserves to be raped; however, it wasn”t exactly, shall we say, prudent to walk through a mob of crotch-grabbing anti-Semites stupid enough to think her gorgeous blonde hair made her a Jew. Especially during the peak of a riot. Nearly all men are pigs”even ones who don”t eat pork”so do NOT get wasted on a first date. The only time you can get shitfaced in public is when you”re with a slew of BFFs who can be trusted to make sure you get home to your bed safely. The 27-year-old woman who was allegedly raped by police is likely going to lose because she can”t remember pertinent details and seems to be resting her entire case on the belief that women don”t try to make out with you after they”ve vomited all over themselves (something I can say from personal experience is untrue). Where were her friends? You may want to consider the possibility women were simply not meant to drink in the first place. No offense, but it just doesn”t suit you.