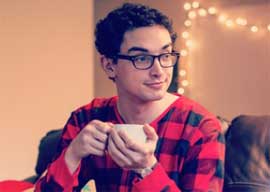 As someone who’s offended by nothing but annoyed by everyone, I found no shortage of people this past year to stoke the angry embers of my irascible soul. Try as I may to shield my eyes from the countless blinding petty indignities and massive vexations of everyday existence, each sunrise seemed to drop a new human being on my doorstep to annoy me.

I tend to focus on the negative at the expense of everything else, so when I looked back over the past year, I immediately began thinking of people who annoyed me. It was hard to winnow down my list to only 13 selections. They are ranked in ascending levels of annoyance. Although I bear no personal ill will toward any of these people, nor do I engage in any violent fantasies about them, it would not be untrue to say that I would not cry if, say, any of them were to be struck dead by a train in the coming New Year.

If you understand the basic principles behind the butterfly effect, you would be forced to agree with me that these are all people who, each in their own way, have made life a little harder for all of us this year. Through their very existence, they force you and I to suffer. Damn them. Damn them all to hell!

13. UNNAMED 64-YEAR-OLD SOUTH CAROLINIAN STABBING VICTIM AND FAN OF EAGLES MUSIC
In September a rough, beaten-up-looking South Carolina woman named Vernett Bader was arrested after allegedly slashing her housemate with a 14-inch serrated bread knife. Her victim, an unnamed 64-year-old man, had allegedly told her to “shut up” after she complained that he’d been playing too much music by the classic rock band Eagles. (It can never be repeated enough, if only to ratchet up the annoyance factor, that the band is not called The Eagles”they are simply random, unspecified Eagles.) And refusing to quit blasting your stupid, overplayed Eagles music when your torn-and-frayed female housemate requests that you do so qualifies as annoying enough to warrant being stabbed. He should be grateful she didn’t kill him.

“These are all people who, each in their own way, have made life a little harder for all of us this year.”

12. UNNAMED SHRIEKING CANADIAN FEMINIST
Back in April, a group of typically sincere and comically misguided men’s-rights activists was trying to peaceably air its views at the University of Toronto when a chanting pack of progressive albino twat-monkeys pulled the fire alarm and disrupted the event. Outside the building, a plump harpy with her hair dyed the color of menstrual blood that had been exposed to nuclear radiation barked and howled and belittled the persistently peaceable and earnest MRAs in a breathtakingly hostile videotaped rant that singlehandedly managed to justify every misogynist stereotype throughout world history. After the video became viral, she was apparently harassed and threatened into hiding, and I can only hope that wherever she’s hiding, there’s no man there for her to yell at.

11. DAVID OLANDER
Would any sane person think that a dry batch of asparagus is evidence of systemic racism? Of course not, but we’re living in racially insane times. The award for the year’s pettiest racial complaint goes to David Olander, a member of the human relations commission in University City, MO. After espying a relatively desiccated bunch of asparagus at a Schnucks grocery store in a predominantly black neighborhood, Olander says he remembered that the asparagus at a Schnucks in a mostly white neighborhood was much fresher, moister, and more vibrant. Olander fired off a letter of racial grievance to Scott Schnuck of Schnucks, which I only mention so I can repeat the phrase “Scott Schnuck of Schnucks.”

10. WILLIAM LOWELL PUTNAM III
Despite the absurd and nauseating posthumous canonization of junior thug Trayvon Martin, the most rational conclusion one can reach about the Zimmerman/Martin saga is that they were both douchebags and idiots for various reasons and to different degrees. But despite Trayvon’s transparent cretinism, William Lowell Putnam III of the Lowell Observatory encouraged an astronomer friend to submit a suggestion that an asteroid be named in Martin’s honor. The suggestion was rejected, and I’m glad that it was. It’s a better universe without an asteroid named Trayvon.

9. OPRAH WINFREY
Failing to ever publicly acknowledge that she is astronomically fatter and richer in Evil Racist America than if her ample rump had been reared in Mother Africa, the wealthiest black woman in the history of black womanhood spent most of the year wheezing like a punctured accordion about how tough it is to be black. She possibly fabricated a tale of being snubbed by a Swiss clerk, falsely claimed that “millions” of blacks had been lynched in America (the total was actually somewhere around 4,000), blamed criticism of Obama on white American racism, and suggested that the problem will only get better when white racists start dying en masse. Miz Winfrey, you is one ungrateful Negress. And you pee too much.