The Bitter Taste of Richwine 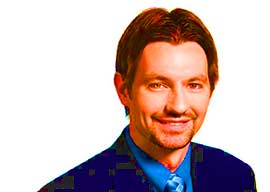 Spring is in the air, which means that it’s time for another insane moral panic regarding the Great Egalitarian Unmentionable: The idea that true diversity of the cognitive kind exists between human ethnic groups.

The latest polite-‘n’-erudite researcher to be guillotined by the naÃ¯ve-yet-bloodthirsty egalitotalitarian headhunters is Jason Richwine, a Harvard graduate and, until last Friday, a policy wonk for the Heritage Foundation.

Last Monday the Heritage Foundation released a report coauthored by Richwine and Robert Rector titled “The Fiscal Cost of Unlawful Immigrants and Amnesty to the U.S. Taxpayer.” To summarize it in a smooth, dispassionate, and unwrinkled nutshell, the paper argued that providing amnesty to “unlawful immigrants” might ultimately “pose large fiscal costs for U.S. taxpayers,” seeing as how those who tend to sneak across the border in search of a better life are statistically likely to be “net tax consumers,” i.e., a drain on the public piggy bank.

“For some reason it’s OK to claim that certain groups are smarter than whites, but never to concede that some groups may be dumber.”

In a stroke of unabashed and unhinged hatred, the paper attempted to base its argument on “facts” and “math” and “statistics” rather than sappy-assed emotional appeals to dim notions of universal brotherhood.

Clearly, this was unacceptable.

It didn’t take long for the lavishly well-funded pro-amnesty forces to firmly affix devil horns atop Richwine’s noggin. The spotlight was quickly diverted from Richwine’s Heritage Foundation report to his doctoral dissertation at Harvard, which was titled “IQ and Immigration Policy.” (Readers with weak stomachs and soft brains are advised to avoid reading the dissertation, seeing as how it’s buttressed by mountains of statistical evidence regarding persistent IQ disparities between native-born American whites and Mexican immigrants.)

Their brains washed clean in the sparkling spring waters of liberal creationism‘s preposterously implausible tenets, most of Richwine’s assailants needed to read no further than his dissertation’s abstract before their jaws dropped to the floor and their testicles retracted within their bodies:

The statistical construct known as IQ can reliably estimate general mental ability, or intelligence. The average IQ of immigrants in the United States is substantially lower than that of the white native population, and the difference is likely to persist over several generations. The consequences are a lack of socioeconomic assimilation among low-IQ immigrant groups, more underclass behavior, less social trust, and an increase in the proportion of unskilled workers in the American labor market.

The outcry came quick, loud, hard, and stupid: If we allow such thinking to continue, it’s only a hop, skip, and a jump straight into gas chambers and ovens. Business Insider featured a headline stating that Richwine’s “Comments” (rather than, oh, his data) were “Awful” and “Racist.” This was to be a persistent theme among the criticism”that Richwine had spewed his ill-advised and unfounded “beliefs” and “opinions” and “prejudices” rather that what appeared to be the case, which is that he offered voluminous evidence to support a well-reasoned and dispassionate argument. He was accused of being a bigoted clodhopper with an “inferiority complex” who needed to “feel better than” other people, because as we all know at this late stage of the game, feelings are far more crucial than facts. He was charged with peddling “appalling,” “outdated,” and “discredited” notions that perhaps evolution is an ongoing process that bestowed mean cognitive abilities inequitably among different ethnic groups, a virulently hateful idea that, as we all know, inconveniently happens to be supported by every shred of evidence in existence.