The Care Bears vs. McCarthy 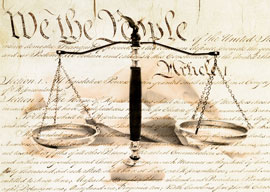 Catholic libertarian Jeffrey Tucker recently introduced us to the concept of “libertarian brutalism.” The distilled version: Libertarianism is well and good, but can”t we do something to make sure people only use freedom of association in ways that are palatable to progressives?

Now Reason is getting in on the act, proposing a libertarianism beyond the (actually sort of incredibly stupid and childish) non-aggression principle: It’s also about caring, maaaan. The article, replete with scare images of men in Klan robes”the necessary result of a libertarian society unconcerned with “tolerance” or whatever the term is these days”goes through a lot of tired old left-libertarian tropes.

There’s the requisite invocation of Ayn Rand denouncing racism as “the lowest, most crudely primitive form of collectivism.” And no article of left-libertarian progressivism would be complete without pro forma reminders that libertarians seek to use social stigma rather than state power to achieve these aims. Cue the thoughtful, breathless appeals to so-called “bleeding heart libertarianism“: “We don”t care only about force and its improper uses. We care about individual persons.”

“It’s not that I think that people oughtn”t advocate for their own values; quite the contrary. I just don”t understand what it has to do with “libertarianism.””

For what it’s worth, Reason is sort of a ground zero for this type of “progressive libertarianism,” with its deep concerns for “income inequality” and “privilege” and “Bob“ knows what else.

So much the worse for what they”re calling libertarianism these days, I suppose. For my own part, I care about me and mine, which is a circle of about 50 people when it comes right down to it. Championing inclusion works for me insofar as it works for me. Beyond that, I honestly can”t be bothered one way or the other.

I”m not really sure what “inclusion” has to do with libertarianism. On the contrary, I side with Hoppe: Private property is, by its very nature, discriminatory. You own it, not everyone. When the anarchist cafÃ© in Portland decided to throw a cop out, I thought they were dumb for doing so, but I subscribe to the principle “your house, your rules.” Similarly, I think companies have the right to refuse business to people for wearing roller skates, speaking Swedish, or skipping leg day at the gym.

But let’s talk for a second about the 900-pound gorilla in the room: I have never heard of anyone being fired for being too politically correct. A recent article (that I will most certainly not link to) calling for jailing anthropocentric global warming skeptics did not, so far as I can tell, result in any lost wages. Calling for the destruction of the white race doesn”t get you fired”it gets you tenure. If Brendan Eich had been donating money to Howard Dean instead of Pat Buchanan, he”d still have a job.

Go ahead and find me a country music star who can rock white nationalist mystic gear at a NASCAR event with impunity. I won”t be holding my breath.

The primary form of “McCarthyism” (a term used merely for convenience because, as I have said before, McCarthy was not only factually accurate, but also completely justified in exposing a subversive conspiracy at the highest levels of power) in 2014 doesn”t come from the right, but from the left. So why the focus on big right-wing meanies breaking up the tolerance drum circle and keeping America from becoming one big happy Burning Man? Are they the ones chasing people out of public life?

Why, indeed? It’s not that I think that people oughtn”t advocate for their own values; quite the contrary. I just don”t understand what it has to do with “libertarianism.”

Have I missed something here? Is the Overton window not shifting quickly enough to the left? Are there not quite enough people in the media and academia shilling for “social justice” and against “phallogocentric cishet white male privilege?”