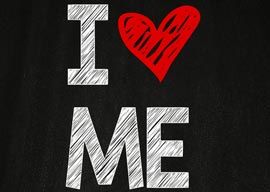 Immigration, with its bumptious reality of comically mercenary fraud covered up by pious cant, provides Ann Coulter with the best topic of her career in ¡Adios, America!

The quantity of humbug emitted about the sacredness of immigration has reached laughable levels since Mexican monopolist Carlos Slim bailed out The New York Times. Coulter writes:

The Times should never stop hearing about Carlos Slim. By all the rules of the Left, you”re not supposed to trust someone beholden to a rich man, especially one with a specific interest in public policy. If Slim had saved any company in the world other than the New York Times, his sleazy insider deals and business model based on mass illegal immigration to the United States would absolutely be a problem. But you forgot something”we”re the New York Times! We”re the good guys. You”re not factoring that in.

Coulter’s latest best-seller, the impressively researched ¡Adios, America!, of course features numerous witticisms. We”re constantly told that conservatives aren’t funny by people without the native wit to realize what a large percentage of professional comedy writers are on the Right. (It’s not unknown for TV writers to email jokes to Ann that they don”t dare use on their own shows.) In her acknowledgements, Ann explains that most of the people who read her book in manuscript

shall remain nameless, on account of the maniacal blacklisting in store for anyone with second thoughts about turning America into Mexico.

Of the friends who let her use their names, she points out:

Nearly all…are Californians. It’s remarkable how quickly people in a state that has been overwhelmed with illegal aliens are able to grasp the fine points of my thesis…. Finally, everyone mentioned here agrees with every single word in this book. Don”t let them tell you otherwise.

But Coulter’s real literary achievement in ¡Adios, America! is less in the pointillist jokes than in her architectural structuring of a huge amount of information and observation to convey a deeply black comic effect.

“The running joke of the book is that liberals don”t get that they”ve unleashed on America the opposite of the principles they claim to uphold.”

The running joke of the book is that liberals don”t get that they”ve unleashed on America the opposite of the principles they claim to uphold and, more surprisingly, the tastes they prefer.

For example, Coulter, who was raised in New Canaan, Conn., notes:

All peasant cultures exhibit non-progressive views on women and children; Latin America just happens to be the peasant culture closest to the United States…. The idea that backward peasants will instantly acquire the characteristics of Americans is the kind of homeopathic magic New Guinea primitives would believe.

What kind of bizarre person must Coulter be to notice such a thing?

As far as I can tell, she is an old-fashioned Northeastern Republican, a proud daughter of Connecticut. The Nutmeg State had been the highest-achieving state for much of American history, attracting individuals of the caliber of Mark Twain, whose satire A Connecticut Yankee in King Arthur’s Court reflects his appreciation for how high the citizens had managed to climb.

The people of Connecticut worked for centuries to rise above the cultural backwardness that our immigration system pipelines into our population in the name, ironically, of progressiveness.

It’s difficult for excerpts to reproduce the punch-drunk hilarity that Coulter induces in the reader as she artfully piles up the details. Here’s one example that ought to sound disturbing (because it is):

In a case the New York Times described as a “family drama involving clashes of cultures,” a Brazilian woman and a Palestinian man in St. Louis murdered their own daughter because she was a “whore” for “going out with a black boy.” By lucky coincidence the girl’s father, Zein Isa, was a suspected terrorist, so the FBI captured the entire murder on a surveillance tape in their home”in subsidized housing, naturally. (Zein could be heard on the tape boasting about how much he loved the United States because there were so many different welfare programs to game.)

But then Ann immediately follows up with the tale of the Chinese immigrant Dong Lu Chen, who beat his unfaithful wife to death with a claw hammer:

Brooklyn Supreme Court Justice Edward Pincus let Chen off with probation”for murder“after an anthropologist testified that, in Chinese culture, the shame of a man being cuckolded justified murder…. The female head of the Asian-American Defense and Education Fund, Margaret Fung, applauded Chen’s light sentence, saying that a harsher penalty would “promote the idea that when people come to America they have to give up their own way of doing things. This is an idea we cannot support.”… Chen immigrated to America with his entire family when he was fifty years old”fifteen years away from collecting Social Security”to be a dishwasher.

In 1980 I worked as the research assistant to the top criminal defense lawyer in Texas, Racehorse Haynes, as he was considering writing an autobiography. From his scrapbook I learned that back in the 1960s you could kind of get away with murdering a cheating spouse in Texas, so long as he or she had it coming (and you hired Racehorse to defend you). Of course, that was a long time ago.

Perhaps if The New York Times were to start referring to immigrants as Extreme Texans they”d find it easier to comprehend the patterns.

A few years after I left Texas, that conservative state launched a fairly successful antilittering campaign around the nativist slogan “Don’t mess with Texas.” Unfortunately, nothing like that has ever succeeded in my native California, where illegal aliens routinely trash the most accessible natural beauty spots, such as Malibu Creek and Stoney Point.