The Curse of King Martin 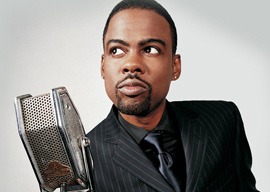 When Lowry fired Derbyshire from National Review for writing a “racist” column here at Taki’s, he took particular issue with Derb’s contention that whites should “Stay out of heavily black neighborhoods.”

Lowry was clearly unfamiliar with (black) comedian Chris Rock’s 1996 bit about avoiding any street in America named Martin Luther King Boulevard. As everyone (except National Review editors) knows, avenues christened in honor of that self-proclaimed champion of nonviolence usually run through black neighborhoods and tend to be among the country’s most dangerous.

The Curse of King Martin now seems to have extended beyond eponymous boulevards. In a development that’s sure to equal bad news for the Mall in DC, whites are on notice to steer clear of streets boasting monuments to MLK, too.

“Don’t leave your driveway without Derb behind the wheel and Chris Rock sitting shotgun.”

An 83-foot-tall obelisk honoring King stands over the corner of Brambleton Avenue and Church Street in Norfolk, Virginia, which is precisely where a white couple were driving last month when they were set upon by (depending on who’s doing the talking) “dozens” or “at least 100” black youths.

Sadly, such black-on-white swarms have become commonplace over the last few years, although you’d never know it unless you read the Drudge Report, which is one of the only “mainstream” news outlets that dares to report on the epidemic.

Which decided not to report this attack on its very own reporters.

(Maybe because, hey, they were short-staffed for a week”the pair having been forced to take time off work due to their injuries and all….)

It wasn’t until a Virginian-Pilot columnist wrote an opinion piece on the incident a fortnight later that residents learned about the couple’s terrifying ordeal. And boy, were they pissed: at the black teens and their online supporters (one of whom called the attack revenge for Trayvon Martin“an “excuse” that’s proving to be predictably popular with thugs of late); at their local self-appointed media gatekeepers; and at the police, whose indifferent mumblings about the crime sound like dialogue deleted from RoboCop as unrealistic. Mechanical police wouldn’t sound either this touchy or this indifferent: