The Decline of Advocacy 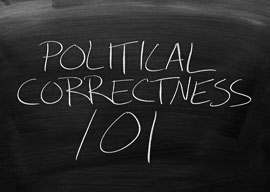 My days of appearing in court as an expert witness in murder trials are over, but I am still interested in advocacy and am an admirer of advocates (contrary to a commonly expressed opinion of them). There are those who use the bludgeon and those who use the rapier; there are the bullies and the charmers; but they all seem able to master very quickly subject matter to which they have never previously given the slightest consideration, from boilermaking to pharmacodynamics. No doubt there are incompetent advocates, but at their best, when I have mostly met them, they have the quickest and most flexible minds that I have ever encountered”which, of course, leaves them open to the charge of sophistry.

This charge is mistaken: In the Anglo-American adversarial system, at any rate, they are ethically obliged, without resort to things that they know to be untrue, to find the best arguments they can on behalf of their clients. And it is for the court to sort the evidential sheep from the evidential goats. That is what it is there for.

Reading the other day a book by the eminent counsel David Pannick about advocates, written in 1992, I came across a passage that seems to have particular resonance today:

“If this is a new age of post-truthfulness and irrationality, Mr. Trump is a response to it rather than its originator.”

The principles of advocacy in our legal system have much to teach us about the more general values of reasoned debate which are fundamental to the success, indeed the survival, of a civilized society. Our culture is threatened by the decline of advocacy, that is the reluctance to present a case by means of persuasion, the refusal to listen to the arguments of the other side, the resistance to considering the competing interests dispassionately, and the replacement of these methods of rational and objective debate and analysis by aggression and intolerance at all levels, domestic, national and international.

One cannot say that the past few months in Western civilization have provided a model of reasoned debate worthy of imitation throughout the world. We have reached the stage”the nadir”at which, if Mr. Trump were to issue a decree to the effect that two and two made four, his opponents would shriek that they didn”t, that in fact they made five. In other words, I oppose you not because of what you say, but because of who I think you are.

Not that Mr. Trump is exactly blameless in the matter. When it comes to argumentation, he is no Socrates. During the campaign, for example, he appeared to allege that a judge in a California lawsuit in which he was engaged who was of Mexican descent could not conduct the case fairly because he was of Mexican descent”and Mr. Trump had said highly publicized things displeasing to most Mexicans.

Oddly enough for a man who had made opposition to political correctness one of his hobbyhorses, his argument, if it can be called such, or at least his imputation whether he knew it to be so or not, was that political correctness is right in its fundamental assumption, namely that we think with our adrenals, our gonads, our skin, in fact with anything other than our brains. And this means that Mr. Trump was, in epistemology at least, a follower of Marx; for Marx said that being (that is to say, our personal material interests) determines our consciousness, and not our consciousness our being.

Needless to say, it is easier to apply this doctrine to others than to oneself.

I read the transcripts of Mr. Trump’s replies to questions about his remarks about the judge in California, and suffice it to say that logical argument did not play a very large role in them. Indeed, for a person who had at least a minimal attachment to argumentative procedure and scruple, his words had something approaching a nightmare quality: There was insult, bluster, irrelevance, and unsupported assertion in them, but nothing that could remotely be construed as evidence. To read Mr. Trump’s replies was like having your mind put through a food mixer.