The Diary of Ann Coulter 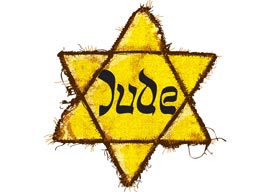 I’m not even sure what the “Jewish Question” is, but I’m almost certain that the answer is, “You’re an anti-Semite.”

At least that’s the stock retort lobbed like a Molotov cocktail at anyone who dares to articulate the undeniable mathematical fact that Jewish per-capita income is about twice America’s national average. It’s the term smeared like rat feces across the face of anyone who dispassionately points out that for a group comprising around 2% of the American population, Jews wield academic, cultural, and financial power way beyond their numbers.

If you merely point out the fact that this tiny minority kicks in about half of all financial contributions to the Democratic Party? Anti-Semite! If you state that the Republican Party seems beholden to Israel to an almost slavish degree? Bigoted conspiracy theorist! If you note that there are Holocaust museums all across America but nary a statue commemorating white indentured servitude, even though indentured servitude’s horrors persisted for nearly 200 years in America and the Holocaust didn’t even happen here? Jew-hater!

Pardon me for noticing that such rhetorical tactics are fallacious, dishonest, and infantile. Lazy, too. And yet so many people, fully aware of the hell that befalls anyone who asks certain forbidden questions, keep their mouths shut. And I doubt it’s out of politeness so much as it is out of fear.

“I’m not even sure what the ‘Jewish Question’ is, but I’m almost certain that the answer is, ‘You’re an anti-Semite.’”

We can all argue until the cows come home about why Jewish Americans are disproportionately successful. Some would point to above-average Jewish mean intelligence. Others would note that Jewish people tend to have a tight-knit group consciousness and practice tribal nepotism in a way that would be deemed “racist” if non-Jewish whites did it.

Still others would insist that it’s a combination of intelligence and group cohesiveness melded to an insistence that anyone who even notices Jewish success must be defamed beyond recovery. In modern America, you can’t even publicly notice Jewish success. You are forced, to borrow a very loaded term, to deny it. This suggests that for Jewish success to persist, some people feel that its very existence must be vigilantly denied.

What’s clear is that in modern America, citizens are forbidden from even suggesting that such a thing as “Jewish privilege” exists. You will be banished from polite society forever”which, paradoxically, is somehow supposed to prove that Jewish privilege doesn’t exist.

You’re not even permitted to proceed to the point where you try soberly ascertain why Jews are disproportionately successful. When non-Jewish whites are successful, it’s obviously because of racism and greed. But if you note that on average, Jews are far more successful than your average white goy, you’re a racist for even bringing it up. The Script dictates that all non-Jewish white success is the result of hatred and plunder, while Jewish success is a glimmering example of meritocracy in action.

Again: WHY? I guess that would be my Jewish Question. Why can’t certain undeniable facts”no matter how free they are of value judgments or even the hint of vituperation”be stated without the person stating them being slandered as a heretic?

Comedian Sam Kinison once had a line to the effect of, “I didn’t even want to fuck you in the ass until you told me I couldn’t!” In the same spirit, being sternly instructed that some questions are never to be asked immediately has me asking questions such as, “Why not?”

The stock answer in this case: “Duh! Because of the Holocaust!”

OK, but communists killed at least 100 million, yet I don’t see anyone facing witch trials these days for suggesting that the wealthy hold too much power. To the contrary, they receive standing ovations in front of 20,000 people”but I don’t think that would be the case if they dared delving into exactly what quotient of the grossly caricatured “1%” just so happens to be Jewish. If any would-be modern American politician tried to openly explore that issue, he’d have only a dozen supporters showing up at his speech and a thousand uninvited masked “anti-fascists” primed to kick in all their skulls.

Blonde-and-bony political comedienne Ann Coulter stepped on the Third Rail last week when she issued the following exasperated tweets during the GOP debate:

Cruz, Huckabee Rubio all mentioned ISRAEL in their response to: “What will AMERICA look like after you are president.”
11:05 PM – 16 Sep 2015