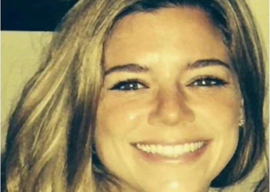 “Down with reason—up with feeling!” This sentimental motto might be the ruling principle of our failed democratic experiment. Where there is great wealth, there is usually decadence and foolishness, and since the Second World War, America has known historically unprecedented wealth. Our excess of comfort and ease has culminated in a blind sentimentalism, now a threat to the nation’s survival. Of course, in harder times—more natural and less artificial times—the constant subordination of reason to feeling, which now happens even in regard to the most fundamental issues, is simply not possible: Perceptions and judgments are grounded in the basic struggles of animal life.

Events in recent years have shown that our tremendous material well-being has come at a terrible cost. For example, the tragic fate of Kate Steinle. She was just 32 when she was shot down by a bullet that ricocheted off the ground on July 1, 2015, at Pier 14 in San Francisco. The trigger was pulled by Jose Ines Garcia Zarate, a Mexican illegal immigrant and drug dealer who had already been deported five times. His defense claimed that he had found the gun—which had been stolen days earlier from the car of a U.S. Bureau of Land Management ranger—and that it accidentally went off in his hand. Prosecutors argued that he brought the gun to Pier 14 in order to play a “secret version of Russian roulette.” Garcia Zarate, in any event, was found not guilty of murder, manslaughter, and assault with a firearm. Convicted only of being a felon in possession of a firearm, he faces sixteen months to three years in jail. Will he be deported? Nobody knows, yet. If he is, will he return to wreak more havoc? Given his history, probably.

Indeed, having completed a federal sentence in March 2015 for his sixth felonious reentry into the U.S., Garcia Zarate had been sent to the San Francisco County Jail to serve time for a marijuana charge from which he had fled two decades earlier. Immigration and Customs Enforcement (ICE) requested that when Ross Mirkarimi, the San Francisco sheriff, released Garcia Zarate after his sentence, Mirkarimi would inform ICE so that federal agents could retrieve him for his sixth deportation. But the sheriff ignored both the marijuana charge and the ICE detainer request because, per the city’s recalcitrant “sanctuary” policy, police do not notify ICE of a criminal illegal alien’s release date or detain him for ICE to pick up. And so, only four months after Mirkarimi let Garcia Zarate go, the derelict fatally shot the young beauty Kate Steinle, her father watching her die in his arms. “Help me, Dad,” were her last words.

“Charity is a virtue, but like feeling in general, it is dangerous if thoughtless.”

According to public defender Francisco Ugarte, who runs the immigration unit at the San Francisco Public Defender’s Office, “Nothing about Mr. Garcia Zarate’s ethnicity, nothing about his immigration status, nothing about the fact that he is born in Mexico had any relevance as to what happened on July 1, 2015.” Now, these words are just what we should expect from Ugarte; as he says in his profile at the Central American Resource Center (CARECEN), “he advises criminal defenders how to avoid adverse immigration consequences for non-citizens during the plea bargain process.” The italics, which are mine, highlight the deliberately evasive language. Translated into plain and direct English, the sentence means: “I help illegal aliens—including criminals—to evade justice and deportation for their crimes.” Ugarte is an egregious liar. Anyone can see that the case is essentially about immigration policy, because Steinle would still be alive if San Francisco—the mecca of sentimentalism and identity politics—were not in flagrant defiance of federal immigration law.

“From day one,” said Ugarte, “this case was used as a means to foment hate, to foment division, and to foment a program of mass deportation. It was used to catapult a presidency along that philosophy of hate of others. I believe today is a day of vindication for the rest of immigrants.” Ugarte is referring to President Trump’s rightful outrage with the death of Kate Steinle, whom he naturally has seen as evidence of the need for a wall at our southern border. A sentimentalist who is devoted to his tribe, the Hispanic Ugarte seems to care nothing for law and order. To his blinkered way of thinking, it is racist, divisive, and so on for a nation to enforce its borders. America is to be as “inclusive” as a rainbow-colored bathhouse in the sinful city by the bay.

Garcia Zarate was represented by fellow Hispanic Matt Gonzalez, a capable lawyer with strong ties to San Francisco’s leftist politics. “San Francisco juries are different than other juries,” says defense attorney Michael Cardoza. “Matt knows San Francisco juries.” In other words, he knows how to appeal to gushy sentimentalists. After all, he appears to be one himself. A presence in the city’s cultural scene, he has published a book of poetry, runs an art gallery, and was almost elected mayor as a Green Party candidate in 2003.

Californians may expect more tragedies like that suffered by Kate Steinle, because this October Governor Brown signed SB 54, the California Values Act, making California a sanctuary state. The message to the Mexican vandals to our south is: “Just make your way to Hotel California. We’ve gone mad, and we want you here, even if you would kill us.”

In his first inaugural address in March 1861, President Lincoln declared, “In view of the Constitution and the laws, the Union is unbroken; and to the extent of my ability I shall take care, as the Constitution itself expressly enjoins upon me, that the laws of the Union be faithfully executed in all the States….” President Trump was elected to restore law and order. Therefore he must not only withhold all federal funds from sanctuary cities and California, but, like Lincoln in response to the seceding Southern states, he must employ force, which, when it comes to their self-interest, is all most people respect anyway. President Trump must send in the military to occupy these “sanctuaries.” The military, working in conjunction with ICE, should physically remove all illegal aliens from United States soil. No exceptions. We should not reward illegal entry with citizenship. Nor do you deserve citizenship because you were born here as a result of your parents having entered the country illegally. If a woman breaks into my home and gives birth to a child, that child, although innocent in the sense of not having chosen to break in, does not deserve to remain in my home simply because he finds himself there. So, the child must suffer because of the illegal-immigrant parent’s wrongdoing? Yes. So it is in life. Nor is it the duty of the state to “correct” such a wrong.

All organizations such as the Central American Resource Center—which operates in open defiance of federal law—should be shut down immediately. They do not have United States interests at heart. As we read on the CARECEN San Francisco website,

CARECEN SF’s founders were active in the resistance movement that arose in El Salvador in the 1970s to ﬁght against the grave political and economic injustices that characterized the country.

They were ultimately forced to ﬂee El Salvador during the civil war and established CARECEN in San Francisco in 1986 to address the needs of Salvadorans and other Central Americans who ﬂed the region amid civil war, political repression, and counter-insurgencies of the 1980s.

This world is a big place, never lacking in needful beings. Shall the United States take in all the wretched of the earth? Charity is a virtue, but like feeling in general, it is dangerous if thoughtless. It is noble and worthy to help people who are suffering amid “civil war, political repression, and counter-insurgencies,” but immigration must be done legally, just as there is a limit to our charity, for this country is not some utopia funded by innumerable billionaires who never run out of money.