The Fear of Being Called Phobic 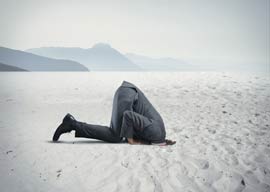 A friend of mine recently told me of his pal’s ethical struggles during a visit to the formerly English nation of England. Names have been changed to protect the phobic:

My friends Kevin and Sally went to London last year for the first time to check out one of the major cultural centers of the world, check out concerts, etc. Kevin came back from that last trip seriously concerned about how pervasive Islam is becoming there. Not only were there many new Muslim immigrants, but they did not seem to be assimilating. Quite the contrary, in fact. He related a story about a group of Muslims”likely new arrivals”chanting “Islam for UK” on a double-decker bus and a little English boy picking up the chant. He was taken aback by this display and related to me his opinion that within the next generation England could begin enforcing Sharia law.

He leaves for another vacation to England in a few days but told me that it will be his last time visiting.

Kevin also told me in person a few times about his concern of being thought of as a bigot or xenophobe. I think it scares him.

How does one have a legitimate, thoughtful discussion on the real dangers of religious extremism, whatever their stripe, without being charged with bigotry?…How does one avoid charges of “Islamophobia” yet address the very real anti-pluralism of radical Islam?

It’s clear what’s going on here: Kevin is afraid of being called xenophobic and Islamophobic. By his own admission he doesn’t fear Muslims; he fears being accused of fearing them. And this is perhaps the most pervasive and justified fear these days”the fear of being called bad names that can destroy your social and professional life. We occupy a world where sticks and stones may break your bones, but names will get you fired. It’s a fear so thick, you even hesitate to whisper in closed quarters that you”re afraid.

“We occupy a world where sticks and stones may break your bones, but names will get you fired.”

The fear of being called phobic is a real and understandable fear, but one that hardly ever gets mentioned. Instead, our ears are battered with storybook fables of fears that don’t actually exist. The world is depicted as a hall of mirrors jam-packed with psychotic clowns, a place where normal people everywhere are constantly developing newer and more irrational bigotries as if increasingly bigger and uglier hate-tumors were endlessly ravaging their souls. Leftists can’t seem to concede how totalitarian they’ve become with the thought-policing. And nearly everyone who disagrees with latter-day ultra-pushy leftism has trouble admitting they’ve been frightened into silence”or at least anonymity”because it bears the faint stench of cowardice. The fear of being called phobic accomplishes what it was designed to do, which is to keep people in line.

With all the dishonest linguistic constructions shat out by modern leftism, its tendency to tack on “-phobic” to any dissenting viewpoint is perhaps the most mendacious and slimy of ‘em all. If you make one minor unintentional slip-up from delicately tiptoeing across the verbal tightrope they’ve strung for you, you will be accused of being saddled with all manner of irrational fears: xenophobia, Islamophobia, homophobia, gynophobia, and transphobia, to name but a few of the ever-expanding array of irrational fears that are said to afflict anyone who doesn’t gargle and swallow the Official Narrative as if it were a hot beaker teeming with immigrant jizz.

Disliking something is not the same as fearing it. If you don”t like the taste of chili, it doesn”t mean that you”re chiliphobic.

And who gets to decide which fears are genuine and which are baseless? Is it wrong to be germaphobic if the germs are going to kill you?

If, say, you fear the legitimately terrifying disease Ebola, they’ll reprimand you and tell you Ebola isn’t what frightens you”it’s Islam that you fear, you Islamophobic scaredy-cat. These walking turds are arrogant enough to correct you about what you fear.

The genius of the “-phobia” smear is that it’s an accusation that can neither be proved nor disproved. These are scare words that cannot be quantified in any way, which is what makes them so slippery. To rub one of their favorite terms in their noses, we’re dealing with pure “social constructs” here.

If you earnestly attempt to explain that fear is not your primary motivation, you will be called a liar on top of everything else”so not only do you suffer from baseless fears, you are also “in denial.” You’re a phobia-denier. You’re lying about your own fears, the ones that your ideological superiors are wise enough to see no matter how desperately you struggle to cloak them.

The best thing to do”at least if you want a career and a social life”is to stick your head in a hole and shut the fuck up.