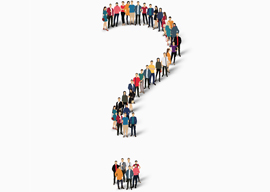 In the 2016 Wisconsin Republican primaries, businessman Paul Nehlen (pronounced “kneelin’”) challenged soulless autocrat Paul Ryan but managed to snag only 15.9% of the vote. This year he is challenging Ryan again, with one big difference—in the interim, he has pushed the Overton Window so far to the right, he might as well have taken a sledgehammer and smashed it to pieces.

On policy issues, Nehlen remains the same meat-and-potatoes MAGA type that he was in 2016—he’s against open borders, free trade, gun control, abortion, and amnesty. These are the positions that initially earned him the backing of Steve Bannon and a regular writing gig for Breitbart.

What has changed—and what has caused Bannon and Breitbart to aggressively disavow him and purge all his former articles from their site—is that he’s said it’s “awesome” to be white and that Jews hold a degree of influence over American policy and the media that extends far beyond their estimated 2% of the population.

To my knowledge, several Americans—perhaps most at this sad point—would passionately argue against Nehlen’s contention that it’s OK to be white, or at least they’d do so in public, because they are well aware of the consequences of doing otherwise. But despite all the wailing and shirt-rending outrage, I haven’t seen anyone even bother to refute the whole “Jew” thing.

“Asking a question is not an act of hatred. I’m flabbergasted that this even needs to be said.”

I’m asking for a friend—can anyone offer irrefutable statistical evidence that Jewish people do not account for more than 2% of media ownership and influence over American politics? It’s an honest and sincere question. I mean, I constantly hear this contention that Jewish people are disproportionately influential waved away as a “trope” and a “vicious myth,” but I’d really like to see the numbers. When people deflect from the matter at hand to call people nasty names and avoid the question, I’ve learned to suspect that they’ve already lost the argument.

The huge schism that seemingly occurred five minutes after Donald Trump’s election amid the amorphous and ultimately indefinable “Alt-Right” movement hinged on the “JQ”—the “Jewish Question.” Those who still refer to themselves as “Alt-Right” do not hesitate to ask the Jewish Question, while those who used to have no problem with the term “Alt-Right” but now call themselves “New Right” (and are smeared by stalwart Alt-Righters as the “Alt-Lite”) forbid the JQ from ever being asked.

Instead, this “New Right” is loudly pro-Israel, strains to distance itself from the Alt-Right (sometimes even more vociferously than it distances itself from leftists), and openly smears anyone who dares question the extent of Jewish influence in American and global politics and media as “Nazis.” Sometimes it seems as if the only difference between them and neocons is that they swear a lot.

But despite all their efforts and virtue-signaling, the Alt-Lite get called “Nazis” anyway. Constantly. Funny how that works.

It’s all ridiculous, hyperbolic, and counterfactual, of course. The JQ is even a question that Karl Marx addressed—he referred to Ferdinand LaSalle as a “Jewish nigger,” wrote that “The Jews of Poland are the smeariest of all races,” and said that the “worldly religion of the Jew” was “huckstering.”

To my knowledge, these statements are far harsher than anything Paul Nehlen has said about Jews, but for some reason Marx gets a pass and Nehlen doesn’t. Maybe it’s because Marx is the father of modern leftism. Maybe it’s the fact that Marx was Jewish. Maybe it’s a combination of both. I’d only be speculating. Unlike most modern writers, I don’t claim the ability to read minds.

I’m the type who feels that no questions should be forbidden, so according to the way the modern left frames the issue, that makes me a Nazi, no questions asked, no arguments allowed. I realized a long time ago—and especially since reading The Black Book of Communism—that since the 1930s, the fanatical left has smeared anyone who dares stray from their ideology one iota as “fascists” and “Nazis,” so it’s a meaningless smear. The Nazi Party was disbanded in 1945, so it’s technically impossible for anyone to be a Nazi these days, but why let facts get in the way? The left overused the term “racist” to the point where many people didn’t care being called one anymore, so I’ve noticed that over the past year, they’ve just flipped all the cards and called anyone who disagrees with them a “Nazi” who deserves to be punched or killed. Reason and linguistic accuracy never mattered to True Believers, anyway. What they really need to fear is overusing the word “Nazi” to the point where no one cares being called one, anyway, because at that point, what rhetorical weapons will the left have left?