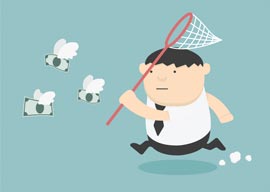 Midshipmen”that is, trainee officers”at the U.S. Naval Academy are being broken to the state ideology, Cultural Marxism. We listen in on a class discussion.

Spirited debate broke out after the sophomores watched a video that said the “three most destructive words” a boy hears when growing up are “be a man.”

Speaking personally, I”d say that the three most destructive words I heard when growing up were “In your dreams,” uttered by an attractive young female. I heard that a lot; but perhaps my upbringing was abnormal.

[A class member] pointed out: “When someone says, “Be a man,” the alternative to not being a man is kind of being a female, being a woman.” He said that implies women”including their own female classmates at the academy”are not as strong as men. “That’s a lot of the root causes of all these things,” he said. “That’s wrong.”

If you want to be an officer in the US Navy nowadays, you”d better pretend to believe that it’s wrong to think that women are not as strong as men.

“And then there is the possibility that Cultural Marxism will be laughed off the stage at last while patriarchal despotism is vanquished somehow. No, me neither, but one can live in hope.”

Since women in the generality are not as strong as men, the authorities at our service academies have to figure out some way to prevent reality from intruding on the CultMarx fantasy. My guess is they do this by scaling down the physically strenuous aspects of training. Thus the girlification of our civilization proceeds.

The New York City Police Department’s new “retraining” program has instructed cops to “take a deep breath” and close their eyes when interacting with people who are mad. The new-age lesson is part of a special, three-day “smart policing” training dreamed up by Mayor Bill de Blasio and Police Commissioner Bill Bratton. [Daily Caller, Feb. 24th]

Perhaps the NYPD should issue smelling salts to officers for these stressful situations, or strings of pearls for them to clutch.

We reactionaries have been complaining about girlification for decades. (Here was I doing so 14 years ago.) Where are we headed with this? What’s the future of sex roles? Here are some common opinions.

CultMarx Utopia.  There are no innate differences in personality, interests, or aptitude between men and women. The perceived differences are socially constructed. That is to say, there is some possible configuration of society in which they would disappear.

We just have to get to that configuration, and we shall! Resistance is futile!

Incredibly, this bizarre point of view is the reigning dogma of our society, to the degree that you can lose your job by openly contradicting it. It seems to me more improbable than the transmigration of souls; more improbable than hollow Earth theory; more improbable than leprechauns or centaurs; but it reigns supreme, and if you depend on a salary, you”d better pretend to believe it, like those midshipmen at Annapolis.

The fact that this doctrine is dominant among our ruling classes is, in my opinion, one of the strongest lines of evidence for the hypothesis that our culture has gone batshit crazy.

At the other end of the opinion spectrum you have:

The patriarchy strikes back.  Outside the zone of Western liberal democracy, the patriarchy still waxes strong. Islam illustrates this most plainly, but there are supplementary examples elsewhere. I count just two gals in Vladimir Putin’s 28-member cabinet; and check out the Chinese Politburo.

It may be that a society far enough gone in girlification can offer no resistance to enemies that have held on to the masculine principle. In evidence for this possibility I offer the PC-broken midshipmen of the U.S. Naval Academy.

In further evidence, here is Exhibit B: a video clip of British police fleeing before a Muslim mob. One hopes the bobbies took deep breaths and closed their eyes in the de Blasio-approved manner before taking to their heels, but the poor video quality makes it hard to tell.

That clip should be preserved in a time capsule so that archeologists of the future will understand the collapse of our civilisation.