The Irrational (Yet Perfectly Understandable) Nature of Blood Vengeance 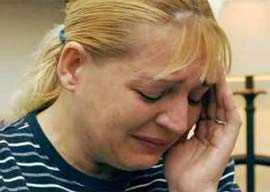 On a sunny September afternoon when I was eight, I was standing on the concrete steps outside our suburban Philly house when I heard my mother unleash a piercingly loud animal wail from inside. She”d received a phone call that my oldest brother, a deaf mute, had been stabbed to death while on vacation in Paris.

After some agonizing wrangling with French authorities over the price of embalming and shipping his body back to the States, they finally sent him to us in a wooden box. Though they issued certificates claiming they”d embalmed him, his corpse was stinking and decaying upon his arrival.

His killer was never found”I doubt they ever so much as tried to find him”and for all I know it could have been an Arab from the slums of northern Paris. Still, the French authorities treated his cadaver as if it was a turd. So despite the fact that I am partially of French ancestry, I harbor a lingering and lifelong hatred for the French”all of them. I wouldn”t blink if the entire nation were incinerated. Despite my French blood, my brother’s blood means more to me. He was closer to me than the entire French nation could ever be.

I realize that this hatred isn”t logical, yet it feels deeply and indelibly instinctual. I don”t think that any amount of calm and clinical reasoning, nor even dozens of psychiatric injections and hundreds of electroshock-therapy sessions, could ever chase it out of me.

And this, I fear, is the main problem when one discusses tribal instincts and logic. In many if not most cases, they seem incompatible. On one hand, the will to survive and protect one’s progeny makes perfect evolutionary sense; on the other, such instincts often blind people and prevent them from soberly weighing the facts in any given case.

Last Thursday morning in a small coastal Georgia town, a white woman was strolling her blue-eyed infant son when a pair of young black males”she said the younger one appeared to be only ten years old”confronted her at gunpoint and demanded her money. She says she told them she didn”t have any money, at which point the older male fired two bullets at her, one grazing her ear and the other hitting her leg. He allegedly then pushed her out of the way and fired a shot point-blank into the infant’s face, killing him.

On Friday, police in Brunswick, GA arrested 17-year-old De”Marquise “Money-ville” Elkins“who, judging from pictures, appears to be a “Blood” gang member”and an unnamed 14-year-old accomplice on suspicion of murder.

The dead baby’s mother, Sherry West, says she hates the accused killer and wants him to die.

As nature and genetics could have predicted, Elkins’s family members say he has a “good heart“ and couldn”t possibly have shot a baby in the head.

Once again, hot blood trumps cold facts. The “logic” behind blood vengeance is that of personal survival. But it sometimes makes people illogical when dealing with the facts.

A friend of mine once joked that there should be an iPhone app called “Imagine if the Races Were Reversed.” One is either blind or retarded to deny that if a pair of white youths had been accused of murdering a thirteen-month-old black baby, it”d be an international news story for months if not decades. There would be righteous marches, keening outrage, a pious comment from Barack Obama, and possibly even riots.