The JQ in the GOP 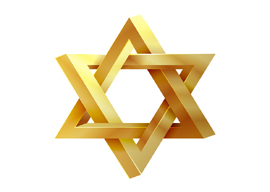 I don’t spend a lot of time thinking about Paul Nehlen. After all, why bother thinking about something that’s going to be gone in a matter of months? Nehlen, who’s challenging Paul Ryan in Wisconsin’s Aug. 8 primary, is not worth my time. To say that he will lose to Ryan is inaccurate, as the word “lose” implies that there will actually be a contest. By September, he’ll be a distant memory.

What is worth discussing, though, is the fact that, because of Nehlen, the “Jewish Question” (“JQ”) has become an issue in a GOP primary. Nehlen is obsessed with Jews. Everyone who criticizes him gets attacked for being a Jew or a lackey of Jews. Just a few days ago, Nehlen tweeted out an “enemies list” to prove that “the Jews” are out to get him (he included the email addresses and, in some cases, phone numbers of the people on the list). He’s also tweeted photos of Jews with the Star of David stamped above their foreheads.

Nehlen accuses his critics of refusing to debate him on the JQ. In a related story, just a few days ago Jordan Peterson was slammed as a “coward” by members of the alt-right for avoiding a question about the JQ while giving a talk in New York City.

Okay, so let’s talk about the JQ.

“Were I a white supremacist, the implications of JQ theory would make me feel ashamed of my race.”

We’ll start by defining our terms. When people on the far-right say “JQ,” they’re referring not just to an overarching conspiracy theory, but a worldview. The JQ is a way of interpreting events in an easy and comprehensive way: The Jews are behind everything! The JQ helps the simple and the frightened see order in the universe. To that extent, it’s no different from organized religion. Any reasonable human can find fault with the actions of various Jews or groups of Jews. Can Jews be clannish? Indeed. Does the Israel lobby use ruthless tactics? You bet; that’s what lobbying groups do. Do Jews more often than not champion left-wing causes? Sadly, yes, and regular readers know that I explored that issue in more detail a few weeks ago. Are Jews dicks about the Holocaust? Do you really even have to ask me that question? But to a JQ believer, the above examples are tentacles working in tandem. In other words, Jews are not individuals who are capable of good (like curing diseases and such) and bad. Rather, world Jewry is a monolithic, malevolent force. Any good done by individual Jews is isolated, while the bad is in the service of a group agenda.

One pillar of the JQ is “disproportionate representation,” the claim that Jews are represented in fields like the news media, the entertainment industry, and finance in a way that is not proportionate to their numbers in society. One would think that alt-rightists would be pleased as punch to accept IQ as the reason for this state of affairs. According to those who rank human racial groups according to IQ, Ashkenazi Jews score the highest. Surely the success of Jews indicates not only a racial component to intelligence, but a correlation between IQ and success. But to those who live by the JQ, it’s an article of faith that all Jewish actions are calculated, malicious, and driven by an intent to dominate and subjugate. Asian overrepresentation in STEM? That’s due to high IQ. But Jewish overrepresentation in the media? That’s due to bad intentions!

And here’s where the far right transmogrifies into a bunch of whiny black SJWs, because this is nothing more than a blanched version of the black leftist claim that white success comes from a genetic imperative to dominate and exploit. White success, the social-justice “people of color” tell us, is due exclusively to white wickedness and nepotism, and a desire to profit off the backs of other races. But whereas the American black can at least say, “It takes a nation of millions to hold us back”—that is, blacks can tell themselves that they’re only held down because they’re outnumbered—white JQers in the U.S. are forced to say, “It takes a mere 2.2% of the population to hold us back.” And let’s face it…that’s just humiliating.

The logical conclusion of JQ theory is that whites are so weak that a tiny group of people, using nothing more than words and money, can subjugate the entire race, stifle its ambitions, turn its women into whores, and use its men as soldiers to fight “proxy wars.” Sure, whites used to do that kind of thing to third worlders during that whole colonization craze, but they needed well-equipped armies. They needed muscle. And still there were heavy losses. Tens of thousands of whites perished in order to subdue a bunch of spear-chucking Zulus. But how many Jews died in order to “dominate” U.S. whites? Indians only became Britain’s global cannon fodder because they’d been physically occupied by an army. But according to JQers, whites fight “proxy wars” for Jews due to an abnormally high susceptibility to propaganda.

The JQ “infantilizes” whites by casting them as gullible children who can be made to act against their interests by a simple magazine article when other people would require a bayonet at their backs. Were I a white supremacist, the implications of JQ theory would make me feel ashamed of my race.

On the other hand, the JQ does allow whites to indulge in the fantasy of “white brotherhood,” by blaming Jews for all instances in which whites have slaughtered other whites. “If not for the Jews and their chicanery, we’d never have had these ‘brother wars.’” But what is that if not white nationalists once again aping black SJWs? What is that if not a refusal to face the reality of “white-on-white violence,” just as so many blacks refuse to face the reality of their own intraracial murders?

To be sure, there’s a certain logic behind the actions of a guy like Paul Nehlen. If someone genuinely believes that the Jews are the force behind all that is bad in the world, there will of course be a strong imperative to sound the alarm. It’s what I call Michael Breen syndrome. Breen is the guy who slugged John Glenn during a TV interview in 1989. His reason? A self-styled psychic, Breen’s spirit voices had told him that the West Coast was about to be leveled by a devastating earthquake. He reasoned that the only way he could save lives was to get on the news, and slugging a U.S. senator (and American hero) was his ticket to prime time (and indeed it was). The man truly believed his delusion, and, in that context, his actions made perfect sense. He got on all the major networks.