The Left Has Made Racism the Practical Choice 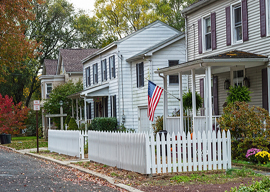 Leftists have a charming habit of embarking on crusades that end up accomplishing the exact opposite of what was supposedly intended. Anti-poverty programs that not only increase poverty, but institutionalize it. School desegregation programs that end up creating more segregation, as whites flee public schools in droves. Affirmative-action programs ostensibly enacted to make colleges and universities more “diverse,” yet which, in practice, result in Asians being denied entry.

I’m not going to spout the old cliché about good intentions paving the road to hell, because I don’t think the left actually has good intentions. When it comes to race, I think the left is motivated more by hate than by “good intentions.” Hatred of whites primarily, but also hatred of inconvenient minority groups that succeed without rigged test scores and points added for skin color. But intentions aside, I think today’s leftists should give themselves a big sarcastic pat on the back, because more and more, these cretins are making racism seem like a practical choice for even the most rational white folks.

Allow me to illustrate my point by discussing where I live.

I own a home in a fairly exclusive neighborhood on L.A.’s Westside. Each homeowner pays a steep yearly sum to the HOA, which goes toward the upkeep of our parks and the private security officers who patrol our streets (and only our streets) 24 hours a day. Lawns must be impeccably maintained, houses must be painted muted colors, and home businesses are not allowed. Run afoul of those rules, and you get fined.

Yes, the neighborhood is somewhat fascistic, and we wouldn’t have it any other way.

For twenty years, the house next door to mine was used by its owner as a rental unit (sadly, the renting of houses is still allowed here). Every two years or so, I’d have to deal with a new neighbor. Now, if any of my regular readers have ever come away from one of my columns thinking, “What a dick,” they’re correct. I am a dick, and never more so than when it comes to my peace and quiet, my “west and wewaxation.” I’ve called the aforementioned security patrol on my neighbors multiple times. We have a live-music ban in the neighborhood. Play live music, you get a visit from the patrol. We have a curfew for loud parties. If the party’s still going after midnight, you get a visit from the patrol.

“Why would you want to live next door to someone who essentially has immunity from the rules?”

As a child I rooted for Dean Wormer in Animal House and Judge Smailes in Caddyshack. Take your loud, boorish shenanigans out of my university, out of my country club, and out of my neighborhood. I’m sure I’ve come across like a martinet to some of the renters who’ve lived next door to me over the years, but from my perspective, I’m only enforcing the rules everyone agreed to abide by when they moved here. My home equity is what will eventually pay for my liver transplant, and damned if I’m ever going to allow the property values of the neighborhood to decline.

Here’s the thing: Every neighbor with whom I’ve clashed has been either a white gentile or a Jew. So, while some of the disputes may have been heated, not one of them ever resulted in charges of “racism.” I can call out my neighbors for breaking the CC&Rs, and they can call me out for being a jerk, and nobody runs to the L.A. Times bitching about bias or hate crimes.

But these days, thanks to the lynch-mob-obsessed lefties in the news media and on social media, anytime white people (yes, including Jews) try to enforce neighborhood rules that a black person is (or may be) violating, the white complainants are paraded around as national pariahs—ridiculed in the press, prevented from earning a living, robbed of privacy, and targeted with death threats. Quite literally, the left has seen to it that any cell-phone video of a neighborhood dispute with a black person will go viral, as long as the “aggressor” is white.

Which leads to an uncomfortable question: Why would any white person want a black neighbor? Why would you want to live next door to someone who essentially has immunity from the rules? Why would you want a neighbor who cannot be criticized or asked to abide by the codes of conduct everyone’s supposed to follow?

When a family of white surfers rented my neighboring house in the late ’90s, every time they took their guitars in the backyard and started blasting Dick Dale, I’d call security. This was nothing more than a cranky Jew with insomnia vs. aging beach bums who hate silence. But what if I lived next door to a black family? What if they started blasting rap “music” at 2 a.m.? If I were to complain, within 24 hours I’d be on the HuffPost home page, and CNN’s Don Lemon would be camped out on my lawn with a live feed of my front door.

Last month, when a retired white couple in Ohio called the cops after a neighborhood black kid started doing unwanted yard work on their property, they were publicly excoriated as racist villains. Two weeks later, that same boy (and some friends) began repeatedly slamming into the couple’s fence while “Slip ’N Sliding” on a neighbor’s lawn. When the couple called the police again, The Root declared that the whites “need their asses whupped.”

I’ve been chasing pudgy Jewish children off my front lawn for years. Why would I want neighbors whose kids can stomp on my property with impunity, knowing that if I complain, I’ll be targeted with violent threats?

Beyond that, one of the things we appreciate in my neighborhood is that the security patrol actively snoops. The officers do nothing all day and night but drive around searching for anything amiss. Strangers wandering the streets, backyard gates left open, etc. In a neighborhood in which the only crimes are robberies committed by people from other communities who drive through looking for stuff to steal, we’re happy that the security patrol is proactive. And if, perchance, weird uncle Shlomo visiting from Teaneck is asked by security to provide his destination address as he walks to Shabbat dinner at his niece Tzeitel’s house, we don’t take it personally. The occasional instance of show us your papers! is worth the decrease in robberies and the total absence of rapes and murders.

How long do you think this beloved norm would continue should a few black families move in? The first instance of a black resident being asked by the security patrol for proof they live here would result in protests, marches, media coverage, denunciations from our (100% Democrat) local elected officials, and probably a lawsuit from Sacramento that would result in a consent decree that would cripple the patrol’s ability to actually patrol. Hell, the patrol would probably be dissolved, all because D’Jaunté got followed by the same security vehicles that routinely shadow me as I drunk-walk home from a bar.