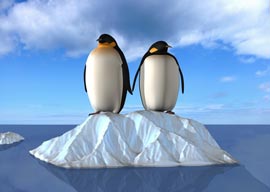 “Moving the goalposts” is a logical fallacy favored by those on the left who are constantly hectoring the rest of us about how we”re not making sufficient progress toward a particular “social justice,” “economic justice,” or environmental goal. Since the left must be in a perpetual state of outrage, and since the need for new legislation and taxation must continue indefinitely, the left cannot allow its goals to be met. It’s a football game in which one side aims not to win, but to prolong the clock forever.

I first encountered leftists using the goalpost shift technique while attending a majority-black public high school in L.A. in the early “80s. “They might let us have Eddie Murphy or Michael Jackson,” some of my angrier black friends would lament regarding how much territory “the man” was willing to cede, “but you”ll never see a black Miss America.” When Vanessa Williams was crowned Miss America in “83, the perpetually outraged moved the goalposts. “Well, okay, but she’s light-skinned. You”ll never see a dark beauty as Miss America.”

And then it happened, two dark-skinned Miss Americas, two times in a row (“90 and “91). So of course that previously important goal was immediately superseded by a new one: “Miss America? That don”t mean nothing. Who cares? What you”ll never see is a black president!“

“In goalpost moving, the best way to seamlessly maintain a shifting endgame is to discourage those you are hectoring from asking for a clear, specific definition of the ultimate goal.”

I observed the same phenomenon in the late “90s when the L.A. Times, citing studies by the NAACP and the U.S. Civil Rights Commission, expressed outrage that blacks were “underrepresented” in prime time on the U.S. television networks: “Whites-only casting does not realistically reflect the nation’s audience, and it runs counter to the real demographics of this country” (“Vast Diversity Wasteland,” L.A. Times editorial, July 25, 1999).

Within a few years, pressure tactics by the NAACP “convinced” the networks to ramp up black casting. By 2002, The Times“ Greg Braxton had to concede that “African Americans are overrepresented relative to their percentage of the U.S. population but “ghettoized” in situation comedies” (“Black Roles Are Mixed Bag,” June 05, 2002). The objective of not just proportional representation but overrepresentation was met, yet it was not greeted with cheers, but rather an arbitrary addendum, a new objective: “We didn”t want overrepresentation in comedies. We want it in dramas.”

In goalpost moving, the best way to seamlessly maintain a shifting endgame is to discourage those you are hectoring from asking for a clear, specific definition of the ultimate goal. People are manipulated because they don”t ask questions. They don”t demand, “spell out your endgame before we start playing.”

There’s no better way for me to illustrate this point than with a very simple, very basic magic trick. The trick involves no sleight-of-hand. If you learn the patter, you can”t lose. The crux of the trick is that no matter what your “mark” does, you keep moving the goalpost until you win. I could illustrate this trick with step-by-step instructions or a diagram, but I”d much rather illustrate it using Playboy Playmate of the Year Kennedy Summers as my mark. Do you really have to ask why?

As the trick demonstrates, asking questions and demanding specific, defined boundaries regarding the goal are the best ways to keep the goalposts stationary. Let’s apply this principle to the left’s “Global Warming” obsession. No group has moved goalposts with more shameless frequency than Global Warming true believers. Every doomsday prediction has been postponed when Armageddon didn”t arrive at the appointed time. “If we don”t pass so-and-so law or enact so-and-so new tax by 1992, New York will be underwater and there”ll be no more ice at the poles. Did I say “92? I meant “98. Did I say “98? I meant 2002. No, 2006. Actually, it’s 2010. I meant to say 2015. Seriously this time, it’s 2020.” And on and on.

What most people have yet to realize is that there’s been a greater goalpost shift than just the postponed doomsdays. The debate is no longer about when warming will kill the last polar bear, but when the seventeen-year “pause” (or “hiatus”) in warming will end. See, everyone agrees that warming has “plateaued,” but the ideologues swear that it’s going to start up again any time now. The game of predicting Judgment Day has given way to a new game: predicting the end of the “pause.”