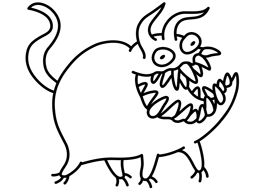 Dr. Frankenstein had nothing on leftists. Frankenstein’s monster merely terrorized the countryside. The monsters birthed by the left tend to terrorize countries, cultures, and occasionally even the entire world. And like Dr. Frankenstein’s hulking brute, the left’s monstrosities eventually turn on their creators. Take communism, for example. The only thing communists love more than killing innocent people is purging those within their own ranks. One of the left’s most recent hellspawns, the Muslim “refugee” tidal wave, is wreaking havoc throughout Europe, menacing women, gays, and Jews”three of the left’s most sacred “victim groups.” That horror show is going to get a lot worse before it gets any better (if it gets any better). And the malformed beast known as Black Lives Matter has done little except encourage cops to stop policing black neighborhoods, leaving residents at the mercy of the “black-on-black crime” that MSNBC swears doesn”t exist.

Last week, the world witnessed the birth of a new left-wing miscreation: a misshapen, freakish nightmare known as “transracial.” Now, we all remember Rachel Dolezal. She had her fifteen minutes of spray-tanned fame in 2015 when she was exposed as a paranoid lunatic hate-crime-hoaxin” white woman who had reinvented herself as a paranoid lunatic hate-crime-hoaxin” black woman in order to run the Spokane NAACP. Dolezal was a flash-in-the-pan media circus clown. There was never supposed to be a second act to that freak show. Like Thich Quang Duc (and his distant cousin Daffy), she had a great act, but she could do it only once.

Or so I thought.

Dolezal announced last year that she’s writing a book about her life. Well, what else is new? When someone becomes a fifteen-minute freak-of-the-week, the expected response is to lie low for a year or so and come back with a book. It’s such a tired, clichÃ©d path, it’s damn hard to have any respect for the lowlifes who take it (*cough*). Yet still, as inevitable a course of action as it is, I also expected the mainstream media to ignore or ridicule her “comeback.” I mean, she’s…you know…white. We all know that a black person can claim to be zombie alien Jesus and the press will say, “Of course you are!” But surely the media’s fawning, condescending attitude toward people of color doesn”t also apply to people who color.

The leftist press hasn”t sunk that low, has it? To the point that even fake black people can”t be called out for spouting bullshit?

“Transracialism is another step forward in the great battle against normalcy and common sense; the left has to back it.”

Based on the respectful and even sympathetic treatment book-tourin” Dolezal has received from some of the biggest and most respected press organs in America, “transracial” is now a thing, officially. The AP’s ridiculously uncritical profile of Dolezal presented nothing to counter her assertion that race isn”t biological but rather a “social construct.” The New York Times was pounded by black activists for promoting a video chat with Dolezal in which she attempted to “raise awareness” on behalf of the “transracial.” Tacitly approving Dolezal’s “race isn”t biological” argument, the Times promoted her as someone who merely “embraced a racial identity she was not born or raised in.” It seems that race, like gender, is merely something you”re “assigned” at birth; some of us are “cisracial,” while others are transracial.

It can be said that the left has been paving the way for this moment for years. In its never-ending fight against “racism” (white racism only; all other races, hate away!), the mainstream media has aggressively pursued the fiction that (as Dolezal said) race is nothing more than a social construct. As explained by biological anthropologist Alan Goodman in the PBS “documentary” Race: The Power of an Illusion:

Believe in race as biology? You”re a flat-earther, just as those who believe in sex and gender as having biological underpinnings are “transphobic.” According to “historian of science” Evelynn Hammonds (also from that PBS junkfest), only the concept of race as a social construct can save the world from white supremacy:

Race is a human invention. We created it, we have used it in ways that have been in many, many respects quite negative and quite harmful. And we can think ourselves out of it. We made it, we can unmake it.

From Psychology Today: Biological race is a “myth” that creates anti-minority racism that, in turn, harms the biology of nonwhites (uh…what?). “Race, while not a biological unit, can have important biological implications because of the effects of racism.” Where’s Lysenko when you need him? Scientific American: “Today, the mainstream belief among scientists is that race is a social construct without biological meaning” (a belief that is only “mainstream” if you ignore the views of a multitude of dissenters).

Rachel Dolezal didn”t happen in a vacuum. And now that she exists, now that there’s a living example of “mainstream” science’s social engineering mumbo-jumbo, the media is parading her around like the Cardiff Giant.

Okay, a few immediate questions come to mind. Real black folks hate the idea of transracialism. It’s pretty much everything they despise rolled into one. They get so worked up about whites dressing up in “blackface” that even the suggestion that people should be free to choose a potentially “insensitive” Halloween costume can get a whitey fired. They bitch and moan endlessly about honkies co-opting their culture. Well, now we”re co-opting their very skin…the ultimate blackface. Transracialism is the popular movie Get Out brought to life. Why would mainstream journalists, always so concerned about not offending the black people who never read their shitty papers anyway, tacitly endorse a concept certain to make angry blacks start polishing up their riotin” stones?

You might as well ask why influential Jewish leftists are so dead set on flooding the West with Jew-hating Muslims. If that seems contradictory or even suicidal, you just don”t know the leftist mind-set. To the left, it’s always about upending the norm, subverting the “oppressive” dominant culture, destroying tradition, messing with time-honored concepts and definitions, and smashing stability. This is progress to progressives. Christian Europe and its indigenous people, cultures, and traditions must go, and what better Old Testament-style vessel of mass destruction than a flood (of Muslims)? Will this lead to Jewish loss of life? Of course, but the key to the left’s impressive historical death toll is its callousness toward the murder of friendly populations. “Sacrifices have to be made.”