The Myth of Prejudice 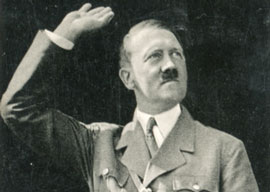 I don”t believe in racism, sexism, or homophobia. There, I said it. While all three are prevalent all over the world, I don”t think they exist here in the West. Of course, there is a kid in a schoolyard right now saying “Nigger,” but there are so many black kids saying the same sort of thing about white people, it cancels itself out. There are some nutbars out there who don”t like people just because they”re black, but there are so many others who lavish preferential treatment on blacks, the sum of the game is zero racism.

Some of my best friends are black and many of them turn purple with rage when I suggest this possibility. The most common response is that I may not even ponder such things because I”m white. One woman told me about the hell she goes through as a person of color because store employees follow her around like she’s a shoplifter. She is the only individual in her family who has an education. Her sister is in jail and both her brothers are dead from gang-related murders. The shopkeepers who are suspicious of her are only off by one sibling. That’s not prejudice. That’s postjudice. What’s more important than leering stares is that she had the same opportunities as everyone else. Because she tried hard in school and refused to waste time partying, she became a successful and happy Woman of Color.

My dad grew up in the slums of Glasgow. He worked hard so he got scholarships to private school. Back then, being a student was worse than being a fag. Wearing a private school blazer was like wearing a Klansman’s uniform in Harlem, and you had to literally fight your way to school every day. He did. And now he’s rich. The idea that a corporation is going to ignore a great resume because the name at the top sounds black is preposterous. I”ve been hiring people for 15 years and qualified applicants are hard to come by.

Sure, we say bad things about a race sometimes when we”re drinking a beer in a bar. Nobody says it more than nonwhites. Hearing an old black guy talk about Jews would make Hitler blush. If an old Korean found out that his daughter was dating a black man, he”d spontaneously combust. If you killed every racist in the country right now, America would be all white again. And you”d be wrong to kill all those minorities. They don”t really mean it. People are too selfish to genuinely be racist. If a guy meets someone who loves his favorite sports team and agrees with him politically and they share the same sense of humor, he’s not going to deny himself that company. Oh, we found out that somebody whispered something racist to his mistress. He said she can sleep with black guys but he doesn”t want it thrown in his face. Ooooh, what a “racist.”

I know a Paki in Queens who grew up broke with a single mom, but he did his homework and never missed class. This got him a scholarship to a community college and he graduated with honors for free. He described the whole experience as “easy” and added, “All you really have to do is show up.” I hired him and he worked for me for years until I couldn”t compete with all the job offers he was getting.

Sexism is similar. Do you honestly believe that there is a burgeoning workforce out there willing to accept 25% less than what you”re presently paying your male employees? We”ve already seen what happens when cheap labor presents itself. You hire the illegal alien. Women do not get paid less than men. In fact, when they are young and they don”t have kids, they get paid more than men. As far as them being seen as sexual objects, they are. Even a Martian could see that a naked woman far exceeds the beauty of a naked man. That’s why we”re here. Women are genetically weaker, more nurturing, and prettier than men. This makes them great mothers and wives. If one of them wants to buck her genes and become the president of Fidelity Personal, go bananas.