The Myth of White Terrorism 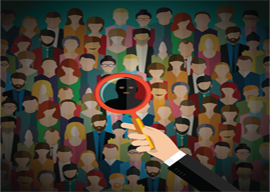 Islam isn”t just preying on the weak. They”re preying on the weak-minded. On Monday night, Salman Abedi murdered 29 young Britons and their parents with a nail bomb. As is always the case, the response has been flowers and apologies and calls to coexist. On Sky News I hate-watched some ponce tell an SAS soldier he “understands his rage” but we can”t punish Muslims because it will create a backlash. This is a country where they ignore child rapists and regularly imprison white men for offending Islam. These men are attacked once inside and one just died.

Another common refrain regarding Islamic terror is groups like the SPLC reminding us that “In America, the face of terrorism is white.” This was made perfectly clear in a viral video circulated by AJ+ that featured lots of American skinheads Sieg Heiling next to images of dead babies and quotes such as “White supremacists are more responsible for terror attacks than people acting in the name of Islam.” WHAT?!

“We”re reaching a level of disingenuous where you have trouble believing they believe their own rhetoric.”

The statistical gymnastics to get to these numbers are more than just mathematically negligent. They are traitorous. AJ+ is owned by Al Jazeera, which is owned by the House of Thani. They are the oldest oil family in Qatar and they use taqiya to spread half-assed propaganda across the world. What’s truly amazing about this bullshit is how eager the left is to eat it up. Simply sitting in an armchair for five minutes and remembering the news is all you need to do to realize the number of white-supremacist deaths isn”t even in the same universe as deaths from Islamic terrorism. The numbers I get are five vs. 3,099.

They like to start these studies on September 12th, 2001, but I ain”t buying it. I start the day before and that gives us 2,996 deaths. Then we had seventeen killed by the Beltway Sniper in 2002. Fort Hood left thirteen dead in 2009, and the Boston Marathon bombing four years later left six dead (with 280 brutal injuries, including the woman who lost her leg and just married the man who rescued her). In 2014, a jihadist beheaded his boss. Sixteen were killed in San Bernardino in 2015 and the Orlando nightclub shooting left fifty dead. That’s 3,099.

The white-supremacist deaths are around the “death from spider bites” level. There was Klansman Frazier Glenn Miller, who hated Jews so much he shot three men in an old-folks” home he assumed were Jewish. There’s also that guy who came to NYC to kill blacks and got one. Finally, we have the member of the “Alt-Reich“ (never heard of it) who stabbed a black student to death last week. That’s five.

How you make 3,100 look less than five takes some backbreaking mental acrobatics. Fort Hood and the Oklahoma beheading are considered “workplace violence.” They include “plots” and count virtually anything suspicious that either happens to a minority or is done by a right-winger. Any of those sovereign-state nuts who murder a cop is counted as white-supremacist terrorism, no matter what the race. If a white guy kills a pedophile priest for raping him, it’s neo-Nazi terrorism. They count that sad nut who flew his plane into an IRS building as domestic terrorism. A prank call to a synagogue is an act of domestic terrorism, and now a goofy 13-year-old is just as dangerous as Osama bin Laden. I”m not exaggerating. The above attacks are counted as “incidents,” so 9/11 only counts as one and the Alt-Reich kid counts as the same. We”re reaching a level of disingenuous where you have trouble believing they believe their own rhetoric.