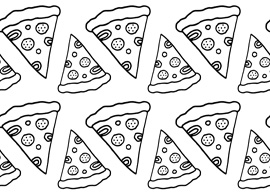 In the past few weeks, I”ve had a good dozen people ask me about “Pizzagate.” “So whaddya think, Dave? Is it a real scandal? Is there a “there” there?” My best answer is this: If you”re an American who is roughly my age or older, and if you remember the details of the McMartin child molestation trial farce, unless you”re an absolute moron, you cannot but be skeptical of tales of “satanic child molestation rings” operating in major cities in broad daylight. If you don”t recall the McMartin case, either due to youth or the aforementioned moronity, read up on it. There’s your Pizzagate, Sherlock.

To be clear, I”m far from the first to say that the McMartin case should serve as a cautionary tale regarding Pizzagate fanaticism, so there’s no need to explore that point in greater detail. What I have not seen brought up yet, however, is the fact that Pizzagate reveals the extent to which the “new media” (and for the sake of this piece, I”m including internet troll culture and the Reddit/4chan set in that category) has indeed taken the place of the “establishment” press. In olden days, it was up to The New York Times, ABC, NBC, and CBS to ruin the lives of Americans by whipping up witch hunts based on flimsy and salacious evidence. Not anymore.

The McMartin atrocity was driven as much by the media as by overzealous prosecutors. The late, most unlamented Wayne Satz, a reporter for KABC (the Los Angeles ABC affiliate), drove the story like a madman behind the wheel of a bulldozer, pushing all manner of journalistic detritus to the top of the broadcast night after night for weeks on end. Soon enough, other networks and newspapers, not wanting to miss out on the fun, joined in, and before you knew it, over a half-dozen innocent people were behind bars for leading a nonexistent child molestation ring (complete with supposed “underground tunnels”). With Pizzagate, we see that when it comes to whipping up hysteria and ruining lives, the new media has most definitely wrested the torch from the old.

“What the left has done to conservatives, especially in the internet age, is Pizzagate exactly.”

Pizzagate represents another, slightly less detectable shift, and frankly, I can”t say that this one displeases me. Indeed, I”ll make a confession: There’s a part of me”the dark, nasty part that I only allow out every now and then and only for the basest of reasons”that is taking a bit of delight in seeing the D.C. leftist elites at the center of this non-scandal having their lives turned upside down because a horde of trolls has decided to misrepresent a bunch of pictures, paintings, and flippant comments in order to spin them as proof of a “pedo” ring.

An odd thing about today’s leftists is that as rigid and prudish as they are regarding language and images that might come off as “racist” or “sexist,” the sexualization of children is something that is still seen as a positive, a hip, cool, edgy way to prove how progressive one is. Exposing children to dark and sexual content is the last remaining vestige of George Carlin’s influence on the left. The legacy of the man who pushed people to stop being afraid of “bad” words has been almost entirely purged from 21st-century leftism. These days, the left is uniquely defined by its fear of words and its belief that “racist” or “sexist” words can kill or rape in as physical a sense as a gun or a penis. But when it comes to children, this is where the left loves to trot out its Carlinism. From hipster god Louis C.K.’s career-making routines about his young daughters and their vaginas, to Lena Dunham boasting about fingering her little sister, to the continued glorification of the work of Robert Mapplethorpe, to the chorus of huzzahs that greet every story about a small child who “decides” (with a tiny push from mommy and daddy…or mommy and mommy…or daddy and daddy) to “come out” as a different gender, when it comes to kids, we see left/right revert to their more traditional, 20th-century roles”the leftists as the “say anything, do anything” free spirits, and the rightists as the “prudes.”

In the closing scenes of the 2005 movie The Aristocrats, a documentary about the comedy world’s dirtiest joke, two comics (including the genuinely funny Doug Stanhope, another hipster icon) recite the filth-laden joke to their infant children, holding them lovingly while riffing on anal rape and shit-eating. The West L.A. audience at the screening of the film I attended when it opened went absolutely nuts over that scene, cheering and applauding like we were at the Apollo. Moreover, several reviewers singled it out as the best scene in the movie. Personally, I love dirty jokes, and I have since I was a kid. The scene didn”t offend me, but the reaction did. I found it smug and hypocritical. I mean, I have no doubt that many of the people who clapped wildly at the concept of spewing sexually charged filthy language at babies are, at this very moment, incensed”incensed, I tell you”at the fact that a Trump Cabinet nominee once proclaimed that he likes “beautiful women eating burgers in bikinis.” They”re probably the ones moaning on social media, “How will I explain this to my child?”

The cloddish sleuths of Pizzagate have been egged on by the fact that many of the leftist elites who hover in or around Comet Ping Pong (the “epicenter” of the supposed conspiracy) enjoy showing off how “evolved” they are by being cheeky little monkeys when it comes to mixing sexual imagery and children. “Oh, look how very progressive we are. We run a pizza shop for kids, but we book sexually explicit music acts and post violent and lewd pics on our Instagram! Look at my art collection; the sexual images of children prove how fearless I am! A night of “spirit cooking” would frighten those superstitious evangelical throwbacks, but I get the joke, because I”m an impish little centaur who absolutely loves having fun with dark imagery in order to show off how non-demon-haunted my superior mind is.”

Make no mistake”these leftists, these targets of the Pizzagate gumshoes, are indeed misunderstood by their tormentors. Their “cheekiness” regarding kids, sex, Satanism, etc. is not proof of a “pedo ring”; it’s just leftists wallowing in the last remaining sty that has yet to be cleaned out by their own PC morality police. Invoking imagery of children, sex, and the “dark arts” is the only remaining bit of “edginess” they”re allowed, the only time they can playact at being Lenny Bruce. So yes, the “cheeky monkeys” of the left have been misread by a group of conspiracy-minded oafs who have queered the fun by spinning every Comet Ping Pong-related word and image into something diabolical…and I hate myself for saying this, but good. The left has been doing this to the right for years”taking every off-the-cuff comment, every word uttered in the heat of the moment, every successful or failed attempt at humor, on the part of conservatives, and spinning it to “prove” how secretly racist, sexist, and homophobic we are. What the left has done to conservatives, especially in the internet age, is Pizzagate exactly. Everything we do, everything we say, is interpreted in the worst possible way in order to paint us as vile creatures with malicious intent. With Pizzagate, some high-profile leftists are finally getting a taste of what that’s like.