The Power of HIV-Positive Thinking 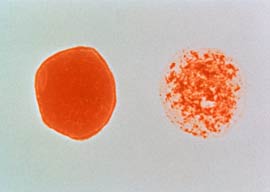 It is unclear whether Sheen transmitted the virus to any of his partners, but seventy-five or so of them have reportedly contacted lawyers seeking to sue Sheen for negligence.

But hypothetically at least, if he was aware of his infection and proceeded to have unprotected sex with someone who had no clue he was HIV-positive, any resultant transmission of the virus can hardly be seen as accidental. In such a scenario, Sheen would be aware there was a risk. So it could be argued that there was at least a smidge of malicious intent there, however passively it was expressed.

It all makes me nauseous, and this is one of the rare articles where I feel as if I’m typing with one hand and holding a puke bag with the other.

There are multiple documented cases of people purposely infecting others with HIV, which makes me puke just a little bit more into the bag.

“While most people try to avoid acquiring viruses online, these fellas make it their mission.”

But surely one of the sickest, saddest, and most revolting social phenomena of the past, I don’t know, ten thousand years is a small yet virulent sub-community of gay men who actively seek to become infected with HIV. While most people try to avoid acquiring viruses online, these fellas make it their mission.

They are known as “bugchasers.” The men who willingly infect them with HIV, usually straight up the cornhole without a condom and hopefully with a little bit of blood smeared into the spermy fecal mix, are known as “giftgivers.”

The bugchaser/giftgiver “community” is but a tiny subset of the larger “barebacking” scene of homo dudes who have unprotected sex without the explicit intent of getting infected or infecting someone else. Again, that’s a bit more passive than doing it on purpose, but if you wind up weighing ten pounds and shitting your diapers because you have AIDS, the difference is nearly meaningless.

Some bugchasers say they merely operate from a sort of suicidal impatience and simply want to “empower” themselves by taking their HIV infection into their own hands”to be precise, their own asses”because it’d be a relief to just go ahead and “get it over with” since they’re not going to stop having sex with bajillions of partners anyway. Some say they feel it’d be a relief to actually know you’re HIV-positive than having to, you know, worry about it.

Others eroticize the act of getting infected”or, as they call it, “charged” or “pozzed””framing it as the ultimate sexual taboo, and who wouldn’t be thrilled by that?

Finally, there are those who frame it as the gay version of reproducing. They refer to it as “breeding,” getting “knocked up,” or even being “impregnated.”

Back in a sec. Have to vomit again….

If you think I’m making this up, have yourself a gander at PozConvert.com, this academic paper on the phenomenon, or the Twitter account of Poz Man, who hasn’t tweeted since 2012, possibly because he finally dropped dead from AIDS.