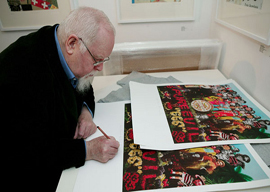 Plus, Phillip Seymour Hoffman and Amy Ryan in Jack Goes Boating, Jazz at Lincoln Center travels to Cuba, and Oktoberfest takes over Munich

Museum of Everything, Exhibition 3, London, October 13 – December 15
If you haven”t already heard of the Museum of Everything, you”ve been hiding under a rock. It’s time you crawl out from whence you came and gear up for London’s Freize Art Fair. The fair is only a few short weeks away, and the highlight will certainly be Exhibition #3 from last year’s hit—the Museum of Everything. Dedicated to outsider, or non-traditional art, the museum, in London’s Primrose Hill, is preparing for its third exhibition. This year’s show is curated by the museum’s director, James Brett, along with formidable collector and founding father of British pop art, Sir Peter Blake. From the 60s to the present, Blake’s love of self-taught art, and his collection of random relics have informed and inspired his own work. In Exhibition #3 he will share his discoveries for the first time, forming the largest art installation ever created by the legendary artist. The exhibition will also recreate Mr Potter’s Museum of Curiosities, one of the greatest marvels of Victorian England. An eccentric and self-taught artist himself, Potter created amazing woodland dioramas of cricket matches, classrooms, weddings and clubs, all populated by a cast of dogs, kittens, squirrels and birds. Entrance to the museum is free, though donations are welcome. You”ll get your money’s worth, the museum is more like a carnival. Get to London fast, go to the Museum of Everything! 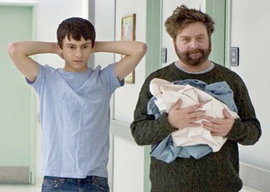 It’s Kind of a Funny Story
Don’t let the setting (psychiatric institution) and big-name stars (Zach Galifianakis) fool you: the latest movie from indie darlings Ryan Fleck and Anna Boden displays the same subtlety and humanist touches that gained them acclaim for their first two films. We would say it’s vintage Fleck and Boden, except that it’s practically vintage John Hughes, complete with a whimsical showstopping number evocative of the parade scene in Ferris Bueller’s Day Off. Craig (Keir Gilchrist) is a teenage overachiever who, feeling overwhelmed, checks himself into a mental hospital, where he meets an array of colorful but heartfelt characters, including a suicidal man in his 30s *Galifianakis) and a disaffected teenager (Emma Roberts). Fleck and Boden, working off a young-adult novel by Ned Vizzini, straddle the line between comedy and drama, and with the help of their terrific cast, manage to tell an entertaining story that acts as a window into modern adolescence. 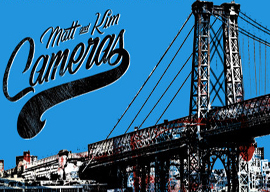 Matt & Kim’s latest album doesn’t officially drop until November 2, but if their first single, Cameras, is any indication, this follow-up to last year’s Grand

will find the Brooklyn party-starters a long way from their scrappy roots. Horns! Multiple synth lines! Syncopation! Animal Collective collaborator Ben Allen produces. Like what you hear? Matt & Kim are touring like fools, so get your tickets now. Fair warning: their music may be sweet and cuddly, but the giddy, hypercharged duo has one of the most ridiculously fun live shows on the planet. Somehow the crowd always whips up a frothing moshpit the instant the first song starts. 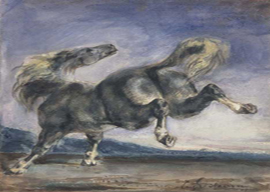 David to Cezanne: Master Drawings from the Prat Collection, Art Gallery of New South Wales, Sydney, September 22 – December 5
Oui, oui, it is considered to be one of the finest collections of its kind. The group of over 100 French drawings was put together by VÃ©ronique and Louis-Antoine Prat. The collection tracks art history from the 17th century to the late 19th century, and the exhibition focuses on works from the early 19th century to the dawn of modernism. Among the drawings included: David’s portrait of FranÃ§ois-EugÃ¨ne David and his wife Anne-ThÃ©rÃ¨se, 1825, the last he completed before dying, Delacroix’s Bucking Horse, 1826, once part of Degas” collection, Ingres, CÃ©zanne, Seurat, the list goes on… A 220-page catalogue supports the exhibition and includes an essay by Monsieur Prat, also a distinguished art historian. Now you folks down under don”t have to cross the globe to get a taste of la belle France. 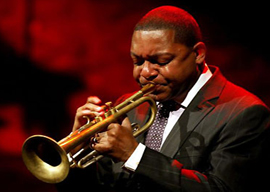 Jazz at Lincoln Center Orchestra in Cuba, Havana, October 5 – 9
Has a Cuban renaissance begun? News that the Jazz at Lincoln Center Orchestra, the big band led by Wynton Marsalis, would travel to Cuba for a series of concerts and workshops with Cuban musicians came on the heels of an announcement that the American Ballet Theater would send its company to Cuba in early November for the 22nd International Ballet Festival of Havana. The group’s visit is the acceptance of an invitation from the Cuban Institute of Music, one which is designed to explore the deep connections between American and Cuban musics. The residency is being funded by the Mellon, Ford and Rockefeller Foundations, among others. It is the band’s first trip to Cuba. Can’t swing a trip to Havana? No worries, Cuban pianist Chucho ValdÃ©s and his band have New York concerts scheduled at Jazz at Lincoln Center’s Allen Room on October 22 and 23. 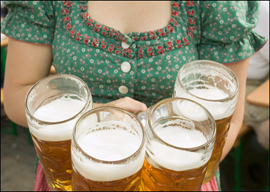 Oktoberfest, Munich, September 18 – October 3
Bavarian beer, pork sausages, oodles of Germans, what more could you ask for? Blonde women in dirndls. Lots of “em. Each year, some six million visitors head to what’s known by locals as “Wies’n”, after the meadow, Theresienwiese, where Oktoberfest is held. Wies”n is a fantastic celebration that still clings to tradition, and only allows beer from Munich’s six select breweries to be sold in the official Oktoberfest tents. The extra fine beer is produced according to German Purity Laws decreed in 1516, so drinkers can safely knock back as much additive free beer as they can drink. For newcomers, in addition to beer, there are as many as 14 different tents to choose from, so pick carefully. The HofbrÃ¤u tent tends to be the most raucous. Seekers of more refined Bavarian guzzling should check out the Augustiner, Ochsenbraterei (ox-roasting) or Fischer-Vroni tents. When you get sick of beer drinking under a tent, remember Oktoberfest is more than just a beer bonanza. Traditional German amusements like the flea circus and crossbow competitions are not to be missed. 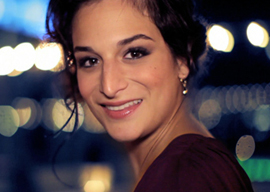 Marcel the Shell With Shoes On
Jenny Slate is not coming back to SNL next season, which is just unfortunate, but then again, what do you expect from a show that has sunk so low? She’s one of the few, young, smart, funny, female comedians out there. And now Slate has really cemented herself with her adorably hilarious viral video of Marcel the Shell. It’s hard not to find it amusing. Marcel is childlike and innocent. Marcel is a shell, with an eye and shoes on. He does weird things like wear a lentil as a hat and hang glide on a Dorito “for adventure”. The humor is simple yet imaginative. The whole concept is endearing, and thus hard not to like. Definitely an up and comer to watch. Don”t miss Marcel the Shell with Shoes On, or Jenny Slate. 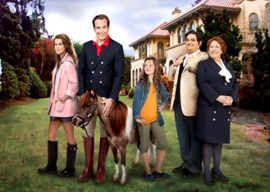 Running Wilde
Keri Russell and Will Arnett are back, on the small screen, together. In the hands of Arrested Development creator Mitch Hurwitz. How could that not make for classic television magic? Wilde, which premieres Tuesday, September 21, is weird for weird’s sake, and Will Arnett is pitch-perfect as the spoiled little rich guy trying to win over his childhood love, Emmy (Russell). Rounding out the cast: David Cross as Emmy’s “eco-terrorist” boyfriend and Stefania Owen as Emmy’s daughter, Puddle, through whose eyes the whole story is told. Some speculation is to be expected; the show has already gone through extensive creative modifications—and it hasn’t even aired yet. It’s more darkly comic than laugh-out-loud funny, and the premise—that Wilde win back Emmy and not much more—is somewhat weak. Still, with a creative like this one, we can’t help but hope it will hit big. Tune in and see for yourself. 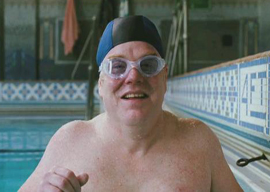 Jack Goes Boating
So many films got picked up at The Toronto Film festival last week that it’s hard to say which will actually be worth seeing. One thing we do know: what Phillip Seymour Hoffman does, Phillip Seymour Hoffman does very well. And he did double-duty for Jack Goes Boating—in addition to playing the lead role, he also directed the film, which follows slightly reclusive limousine driver who finds love on a blind date. Amy Ryan, The Office and Wire darling, portrays the comically shy telemarketer to Hoffman’s deadpan Jack. While their romance blossoms, the friends who introduced them, played by John Ortiz and Daphne Rubin-Vega, are drifting apart; the film climaxes with a disastrous dinner party. Jack Goes Boating, adapted from Bob Glaudini’s 2007 play, in which—surprise—Hoffman also starred on Broadway, first took off at Sundance. It opens nationwide on October 1.