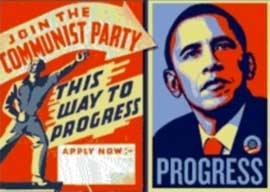 I’ve recently been made aware of a strange new tribe who refer to themselves collectively”they do everything collectively”as “progressives.” I think they used to call themselves “liberals” until it became clear that they don’t care much for liberty. Males and females in this tribe both tend to wear beards and gather in urban coastal areas, where they pay too much for apartments, water, coffee, and bean sprouts.

They speak a strange and exotic tongue unfamiliar to my ears. But they repeat certain terms so frequently, I feel as if I’ve begun to get a handle on what they’re driving at. To the best of my ability, I will try to decipher what these buzzwords mean.

ACTIVIST“A person who isn’t actively performing activities at an actual job.
ANTI-RACIST“A person who makes everything about race.
APOLOGIST“Explainer.
BLAMING THE VICTIM“Daring to suggest that conflicts between humans are often complicated and that it’s therefore childishly naÃ¯ve to believe that one person is always entirely guilty and the other is always entirely innocent.
BULLIES“People who must be bullied into silence.
CHOICE“The act of forcing people to pay for a woman’s one-night stands.
CORPORATIONS“Malevolent yet generally non-coercive superorganisms that must be combated with a malevolent and entirely coercive superorganism known as government.
CRITICAL THINKING“The act of swallowing the laughably implausible tenets of blank-slate equality without asking a single question.
CULTURAL IMPERIALISM“An antiquated system that must be destroyed in order to pave the way for the newer, more global form of cultural imperialism.
CULTURAL OTHER“White heterosexual Christian males.
DEBUNKED/DISCREDITED“A topic or idea that we don’t really want to address, because we haven’t actually debunked or discredited it.

“I think they used to call themselves ‘liberals’ until it became clear that they don’t care much for liberty.”

DISADVANTAGED“Dumb and unskilled.
DISENFRANCHISED“People who’ve received a free public education yet still can’t spell “disenfranchised.”
DIVERSITY“A magical incantation used to divert your attention from the fact that it is strikingly similar to the words “divide” and “division.”
DOG WHISTLE“A high-pitched screech from the enemy that only progressives are able to hear. Lately this term has been deemed offensive to canines and should therefore be replaced with “coded speech” wherever possible.
ELITES“Wealthy people on the political right. This term is never used to describe wealthy people on the left who control much of the media, government, and academia.
EMPOWERED“Loud and annoying.
EQUALITY“A concept that nearly everyone believes but no one has bothered to prove.
EVOLUTION“An indisputably true biological process that stopped occurring roughly 100,000 years ago when everyone became equal. Only Christians don’t believe it’s real, and only racists believe it didn’t stop 100,000 years ago.
EXTREMIST“Someone whose beliefs make us extremely uncomfortable.
FAIRNESS“A political strategy requiring that winners be treated unfairly.
FALSE EQUIVALENCY“A real equivalency that suggests our beliefs are false.
FASCIST“One who must not be tolerated under any circumstances and should instead be either lynched, sent to a gas chamber, or stomped under our boots.
FAUX NEWS“A biased news channel that presents an alternative to our preferred version of biased and false news.
FIGHTING THE POWER“Allowing oneself to be used as the unwitting tool of global power elites.
FORWARD“The direction one moves when headed toward a cliff.
FLYOVER STATES“Where the bad people live.
GLOBAL VILLAGE“A concentration camp from which there is no escape.
GLOBAL WARMING“A fashion trend that replaced the global-cooling fashion trend of the 1970s.
GOVERNMENT AID“Money the government takes from taxpayers and then partially redistributes to non-taxpayers after taking a cut for itself.
GRASS-ROOTS“Elite-orchestrated protests that occur in places where there is usually no grass and plenty of cement.
GREEN“NaÃ¯ve and inexperienced.
GUN NUT“Anyone who owns a gun yet doesn’t belong to the group that actually commits the majority of American gun violence.
HATRED“Anything that we hate.
HERSTORY“The part of history that is usually ignored because not much really happened.
HETERONORMATIVE“Sexually normal.
HIERARCHICAL“Anything that posits there is true diversity among human individuals and groups when it comes to skills and intelligence.