The Revolution Will Not Be Emphasized 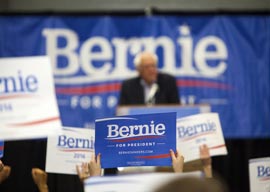 Leftists truly understand the power of labels. They know that labels, properly utilized, have the ability to stigmatize and marginalize. “Cisgender” is a perfect example. The left has persuaded millions of people to use a term that essentially means “I”m normal.” To understand how ridiculous that is, consider this: By most accounts, there are far more people in the world who have some form of dwarfism than there are people who self-identify as “trans.” Yet there is no special label for those of normal height. Imagine if “little people” demanded that everyone of normal height had to use a label to define themselves as “not a dwarf.” Such an idea would be ridiculed from the get-go, and justifiably so.

It’s to the left’s credit that a term that means “not trans” has entered the lexicon. Here we see the left’s mighty talent in all its glory.

Conservatives and libertarians are good at labels too, but usually in a self-immolating manner. Libertarians obsess over what to call themselves to a degree that’s not really sane. The joy they take in creating subgroups and sub-subgroups and sub-sub-subgroups borders on obsessive-compulsiveness. You can get 200 libertarians together and they”ll spend the entire day arguing over terminology: small-l libertarian, capital-L Libertarian, agorist, voluntaryist, anarchist, minarchist, anarcho-capitalist, objectivist, etc. It’s a debate they love, and it keeps them nice and distracted from ever, you know, actually doing something to realize their goals. Conservatives are starting to embrace that mania too. Witness the loving reception that certain elements on the right have given to “cuckservative.”

The left, on the other hand, has pursued a much wiser and more effective strategy. With the help of friends in the media, the left desires to create the impression that there are only two sides to any issue: “right-wing” and “normal.” Because there’s a time to stick a marginalizing label on something, and there’s a time not to. The left gets this. That’s why there’s no Democrat version of “RINO” (“Republican in Name Only”), that neat little creation that keeps Republicans forever warring with one another, often in bizarre and contradictory ways. (In 2011, Trump was the RINO. In 2015, those who oppose Trump are the RINOs.) Make no mistake: There are those within the ranks of Democrat voters who think the party is too establishment. This particular demographic, made up disproportionately of “people of color,” dismisses the entire system as incurably racist, capitalist, patriarchal, imperialist, Jew-run, etc. This demographic wants revolution. They want to burn the entire system down. And the Democrats have done a stellar job in keeping this rift submerged.

Almost. The fissure surfaced in spectacular fashion about a week ago when two self-appointed “Black Lives Matter” (BLM) activists disrupted a speech by Bernie Sanders, a story that quickly became headline news. But of more interest to me than the headlines was the head-scratching from liberals. “Why would BLM protesters disrupt a Sanders speech?” Conspiracy theories quickly spread that the disruption was a GOP ploy…paid shills…Koch Bros. puppets!

Sadly, no “Rethuglican” Astroturf here. The two protesters who disrupted Sanders are part of that “revolutionary” faction of leftist (primarily but not solely) “people of color” who are normally kept pacified by the party and out of the spotlight by the media. But now, due to the publicity from the Sanders brouhaha, the existence of that faction had to be explained to the MSNBC crowd. The liberal site PoliticusUSA broke the bad news to its readers:

The real BLM wants to work within the political system. Yes, they have demands and they want action. The group that Johnson and Willaford [the Sanders protesters] associate with has a very different approach and agenda. The group is called Outside Agitators 206. Simply put, OA 206 wants to take the state apart and put it back together again as they want it.

The fact that for many mainstream Democrats this was news is a testament to how well the left buries its factional squabbling. And indeed, about a day after PoliticusUSA’s honest appraisal, mainstream Democrats were working overtime to bury the truth. Career leftist Van Jones took to CNN.com to outline the five reasons for the Sanders protest, and wouldn”t you know it, not one of them involved the existence of a segment of the left that has “declared war on the Democratic Party.” As the furor over the Sanders protest waned, we saw, once again, that the media”always so quick to gloat about dissent and squabbling among Republicans”quickly put an end to any discussions of leftist/Democrat factionalism.

And the reality is, neither faction liked the spotlight. The mainstream Dems want to continue to keep their base, especially that all-important “people of color” demo, from devolving into the type of “you”re the RINO! No, you”re the RINO! No, you”re the RINO!” internal bickering that helps keep the GOP stagnant. And the “burn down the system” loons? They like the dÃ©tente with the mainstream because they profit from it. Black “revolutionary” and anti-Democrat Omali Yeshitela of the “Uhuru Movement” (black separatists favoring the partition of the U.S.) got himself a fancy permanent exhibit at the University of South Florida honoring his work advocating the violent overthrow of the U.S. government, courtesy of Obama/Democrat “stimulus” money.

Larry Hales, an anti-Democrat, “burn the pig system to the ground” revolutionary who runs the organization F.I.S.T. (“Fight Imperialism Stand Together”), formed the Labor and Civil Rights Coalition in Defense of the Public Sector along with Dem stalwarts the NAACP, the AFL-CIO, and the Environmental Justice Network. Hales” coalition gives him far more influence than he would otherwise have. And “Aztlan” separatist Ron Gochez, who denounces the Democrat Party as anti-Latino “enemies of the working class,” ran as a Democrat for L.A. City Council in 2013, winning the endorsement of that most loyal of Democrat special interests, the teachers union.

The last thing the revolutionaries want is to lose the tasty table scraps the party throws them, and (more important) the last thing the Democrats want is public awareness (and media coverage) of the factionalism. Indeed, there is every indication that the two “BLM” women who crashed the Sanders rally were loose cannons, because even the group that supported them and blasted out their press release, Outside Agitators 206, appeared to back away from that support when the stunt went a little too well.