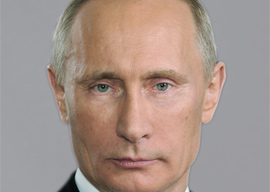 From where I”m sitting”and if you want to get technical, it’s on a cushioned chair in front of a computer on a farm in Georgia”the only way that Russia could possibly have “undermined American democracy” during the last election would be if they”d hacked the voting booths. Regarding hard evidence of Russia doing this, I have seen nada, zilch, goose eggs, and a huge black gaping empty intergalactic rectal tunnel of nothingness.

Still, a poll in late December found that 52% of Democrats believed that Russia directly “tampered with the vote tallies.” Mind you, even Barack Obama said that didn”t happen.

You remember the Democrats, don”t you? They were the party who for decades would gaslight anyone concerned about Soviet communism as being some paranoid dupe of propaganda, sneering at them coastal-elite-style as some low-info true believer in the “Red Scare.” Mind you, this was when Russians actually were infiltrating US government and media. It’s also when they were slaughtering millions of their own citizens and injecting psychiatric medication into anyone whose brain even dared to burp up the mildest “reactionary” thought.

“When it comes to this mass delusion that Russia “stole” the election, I am forced to bellow, “WHERE’s THE BEEF?””

The inestimably charmless Hillary Clinton’s namesake Foundation reportedly received “tens of millions of dollars“ from Saudi and Qatari high rollers, but I can”t seem to remember MSNBC or The Washington Post or CNN or The New York Times ever accusing her of being a “puppet” of these regimes, nor of those countries attempting to interfere in our elections. And I can”t recall any major American news outlet ever, not even for a millisecond, accusing either major party of being under Israeli influence, even though, I mean, c”mon….

So when it comes to this mass delusion that Russia “stole” the election and that Trump is an “illegitimate” president”an idea shared not only by congressional Dumbos such as John Lewis and Maxine Waters but a freaking majority of millennials”I am forced to approach the microphone and loudly bellow, “WHERE’s THE BEEF?“

If the allegation is that the Russians wanted Trump to win and therefore gave Clinton consistently negative coverage on state-owned Russia Today and other outlets, so what? With stark exceptions such as Drudge and Breitbart, it seems as if the entire American media had dispensed with even the pretense of objectivity and went into a full-on feeding frenzy against Trump.

So is all this noise really about nothing more than humiliation over the fact that at least this time around, the Russians were better at the propaganda game than the Americans were? Is that why they”re lashing out like the sorest sore losers in world history?

Or is the issue that foreign governments should never try to influence other countries” elections? If so, why was there no outrage when Obama used taxpayer money in an attempt to sway the 2015 Israeli parliamentary elections? Why is there not even remotely the same level of hysteria at the documented fact that for decades, the USA has subverted elections all across the globe”and when they failed at that, they just flat-out assassinated people?

These gullible empty vessels who blame Russia”rather than, oh, Clinton“for Clinton’s loss are the same deluded blockheads that for generations have worshiped government power and media authority to the point where they scoffed at the mere mention of “conspiracy theories.” Yet suddenly”with, as far as I know, not even one tiny teenage female hamster pubic hair’s worth of evidence”they are convinced beyond all doubt that the Russians, rather than disgruntled American voters, decided this election?

If you want to talk about the popular vote, you still wind up looking dumb. Both Trump and Clinton”and all of their lackeys”were fully aware of how the president is elected in this country. Rather than stumping tirelessly through the Rust Belt like Trump did, Clinton preferred to cloister herself away at one of her countless coastal enclaves receiving ancient Hindu lesbian salt massages. For all of the aspersions cast on Trump’s intelligence, he was the only candidate who seemed aware of which game board they were playing on.

So again”what’s the best they have? The idea that Trump advisers talked to Russians during the campaign? OK. But so did Clinton’s camp, so you don”t have a point there, either.