The Sin of Chivalry 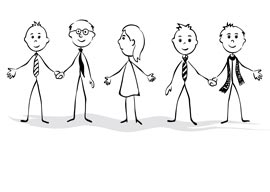 But we live in an age where nothing needs to make sense anymore. Feminism has morphed into an ideological form of nymphomania”despite every new conquest, they”re never satisfied. In their insatiable lust for power, they”ve hand-knitted an insane new world where everything is sexist.

When Dan Aykroyd began sketching out his plans for yet another Ghostbusters sequel that stayed faithful to the original in the sense that the title characters are all males, the project was smeared as “sexist.”

If you”re a small woman who buys a large dog as a pet, gird your loins, adjust your codpiece, and get ready to be bombarded with sexist comments.

Even seemingly innocent items of clothing are sexist these days, although I”m sure you already knew that.

“Were you aware that merely being nice to women is sexist?”

But were you aware that merely being nice to women is sexist, too? Did you realize that it’s possibly the most insidious, dangerous, and possibly even reptilian form of sexism known to womankind?

According to a study released last month in the journal Sex Roles, the mere act of smiling at a woman while playing a board game with her is laced with poisonous patriarchal condescension and an ineffable yearning to oppress the fairer sex.

The study’s male coauthor, a Ph.D. student named Jin Goh”which sounds like my name if I were Chinese”said without blinking:

While many people are sensitive to sexist verbal offences, they may not readily associate sexism with warmth and friendliness….Unless sexism is understood as having both hostile and benevolent properties, the insidious nature of benevolent sexism will continue to be one of the driving forces behind gender inequality in our society.

Great. I”m sure you”re a real hit with the ladies, fella.

According to study coauthor Judith Hall:

Benevolent sexism is like a wolf in sheep’s clothing that perpetuates support for gender inequality among women at an interpersonal level….These supposed gestures of good faith may entice women to accept the status quo in society because sexism literally looks welcoming, appealing, and harmless.

Preach on, my prickly sister. There’s nothing more traumatizing on Earth than gestures that are warm, welcoming, appealing, and harmless.

This idiotic term””benevolent sexism””was allegedly coined in 1996 by a pair of sad sacks named Peter Glick and Susan Fiske:

We define benevolent sexism as a set of interrelated attitudes toward women that are sexist in terms of viewing women stereotypically and in restricted roles but that are subjectively positive in feeling tone (for the perceiver) and also tend to elicit behaviors typically categorized as prosocial (e.g., helping) or intimacy-seeking (e.g., self-disclosure) ….[Benevolent sexism is] a subjectively positive orientation of protection, idealization, and affection directed toward women that, like hostile sexism, serves to justify women’s subordinate status to men….

As if it has anything whatsoever to do with science, Scientific American published a 2013 piece about benevolent sexism:

The warm, fuzzy feelings surrounding benevolent sexism come at a cost, and that cost is often actual, objective gender equality.

If pressed, I doubt whatever “scientist” wrote that would be able to remotely establish an “objective” definition of “gender equality.”