The Spy Who Stayed Out in the Cold 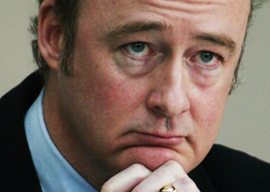 For folks who recoil at the thought of hunting animals, progressives sure do enjoy stalking human prey, especially the female of the species.

Twitter bullies calling themselves #StopRush ganged up on a North Carolina realtor who advertises her business on one of Limbaugh’s affiliate stations. To her credit, she Tweeted back, “I will advertise wherever I damn well please.”

Ann Coulter was disinvited from Fordham University. Students knew they didn”t want her on campus, even if they weren”t quite sure why.

Oh, and then there’s what happened to me.

Last Thursday marked the 23rd anniversary of the Montreal Massacre, when a young man yelled, “You”re all a bunch of feminists!” before shooting and killing fourteen female engineering students.

Canadians are obliged to “remember” this event every December 6″I call it “Never Hear the End of It” Day”while conveniently forgetting that killer “Mark LÃ©pine” had been born Gamil Gharbi, the son of a Muslim immigrant wife beater. LÃ©pine may have (if my Montrealer friend’s recollection of the immediate news reports is reliable) yelled “Allahu Akbar” during the shooting.

No, the Montreal Massacre is held up as proof that all (white) men are wife-beating rapists-in-waiting, and all guns are penis substitutes that should be banned.

“We all get the biggest laugh out of the fact that Kinsella’s campaign against me keeps backfiring.”

The nation’s flags”I”m not joking”are flown at half-mast. It’s a liberal High Holy Day, commemorated most seriously at college campuses.

Hence the University of Western Ontario’s student radio station’s decision to ban male voices on the air this December 6.

This left Ontario libertarians Robert Metz and Robert Vaughan with a dilemma. Their show Just Right airs on CHRW every Thursday and comprises the only hour of the week devoted to non-Marxist programming.

Banned from their own program, the Bobs asked me and our mutual vagina-having friend Mary Lou Ambrogio of the International Free Press Society to sit in for them. We agreed. I announced my guest-hosting gig on my blog.

That’s when Warren Kinsella tried to prevent me from going on the air.

Kinsella is a self-described “ass-kicker“ and a well-known, powerful, and widely feared Liberal Party operative. An interesting version of his CV can be seen here.

“¢ Having to apologize to a female Conservative Party candidate for implying she”d be happier “baking cookies” and for joking that Chinese people eat cat meat. (Which they do.)

“¢ Photographing swastika graffiti in a bathroom stall to demonstrate the looming Nazi invasion of Canada or something.

“¢ Employing his well-known fondness for ellipses to accuse a conservative author of using racist slurs…then using similar slurs himself. (To “make a point,” naturally. Remember: It’s always different when they do it.)

“¢ Repeatedly challenging a conservative pundit to a debate”then backing down when the latter agreed.

“¢ Whatever the hell this is.