The Theology of Climate Change 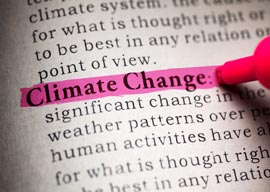 For a long time I have intended always to carry a small notebook with me when I go to second-hand bookshops to take down a list of the most boring titles ever published. Frequenters of such shops will know what I mean: A History of Banking in Costa Rica 1880 “ 1915, Cattle Breeding in Marshland, that kind of thing. Oddly enough, a list of boring titles might in the end be very interesting, in obedience to one of the three purported laws of dialectical materialism: that of the transformation of quantity into quality.

Alas, I have never succeeded in carrying such a notebook with me, not even once. Another notebook I have thought of keeping, but never managed to keep, is one in which to write down the most boring or unreadable paragraphs ever written. Today I happened across a worthy entry to such a notebook in the British Journal of Psychiatry. Full marks (for persistence and determination) for anyone who can read right through to the end of the following:

“Photovoice”, a community-based participatory research methodology, uses images as a tool to deconstruct problems by posing meaningful questions in a community to find actionable solutions. This community-enhancing technique was used to elicit experiences of climate change among women in rural Nepal. The current analysis employs mixed methods to explore The subjective mental health experience of participating in a 4-to 5-day photovoice process focused on climate change. A secondary objective of this work was to explore whether or not photovoice training, as a one-time 4- to 5-day intensive intervention, can mobilise people to be more aware of environmental changes related to climate change and to be more resilient to these changes, while providing positive mental health outcomes.

“This is not so much science as it is religion, in which the god worshipped is the bringer-bout of future catastrophe, a kind of Kali, whose destructiveness must be appeased by word, puja and sacrifice.”

The timing of the publication of this wretched paragraph and its associated “study” could hardly have been more unfortunate, for I am sure that Nepali women have something more pressing on their mind at the moment than climate change. Geological change probably seems more important to them now.

The paragraph I have quoted was truly representative of the intellectual quality and honesty of what followed. “Climate change,” say the authors, “is the largest global health threat of the 21st century and, despite limited empirical evidence, it is expected directly and indirectly to harm communities” psychosocial well-being.” This is not so much science as it is religion, in which the god worshipped is the bringer-bout of future catastrophe, a kind of Kali, whose destructiveness must be appeased by word, puja and sacrifice.

The abysmal level of what is written can be gauged in a table in the paper that is headed “Examples of participants” accounts of the effects of climate change on their mental health and well-being, and useful adaptive strategies.” It is divided into two columns: “Theme” and “Quote,” in the latter of which one of the subjects of the experiment, if that is what is what it was (ideological indoctrination might be a better term), is quoted, whether representatively or not it is impossible to say. Ten women took part, half of them from upper castes, and half of them from the Dalits, those whom we once called untouchables. Since Dalits were quoted six times out of the eight, and only five Dalits took part, at least one, and I suspect more, were quoted more than once.

Under the heading of “Theme” (there were 8 “Themes), we read “Importance of sharing stories to build confidence and ease pain.” This is the quotation that follows: “In this training, we learned that we women need to come together and talk and sing and dance. All of us women have pain in our heart, so we can come together, talk about funny things and smile too to get rid of pain. This also we learned… Besides that, I also learned to speak in front of people.”

You might think, as judges say in their summings-up when about to cast doubt on some evidence heard in the case, but to which they must nevertheless draw the attention of the jury, that this Theme and its associated Quote had nothing whatever to do with climate change. Moreover there is even an irony about the process of “coming together;” for in describing how after the experiment was over the authors arranged two photographic exhibitions in the local community center, they say that “one [was] for lower caste, one [was for] upper caste, as interactions between castes is [sic] limited.”