The Unsurprising Sexism of Male Progressives 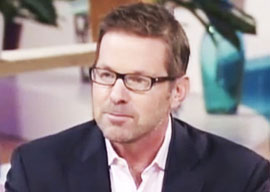 “I”ve been married to a capitalist, a communist, and a fascist, and neither [sic] would take out the garbage,” Zsa Zsa Gabor supposedly said.

In the pre-Internet era, I”d attributed a shorter version of that quip to actress Elizabeth Ashley and used it as the epigram for the first poem I ever wrote.

It related the true story of my fight with a Trotskyite at an anti-apartheid rally:

and he said You obviously know nothing about the history of feminism
So Tracey screamed Then tell us all about the time you were gang raped
And the three of us pushed him into a grey Globe & Mail box
and stomped off to join what had been advertised
as A Day of Peaceful Protest.

During my stint on the left, I met white-ribbon-wearing “male feminists” who were sincere, thoughtful, and decent, but many others ranged from patronizing to abusive.

So sexist “progressive” men such as Anthony Weiner, Bob Filner, and Eliot Spitzer don”t surprise me, but why is anyone else shocked by their hypocrisy? I”m not just thinking of Bill Clinton or Ted Kennedy; second-wave feminism began as a revolt not against mean old fathers and bosses, but against the misogynist college boys running the “60s peace movement. (Eldridge Cleaver, anyone?)

In contrast (and contra Zsa Zsa), the “right wing” guys I know are matter of factly gender-blind. No neocon’s ever called me “honey.”

Which brings me to Hugo Schwyzer.

Schwyzer is “Internet famous” on the left while remaining a near nonentity on the right, even as a figure of fun.

On August 1, Schwyzer wrote on his highly polished, headshot-heavy site:

That night, he tried to kill himself.

What brought that on? An avalanche of new revelations that, compounded with older, equally sordid stories, finally drove Schwyzer (almost) over the edge.

The old flakiness? Schwyzer converted to Judaism so he could marry his fourth wife. He was voluntarily circumcised at 37 because, he wrote, “I wanted to feel as if I was starting over sexually.” He once tried to kill a girlfriend and himself. “He systematically picked on Women of Color.”

After selling himself as a devoted family man and recovering alcoholic, Schwyzer has admitted that he’s lied about his sobriety and has had two physical extramarital affairs along with one virtual “sexting” fling with a “sex worker activist” who, like him, has borderline personality disorder. (“It made her even sexier.”)